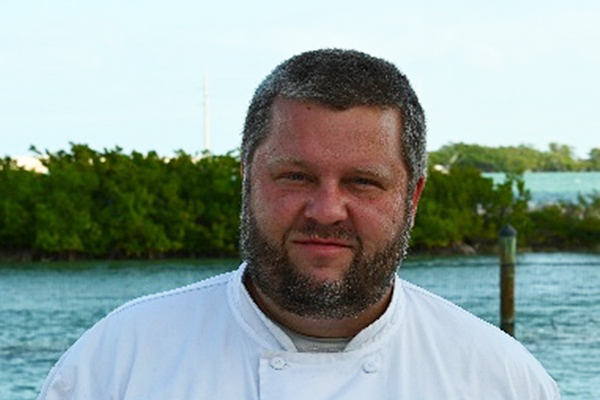 Prior to joining Hawks Cay, Director of Food & Beverage Albert Bilotti served as the general manager of restaurant operations for Morada Bay, a well-known seaside dining locale located in Islamorada, Florida. Originally from New York, Bilotti relocated to the Florida Keys following a long career in the hospitality industry having worked at several leading resorts across the country where he led food and beverage operations and programming including The Roosevelt Hotel, Waldorf Astoria, The Resort at Squaw Creek, and La Posada de Santa Fe Resort & Spa, just to name a few. At Hawks Cay, he will be working directly with the Executive Chef to ensure a world-class dining experience for guests at each outlet, representative of both the Florida Keys locale and the culinary brand the hotel has chartered.

Executive Chef Patrick Cleary comes to Hawks Cay from Morada Bay where he led a dual restaurant culinary team serving the notable Pierre’s Restaurant and The Beach Café in the Florida Keys. With more than 20 years of experience working in the hospitality industry at hotels such as Hilton Denver City, Destination Hotels’ Resort at Squaw Creek, and Waldorf Astoria Casa Marina Resort, Chef Patrick is no stranger to creating memorable culinary experiences for multiple dining outlets that come together to deliver one complete offering for guests. He has prided himself on focusing on the freshest locally sourced ingredients and implementing modern culinary principles and techniques into each dish. At Hawks Cay, he will work directly with Bilotti to bring new and exciting culinary concepts to the menus at Angler & Ale, Sixty-One Prime, and Hawks Cay Marketplace, as well as the other fast-casual outlets throughout the resort.

“We warmly welcome this dynamic duo to invigorate new elements into Hawks Cay’s dining outlets,” said Sheldon Suga, vice president and managing director of the resort. “Individually, their expertise makes them both exceptional for their roles, now, with their combined visions, resort guests are set to delight in a completely refreshed culinary offering at the Hawks Cay.”