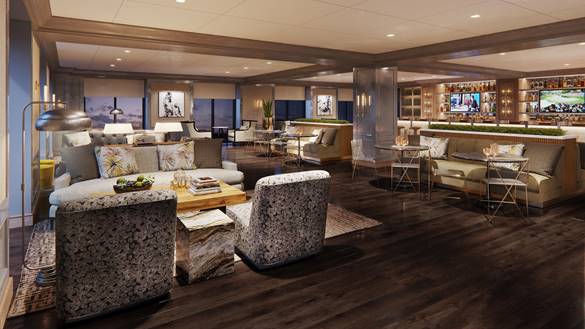 ROCKVILLE, MD. – The Cambria Hotels brand, franchised by Choice Hotels International, Inc., officially enters the Houston market with the opening of the Cambria Hotel Houston Downtown Convention Center. The 21-story, 226-room hotel is an adaptive reuse of the iconic Great Southwest Building, formerly known as the Petroleum Building, and marks the brand's fifth Texas location. The hotel is among seven Cambria locations expected to open this summer in top-tier markets across the country – including the Cambria Hotel Richardson – Dallas – together representing over 1,200 upscale rooms.

Located in the heart of the central business district at 1314 Texas Ave., the Cambria Hotel Houston Downtown Convention Center is a short walk to the George R. Brown Convention Center and Minute Maid Park, the home stadium of the city's professional baseball team. The hotel is convenient to major corporations and the region's largest employers, including Chevron Corp., JPMorgan Chase & Co. and United Airlines, as well as the city's many entertainment, dining, culture, history and arts offerings, including the Theater District, Avenida Houston, Main Street and the Historic Market Square neighborhood.

"With over a dozen Cambria hotels open or in development in the state, we have big plans to expand in popular urban markets across Texas," said Janis Cannon, senior vice president, upscale brands, Choice Hotels. "Cambria is rapidly expanding in the Lone Star state's biggest markets – and Houston tops that list as one of the nation's largest, most diverse cities. Guests who stay at the Cambria Hotel Houston Downtown Convention Center will love how the hotel puts a modern twist on historic Art Deco architecture, creating a truly unique sense of place that's sure to leave a lasting impression as they return from their business of the day."

There are currently more than 40 Cambria hotels open across the U.S. in popular cities, like Chicago; Dallas; Los Angeles; Nashville, Tenn.; New York; New Orleans; Phoenix; and Washington D.C. The brand is on pace to break its openings record for the second straight year and is fast-approaching 50 open Cambria hotels.