Iberostar uses AI to become zero waste and save 1,600 tons of food per year 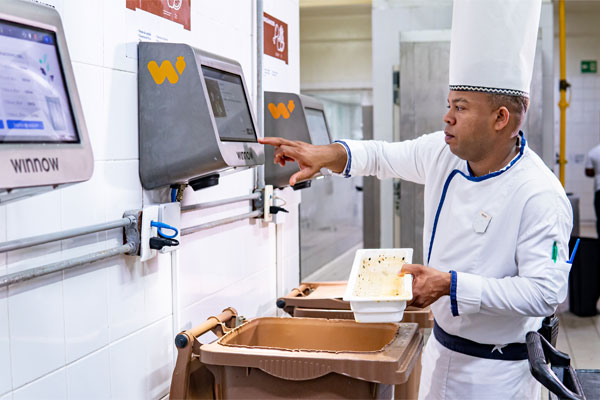 Iberostar Group will install Winnow technology in its more than 100 hotels to prevent the waste of 5 million meals per year and stop emitting almost 8,000 tons of CO2 per year.

PALMA DE MALLORCA (SPAIN) – On the United Nations International Day of Awareness of Food Loss and Waste, the Iberostar Group announced its ambitious plan to install artificial intelligence in its more than 100 hotels globally to become zero waste, reduce food waste and save more than 1,600 tons of food in the first year.

This commitment by the company will become a reality thanks to an innovative system, based on technology from the Winnow company, which will contribute to ending food waste and bringing the company closer to its goal of being free of waste sent to landfill by 2025. The Iberostar Group committed itself to this zero-waste objective in 2020 with its own 2030 Agenda, which also includes being carbon neutral by 2030.

According to Sabina Fluxá, Vice-Chairman & CEO of Iberostar Group, "Reducing food waste is key to meeting our 2030 Agenda goals. The value of food cannot be underestimated, and, at Iberostar, we want to ensure it is not wasted. In addition to training our employees to address food waste, we have put in place this innovative system to reduce the amount of waste we produce without  affecting the guest experience. We are convinced the use of state-of-the-art technology, training, and innovation dedicated to removing food waste will help us reduce climate impacts, achieve our goals, and contribute to broader global goals that benefit the planet."

According to Marc Zornes, CEO & Co-founder of Winnow: “Sustainability is a top priority for Iberostar and we are excited to support them in tackling the issue  of food waste. By understanding, reporting and managing food waste’s very real costs, both the bottom line and the environment benefit. Iberostar hotels already using our AI-technology are seeing food waste reduced by 35% or more. Whilst we are proud of this achievement, the recognition belongs to Iberostar employees who are working with our analytics every day. We look forward to working together with them and their colleagues around the world in the future as we scale our impact together.”

Given that 60% of Iberostar's waste is food, reducing food waste is an integral part of achieving this goal. This commitment is also aligned with the United Nations SDG 12.3, which aims to halve global per capita food waste by 2030.  Food waste accounts for up to 10% of the world's greenhouse gas emissions and combating it is necessary to fight climate change. Tackling food waste will also impact the company's financial results as it is estimated to save between 8% and 20% of food costs. Since 2021, the technology based on Winnow AI has been installed in five Iberostar hotels, saving 618,000 meals per year and 1,065 tons of CO2e per year.

After successful pilot programs at Iberostar hotels in Europe, the Caribbean, and Latin America, Iberostar is now rolling out the technology globally across all hotels starting in September this year.  Typically, establishments using Winnow's technology cut food waste in half in 12 to 24 months.

How AI works at Iberostar
The Winnow systems implemented in Iberostar kitchens know exactly what they throw away, what they save, and how they can make smarter decisions based on real data.

The kitchen staff, trained to work with the tool, uses a tablet to identify discarded food, while a camera identifies food items (capable of capturing up to 600 food items). A scale measures the weight and sends a message to the chef, indicating the cost, weight, and quantity of food discarded.

All this data is uploaded to the cloud, where the food waste from each day is recorded and analyzed. With the preparation of daily, weekly, and monthly reports, Iberostar kitchens receive the necessary information to promote improvements in their production processes. Those improvements will ultimately help Iberostar save money and reduce its environmental impact.

Utilizing AI in its kitchens will allow Iberostar to improve the customer experience and quality of service. This will be done by improving efficiencies in the kitchen, paying more attention to environmentally-conscious materials, and innovating with techniques such as slow cooking .