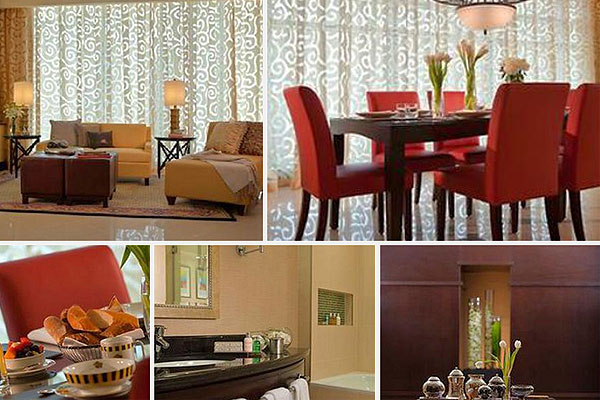 DUBAI, United Arab Emirates and BETHESDA, Md. – Marriott International., Inc. is preparing for significant growth within the Middle East and Africa (MEA) announcing the signing of a 300-suite Marriott Executive Apartments and unveiling plans to open 17 new properties across the region this year. At present, the hotel company operates nearly 150 properties in the MEA region across nine brands in 19 countries. The latest announcements come during the Arabian Hotel Investment Conference (AHIC) taking place from April 26–28 in Dubai.

Along with the Doha Marriott Executive Apartments, due to open in 2019 and the first of its kind in Qatar, the company's latest growth will also see its footprint increase in priority markets such as the United Arab Emirates and Saudi Arabia. A collective 10 new properties representing 4,600 rooms are set to open across these two countries between 2016 and 2017. In Saudi Arabia in particular, the company has revealed that 21 new hotels with approximately 4,200 rooms have been slated to open by 2025.

"We have ambitious plans for growth internationally, and the Middle East and Africa will play a large role in helping us achieve both our short-term and long-term targets," said Alex Kyriakidis, President and Managing Director, Middle East and Africa of Marriott International. "This year's AHIC theme of 'Eye on the Future' is particularly timely as we feel that where there is change, there is also opportunity. What will determine success within the hotel and hospitality industry is the ability to capitalise on that change, identify the opportunities, and be nimble enough to leverage them."

Marriott International has also set its sights on new geographies within the MEA region. The company anticipates its footprint to expand into eight new countries between now and 2025. This will include its first hotels in Iraq, Gabon, Rwanda, Tunisia, Benin, Kenya, Libya and Mauritius.

Capitalising on opportunities within the region, Marriott International has set a clear objective to be represented in all major gateway cities, commercial centers and established resort destinations while catering to a wide variety of market segments. Each of Marriott International's brands, including those in the pipeline, target a specific segment and support the increased inflow of visitors within that segment.

Topics such as the evolving economic climate, the ever-changing geopolitical landscape, as well as safety & security will be front and center at this year's AHIC, according to Kyriakidis who will be speaking live at the conference. The regional executive will be joined by Arne M. Sorenson, President and Chief Executive Officer, Marriott International, who will discuss the overall shape of the industry moving forward during a keynote session hosted via Skype and streamed at the conference.

The extended-stay segment as represented by expanding Marriott International brands' Marriott Executive Apartments and Residence Inn, is also anticipated to be another key feature of this year's AHIC agenda. According to Marriott International, which has been a long-standing leader in the extended-stay segment, new offerings are being designed for travelers who seek balance on the road along with large suites and upscale amenities. Today it's not only the executive traveler who seeks out an extended-stay property, but also young families who are looking for a home-like environment where they can still experience the comfort and convenience that they would benefit from in a hotel, such as free Wi-Fi and complimentary breakfasts.

A large part of the company's expansion will also focus on bringing the right people on board to deliver Marriott International's vision within the Middle East and Africa. By 2018, the company is anticipating its team—individually known as Associates—to grow to 21,000 within the region. As part of its efforts to attract talent to the hospitality sector, Marriott International has supported career opportunities for Arab youth through initiatives that reshape conventional perceptions of the hospitality profession. This includes a recent partnership with INJAZ Al-Arab, the MENA regional office of Junior Achievement Worldwide, to launch the organization's youth empowerment campaign 'Expand Your Horizon'.

Marriott International marks another year of strong acceleration in signings