Newsletter
HomeRegional NewsAfricaMelia earned 100.7m. euros in 2016 (+180%) thanks to the positive performance of the hotel business
Hospitality 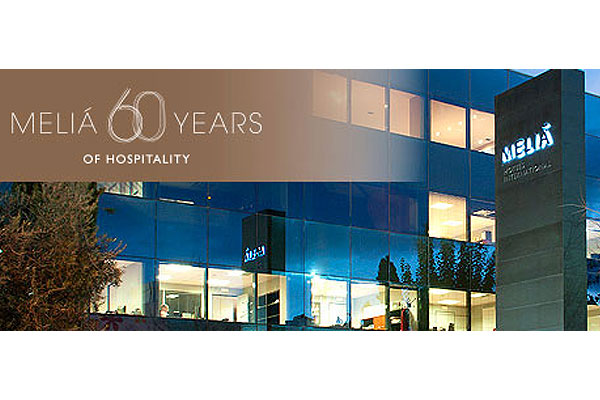 Consistent international growth and the strength of the resort segment benefit the company, the leader in Mediterranean resorts and in other first class destinations.

PALMA DE MALLORCA, SPAIN – Melia Hotels International earned profits of 100.7 million euros in 2016, an improvement of 180% over the previous year, and remarkable considering that hardly any capital gains from asset rotation were generated over the year. Excluding the effect of capital gains, company EBITDA improved by 14%, and revenues reached 1,798.4 million euros (+7%).

The improvement in EBITDA margins of almost 100 basis points is also very positive, even more so as it has been achieved while still meeting the growth and repositioning objectives which are fundamental to company strategy. Financial results also saw 49% improvement , attributable both to consistent reductions of company debt (down by 226 million euros since December 2015) and a reduction in the average interest rate of 90 basis points, leading to financial savings of over 28 million euros.

RevPAR (Revenue Per Available Room), the figure that best indicates the evolution of the hotel business, achieve levels above those of the peak of the previous cycle in 2007 in all regions, demonstrating that the spectacular performance of the hotel business is supported by a consistent strategy in which Melia believes the key factors are:

The Circle, reinventing the vacation club
For the Melia Hotels International Vacation Club, up to now known as Club Melia, 2016 was a year of transition and transformation as the company's Strategic Plan required its reorganization, integrating management and operations functions, and the optimization and standardization of sales processes through digital channels. The transformation also aims to maximize the efficiency of the Club's assets, aligning them with the asset rotation strategy, improving inventory management, and concentrating inventory and sales efforts in destinations such as Mexico and the Dominican Republic.

The result is a new concept called "The Circle" to replace the previous Club Melia which has already begun to transfer existing customers. In addition to a strong link to the MeliaRewards loyalty programme, The Circle also offers members more flexibility and greater variety, as well as focusing far more on the exclusivity of the experience offered to members. In December, a first stage of the new programme was launched in Punta Cana in the Dominican Republic, where the construction of a new 432-unit luxury resort has begun in which The Circle members will have priority.

Improved results in all regions
In the Americas, RevPAR increased by 3.8%, confirming the positive performance seen in the third and fourth quarters, showing a notable improvement in prices even as pressure on occupancy remained. This is due in large measure to the contribution of the Innside New York Nomad, which has become the hotel with the highest average annual rate in spite of opening only recently.

With respect to 2017, performance is expected to be somewhat weaker in the Dominican Republic and more positive in Mexico, benefiting from the re-opening of the ME Cancun in March after a thorough renovation and the recent re-opening of the Paradisus Los Cabos after an extensive renovation and rebranding, which will increase the contribution of these two important company-owned resorts.

The EMEA region had a very strong performance in 2016, with an increase in RevPAR in the region of 12.4% thanks to the extraordinary performance of hotels in Spain and Germany and to the slow but consistent recovery of markets such as the United Kingdom and France in the fourth quarter. Italy (where Milan continued to struggle with the comparison with the previous year in which it hosted the Universal Exhibition) and the Middle East underperformed, however, compared to 2015.

Spain reported an outstanding performance both in city hotels – with significant growth in hotels such as Gran Melia Colon in Seville and Melia Barcelona Sky – and in resort hotels, once again thanks to the ME Ibiza and the Gran Melia Palacio de Isora, one of the best resort hotels in Europe. The performance of the Gran Melia Palacio de los Duques in Madrid in the few months since its opening has confirmed its vocation to become one of the "top" hotels in Madrid.

The region is expected to see positive evolution in general in 2017 that will translate into a high single-digit growth in RevPAR, with a positive year for Germany and a change in trend in France and the UK, where RevPAR will increase in the first quarter by double digits, and a good year in Spain, especially for luxury hotels.

All of the destinations in the Mediterranean region, where RevPAR grew by a spectacular 42.8%, reported an improvement in results compared to 2016, highlighting the considerable increases in prices in line with the investments in hotel improvements and repositioning and the work done on the company's brands. The season was also significantly longer, with a more positive performance from resorts in October, thanks to the strategy of renovation and repositioning not only hotels, but also tourist destinations and mature tourist areas.

Within the region, the performance of the Canary Islands, especially Tenerife, and Balearic Islands is more focused on the summer months thanks to the remarkable evolution of repositioned and rebranded hotels such as the Sol Katmandu Park & Resort in Magaluf, Mallorca, the Sol House mixed by Ibiza Rocks in Ibiza and Mallorca, or the new Sol Beach House resorts in Mallorca, Menorca and Ibiza, with an attractive concept designed for adults only. Finally, Cape Verde also recorded an exceptional performance, doubling its results with an additional production of 27 million euros.

In 2017, it will be key for the region to continue to improve rates and to continue the repositioning process in mature destinations such as Magaluf (Mallorca), having managed not only to change the image and quality of the hotels, but also the customer value proposition and segmentation, extrapolating this strategy to other destinations where it has an important presence, such as Torremolinos in Malaga, among others.

On a note of uncertainty, Brexit has not yet caused a significant drop in sales through British Tour Operators, although there has been a slight slowdown in melia.com sales in the UK market caused by fluctuations in the exchange rate, which the company expects to offset with higher demand from other markets. Results of Brexit also include effects such as the increase in advance booking (reducing potential risks), the greater demand for all-inclusive products and 3 and 4-star hotels, and higher demand in the low and shoulder seasons.

The performance in Spain (city hotels) was generally positive, especially in the summer, with RevPAR improving by 9.4%. Highlights in the eastern Spain region included hotels in Catalonia, Valencia and the Balearic Islands, especially due to the behaviour of the MICE segment and company specialization in the "bleisure" segment, in which its experience in resort hotels allows it to maximize the experience and profitability of hotels in cities that have an important leisure component. In central Spain, Madrid reported notable improvements over 2015, while in southern Spain the hotels in Granada (after the renovation of the Melia Granada), Seville and Malaga stood out. Hotels in Bilbao, Galicia and Zaragoza also recorded excellent results.

The region expects a good 2017 in Madrid in the MICE segment, as well as further improvements in hotels in Palma de Mallorca, with the addition of the new Palau de Congressos (Convention Centre) in Palma and its adjacent hotel, the Melia Palma Bay. Barcelona expects to see a recovery in the MICE segment with the biannual celebration of the Mobile World Congress, and in the south of the country expectations are positive for the Easter break in April and for the ski hotels.

In Cuba, Melia results continue to improve thanks to a 10.3% improvement in RevPAR largely attributable to improved rates (+17.1%), especially in Santiago de Cuba and Havana. The normalization of relations between Cuba and the United States allowed the arrival from the 4th quarter 2016 onwards of 14 non-stop daily flights to Havana and new non-stop connections to Varadero, Santiago de Cuba, Holguin, Santa Clara and Camaguey, leading to an increase of 176% in North American travellers to 284,000. The country also met its annual goal of 4 million visitors and, unless there are significant changes, has a positive outlook for 2017

In Brazil, the complex political and economic situation once again had a negative impact on hotel results. As almost all of the hotels are based in cities, they were particularly affected by the slowdown in corporate travel, which also triggered a price war in the hotel industry. On the positive side there is an improvement in inflation and the evolution of emerging markets. Melia anticipates an improvement in rates and the contribution of a new hotel in Rio, the recently opened Gran Melia Nacional Rio with 413 rooms

In Asia Pacific, the company is very proud of results, both in terms of the slight growth in RevPAR and the 25% improvement in figures for hotels under management, all achieved in spite of the major effort in expansion and the renovation of a large number of rooms which limited the increases in the contribution of affected properties. Melia emphasizes the importance of its presence in the fastest-growing market both in the inbound business (travellers to APAC) and outbound travel from Asian countries to the rest of the world, and has reinforced its corporate offices in Shanghai. The growth expected by the company – with 14 hotels in operation and 21 new hotels currently in the opening pipeline – will provide consistent growth in profitability and return on investment in the region.