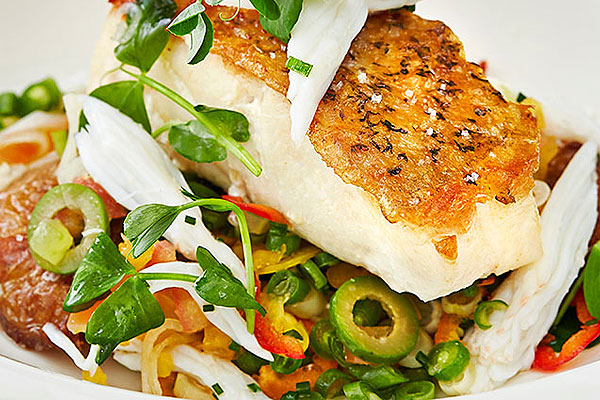 MIAMI BEACH, FLA. – Miami Beach’s popular lifestyle hotel, The Confidante, has teamed up with popular Miami chef Richard Hales to present a new restaurant concept this month: Bird & Bone, which will showcase Chef Hales’ take on the American culinary landscape. The restaurant is the first among many new hotel amenities and programs at The Confidante – which also include a new beach house and signature wellness program – planned for this winter.

Scheduled to launch on Sunday, November 27 with breakfast and dinner previews, Bird & Bone explores the roots of American cuisine. The menu reflects the heart and soul of traditional country cuisine from independent small farms and organic butchers, touching on his passion for Southern dining. Design-wise, Bird & Bone will undergo a make-over, slated for completion in February 2017, marking the restaurant’s full launch. The style of the 165-seat restaurant will transport guests from Miami Beach to a contemporary countryside farmhouse.

“At The Confidante, we have set out to create the ultimate guest experience, and our food and beverage offerings is a crucial part of that,” says JP Oliver, vice president/managing director, The Confidante. “It was love at first bite; I had no doubt that Chef Hales’ interpretation of Southern comfort food would be the perfect addition to our hotel. As we prepare the space for the full experience early next year, we are excited for guests and locals to get a sneak peak now and indulge in Hales’ unique style of cuisine.”

Chef Hales is a beloved chef in South Florida and his restaurants have played an important role in growing Miami’s Midtown area, starting with Sakaya Kitchen in 2009 showcasing a chef-driven menu of Korean street food. Most recently, Hales opened Blackbrick, where he successfully gave authentic Chinese dishes a fresh look. Blackbrick was nominated by Bon Appetit magazine’s “Top 50 Best New Restaurant in America 2014.” Locals also follow Hales’ Asian food truck, Dim Ssam a gogo that launched in 2010 and was named one of the best food trucks in America.

One of the first hotels announced for The Unbound Collection by Hyatt brand, The Confidante has no shortage of exciting on-property offerings, which it’s been ramping up since debuting in the mid-beach neighborhood of Miami Beach in April 2016. In addition to Bird & Bone, the hotel will also soon unveil an array of new culinary, beverage, and wellness experiences for guests including Nina’s House, an eclectic, laid-back beach bungalow hangout, as well as a fitness and wellness partnership with celebrated duo V Art of Wellness. Offered daily starting in early November for hotel guests and non-guests, Christopher and Tracie Vlaun will lead varied fitness sessions such as Dynamic Flow Yoga, Body Circuit Bootcamp, and Beach Body Blast, among others, that take advantage of the hotel’s prime beachside location and open-air spa facilities. After their beachside fitness class, guests are also invited to beautify with hair styling, coloring, blow-outs, makeup application, nail services, waxing and more, within The Confidante’s full-service beach-chic salon, Warren-Tricomi Studio, by famed New York City salon duo Warren-Tricomi.

“We are excited to stake our claim in the vibrant city of Miami,” continued Oliver. “The Confidante is a chic and playful getaway showcasing the best of what Miami has to offer, from its history and design to creative restaurants and a world-class beachfront location.”

The vibe of The Confidante is warm, welcoming, unpretentious, providing guests with everything they need for an uncomplicated and timeless Miami Beach experience. Every aspect of the hotel draws inspiration from a friend's beach house, which is akin to the meaning behind the name, The Confidante: a best friend, trusted insider.

The ConfidanteThe Unbound Collection by Hyatt