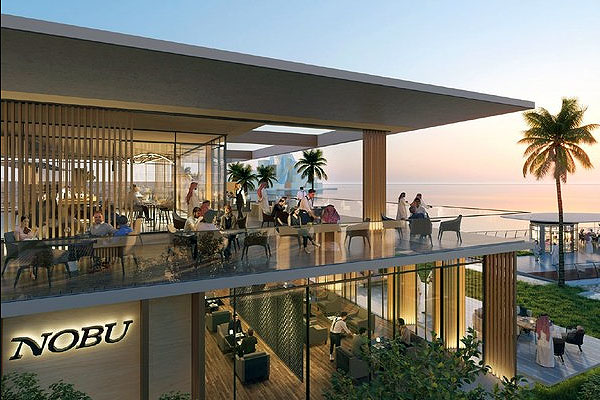 Situated alongside the hotel and just a seven-minute drive from downtown Abu Dhabi, the development includes an exquisite Nobu branded residences.

NEW YORK – Nobu Hospitality and Aldar Properties (PJSC), one of the leading real estate developers and managers in the UAE, announce plans to create the Nobu Hotel, Restaurant, and Residences in Abu Dhabi.

Opening in 2026 on Saadiyat Island, a world class cultural hub, Nobu Hotel will boast 165 luxuriously spacious guest rooms and suites, including a stunning Nobu Villa. As one would only expect from the legendary culinary brand, the hotel will offer unrivalled destination dining including a magnificent Nobu restaurant with spectacular waterfront and Guggenheim Abu Dhabi views mirroring the famed Nobu Malibu. With access to over 8 kilometers of pristine beachfront, guests will also enjoy a state-of-the-art wellness and fitness center, opulent swimming pools, and exclusive access to experience all that Saadiyat Island has to offer.

Situated alongside the hotel and just a seven-minute drive from downtown Abu Dhabi, the development includes an exquisite Nobu branded residences. Offering a mix of multi-bedroom waterfront residences and penthouses with unobstructed views of the Guggenheim Abu Dhabi and positioned in the most coveted location on the island, the Nobu Residences will be one of the most sought-after and desirable addresses in the region. Residents will enjoy the highest level of service, bespoke amenities, and have exclusive access to exceptional social experiences and events only available at Nobu.

Saadiyat Island is a world-renowned, leisure, business, residential, and cultural center.  Graced by the presence of free-roaming gazelles, white-sand beaches, and home to the critically endangered Hawksbill turtles, Saadiyat Island also offers the world's largest single concentration of cultural assets including the Louvre Abu Dhabi, the Natural History Museum, the Guggenheim Abu Dhabi, and the Zayed National Museum as well as other remarkable attractions. Guests and residents of the island can also perfect their swing on the region's premier waterfront golf course, or simply relax on the island's sprawling stretch of powdery white beaches and protected coastal areas.

Nobu enters Abu Dhabi in partnership with Aldar Properties, the master developers of integrated, liveable, and thriving communities across the Middle Eastern region's most desirable destinations.