Italy sustainable tourism market is eExpected to expand at 14.5% CAGR in 2032 says FMI 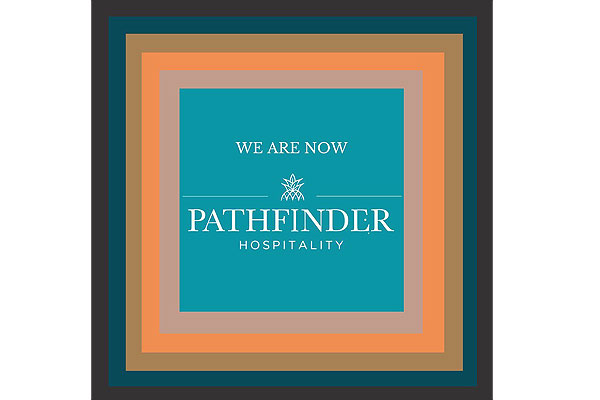 AUSTIN, TEXAS – Pathfinder Hospitality (previously Pathfinder Development), a 3rd party and owner/operator management company headquartered in Austin, announced that it has completed a major rebranding. This rebrand was inspired by all of the company growth and changes that have happened over the course of the pandemic and paves the way for the company’s goals in the future. The rebrand includes a new name, logos, and an entire new color scheme.

Pathfinder Hospitality (previously Pathfinder Development) was started in 2005 and has left its mark in the state of Texas and is looking to go beyond state lines in the near future. Pathfinder’s portfolio of hotels has consistently outperformed and the portfolio will have growth announcements in the new year. Pathfinder’s core pillar is Platinum Service, and that applies to team members, clients, guests, and beyond. Currently, Pathfinder’s portfolio includes the Residence Inn Austin Southwest, Holiday Inn Express & Suites NW Austin Arboretum Area, Best Western Plus Pflugerville, Staybridge Suites – Humble/Beltway 8, Staybridge Suites – Nasa/Clear Lake, and the current development of the Aloft Austin Southwest, which is slated to open in April 2022.

During the pandemic, Pathfinder Hospitality saw an opportunity where many saw fear. Instead of saying “no,” Pathfinder looked for ways to stretch their resources and re-invest time into areas of the business that needed the most attention. As Pathfinder enters 2022, they do so with new sales, revenue, and marketing strategies, a desire to expand in asset classes beyond just hotels, many new team members, and lots of exciting news to come.

Pathfinder Hospitality’s Mission? To provide best in class hospitality by delivering memorable experiences, enriching the lives of others, investing in our teams, and creating high-value growth for all stakeholders. In doing this, Pathfinder will expand the reach of its unrivaled hospitality.

“While the Pathfinder Development name has been established for a long time, company growth and new goals called for a name that encompasses all of what we are looking to achieve as it pertains not only to hotels, but the other asset classes we are planning to expand into such as Multi-Family, Short Term Rentals, and Senior Living (Active Adult),” says Danielle Schneider, Head of Business Development & Partnerships and a 2021 HSMAI Hospitality Hero Award winner. While “Development” will still be a large pillar to the Pathfinder name since they will still be involved in developing projects from the ground up, it was crucial that “Hospitality” be added to the face of the company. Pathfinder was also limited by its logo and brand colors, so the new design and direction allows for more warmth and inclusivity for all hospitality efforts. “The new brand represents the essence of who we have evolved to as an organization and what we aspire to always be,” says Rahul Bahl, Founder and Managing Director.

This rebrand would not have been possible without the partners of Pathfinder Hospitality. Pathfinder partnered up with local Austin agency, Legend & Ko for all designs and final brand guidelines. Legend & Ko’s motto is “Growing Goodness,” and that is exactly what co-founder & designer, Jordan Walkowski, brought to the project. The project was internally supported by the entire Pathfinder team and was led and managed by Pathfinder’s Director of Marketing & Business Development, Melissa (Mel) Miller, who joined the Pathfinder team in May 2020. The website was updated by Zachery Brown, who did Pathfinder’s site relaunch back in September 2020.