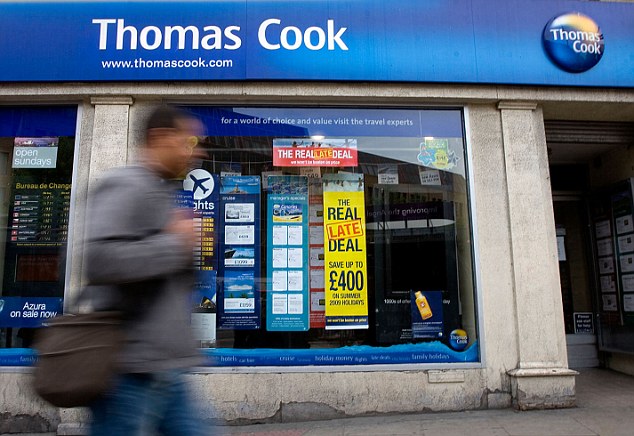 The Group is targeting an injection of £750 million of new money which would provide sufficient liquidity to trade over the Winter 2019/20 season.

Thomas Cook Group announces that it is in advanced discussions with the Group’s largest shareholder, Fosun Tourism Group and its affiliates, and Thomas Cook’s core lending banks on the key commercial principles on which they would make a substantial new capital investment as part of a proposed recapitalisation and separation of the Group.

Under the proposal, the Group is targeting an injection of £750 million of new money which would provide sufficient liquidity to trade over the Winter 2019/20 season and the financial flexibility to invest in the business for the future. At completion, the new money would comprise a capital injection and new financing facilities.

The recapitalisation proposal will require a reorganisation of the ownership of the Tour Operator and Airline businesses which is expected to result in Fosun owning a significant controlling stake in the Group Tour Operator and a significant minority interest in the Group Airline. The proposal envisages that a significant amount of the Group’s external bank and bond debt will be converted into equity, to be agreed following discussions with financial creditors. The Group’s core lending banks are supportive of a recapitalisation and are engaged in constructive discussions with the Group to agree terms. The proposed recapitalisation will not impact trade creditors.

This announcement results from the strategic review of the Group Airline announced in February 2019, and subsequent approaches for the Tour Operator. Since commencing the review, the operating environment in the European travel market has become progressively more challenging. This has impacted the Group’s underlying financial position and its ability to execute a disposal of the Airline or the Tour Operator, either in whole or parts, in a way which returns satisfactory value to the Group and its stakeholders.

The recapitalisation proposal is subject to certain conditions including performance conditions, due diligence, further discussions and reaching agreement with a range of company stakeholders (including the pension trustees, bondholders, other financial creditors and Fosun’s shareholder approval), and receipt of any regulatory and anti-trust clearances or approvals.

The Group has also engaged in constructive discussions with bonding providers, and other critical financing partners to enable it to operate its business as usual through to the completion of the recapitalisation.

Peter Fankhauser, Chief Executive of Thomas Cook commented: “After evaluating a broad range of options to reduce our debt and to put our finances onto a more sustainable footing, the Board has decided to move forward with a plan to recapitalise the business, supported by a substantial injection of new money from our long-standing shareholder, Fosun, and our core
lending banks.

“While this is not the outcome any of us wanted for our shareholders, this proposal is a pragmatic and responsible solution which provides the means to secure the future of the Thomas Cook business for our customers, our suppliers and our employees.”

Current trading and outlook
The Summer 2019 programme is 75% sold, slightly ahead of the same period last year. Group Tour Operator bookings are down 9%, largely consistent with reductions in risk capacity to help support pricing, which is up 2%. While bookings in recent weeks have seen a marked improvement, reflecting the annualisation of the Summer 2018 heatwave, margins remain weak due to continued intense competition with high levels of promotional activity across all businesses.

Group Airline bookings are down 3% overall, with pricing up 2%. Excluding capacity reductions to the in-house tour operator, Group Airline bookings are up 11% reflecting higher sales to third-party tour operators, particularly in Germany, and seat only in all markets. Looking forward, it is clear that the trends experienced in the first half of the year have continued into the second half, reflecting an uncertain consumer environment particularly in the UK, leading to intense competition. As a result, the Group expects underlying EBIT in the second half to be behind the same period last year.

The Group is helping to mitigate these challenges with a rigorous focus on cost, while remaining fully focused on delivering a stronger holiday offering to customers through high quality, higher-margin hotels, underpinned by a digital focus and market-leading innovation.

Forthcoming results dates
All future reporting dates, as previously disclosed, are now under review pending the outcome of the recapitalisation of the Group. As a result, the third quarter trading update originally scheduled for 18 July 2019 is cancelled.