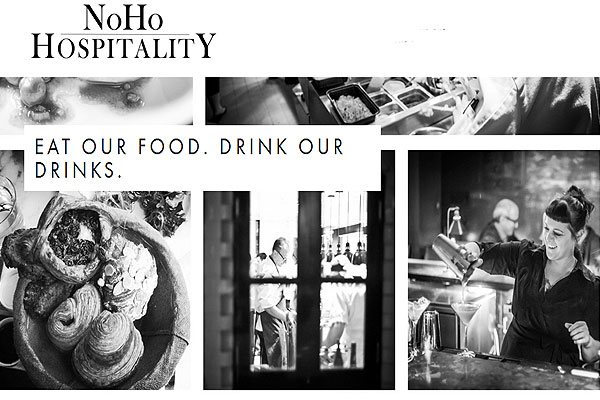 BALTIMORE – Sagamore Pendry Baltimore announced its partnership with NoHo Hospitality Group, one of New York’s most esteemed restaurant and bar innovators, led by Andrew Carmellini, Josh Pickard and Luke Ostrom, for the debut of the hotel in early 2017. Carmellini, a James Beard Award-winning chef, and his partners, will collaborate on all F&B outlets within the hotel, a groundbreaking culinary and entertainment hub featuring multiple dining and entertainment venues for guests and locals to enjoy. This includes the Rec Pier Chophouse and private dining room, The Cannon Room whiskey bar, outdoor pool bar and grill, Sagamore Ballroom for weddings and special events and in-room dining.

NoHo Hospitality Group is renowned for their work in New York City, opening hotspots such as Locanda Verde, The Dutch, Bar Primi, Lafayette, Joe’s Pub and many more. The partnership with Sagamore Pendry Baltimore will mark the celebrated group’s debut in the Mid-Atlantic region, accentuating the ever-evolving culinary scene in Baltimore.

Sagamore Pendry Baltimore sits in the heart of Fell’s Point on Recreation Pier, once famous as an entry point for immigrants to the US; the historic building, formerly home to a community recreation center, was a symbol not only of the city’s all-American heritage and influence but of its prospects and potential as well.

“Andrew Carmellini and NoHo Hospitality Group bring extraordinary experience and talent to the project, and we are thrilled to partner with them on our first East Coast Pendry hotel,” said Michael Fuerstman, co-founder and creative director, Pendry Hotels.

“We're excited to partner with Sagamore Pendry Baltimore and Sagamore Development Co. as they continue to encourage the development of Baltimore, and bring a national eye to the city,” said Chef Andrew Carmellini. “The timing is just right.”