SiteMinder adds 10,000+ rooms to its distribution network with TFE Hotels 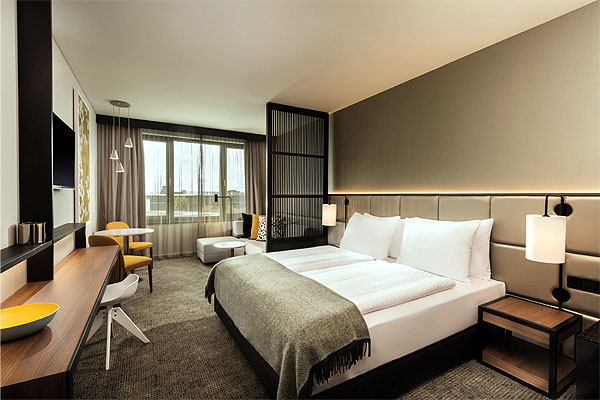 LONDON, UK – The global hotel industry’s leading cloud platform, SiteMinder, announces it has secured a corporate deal to power the distribution of TFE Hotels (Toga Far East). The deal adds the more than 10,000 apartment and hotel rooms of TFE Hotels’ 70 properties across Europe, Australia and New Zealand to SiteMinder’s distribution network, building on SiteMinder’s solid presence within the European region and further heightening its dominant market share in the Pacific.

“Our business is in the midst of its largest ever development pipeline, as we prepare for the opening of 17 new hotels in the next five years. SiteMinder’s strong, local people presence and technical capabilities with its channel manager product both within Europe and the Pacific will be important to helping us achieve success as we scale.”

TFE Hotels is a joint venture between Australia’s Toga Group and Singapore’s Far East Hospitality Holdings. In 1998, it opened what is now Adina Apartment Hotel Budapest and became the first Australian-headquartered group to operate hotels in Europe, where it continues to expand. Nine of its properties are now located within Europe, including two Adina Apartment Hotels in Frankfurt and Nuremberg which opened in late 2016. Two more properties are scheduled to open in Leipzig and Hamburg, Germany, this year, helping to more than double Adina Europe’s current 673-strong room portfolio by 2019.

Mike Kinloch, head of SiteMinder’s Pacific region, says, “It is clear that the automation of technology, through integration, is increasingly driving the decision-making process for hotels globally. Simply being connected is no longer enough. SiteMinder applauds forward-looking hotel groups like TFE Hotels for recognising this and looking at how they can maximise the data being centralised into their systems, so they can, in turn, drive efficiencies and revenue as well as more meaningful conversations with guests prior, during and post-departure.”