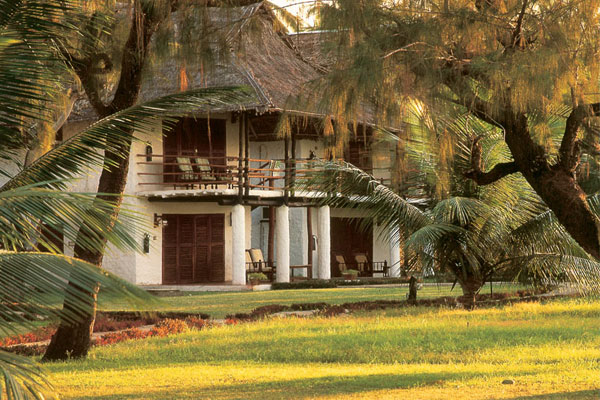 The new visa regulations had a sharp impact on the South African tourism industry.

JOHANNESBURG, SOUTH AFRICA – South Africa’s hotel industry is set for steady growth in the next five years driven by an increase in the number of foreign visitors into the African continent.

According to PwC’s 6th edition Hotels Outlook 2016 – 2020, revenue from hotel room accommodation in South Africa rose 8.1% in 2015 to R14.2 billion, reflecting an increase in stay unit nights and a 6.5% rise in the average room rate. Overall, hotel room revenue is projected to expand at a 7.8% compound annual rate to R20.6 billion in 2020. PwC’s report features information about hotel accommodation in South Africa, Nigeria, Mauritius, Kenya, and Tanzania.

A key factor cited as contributing to the decline was the requirement that foreign travellers appear in person at South African embassies to have their biometric information taken. However, some countries such as India, Russia and China have very few South African visa processing centres.

In October 2015, some of these regulations were eased and the Department of Home Affairs is considering introducing further amendments.

Of African countries, the largest numbers of foreign visitors to South Africa in 2015 came from Zimbabwe (2.1 million), followed by Lesotho (1.5 million) and Mozambique (1.3 million) but all were lower than in 2014.

On a more positive note, the number of monthly overnight tourist visitors to South Africa started picking up towards the end of 2015 and rose above the one million mark for the first time in January 2016, with international visitor numbers up by 16.8% for the months of January to April 2016 when compared to the same period in 2015. Visitor numbers from Europe have increased by 13.6%, China 38.0% and North America 16.4% through to April 2016 when compared to the first four months of 2015. For 2016 as a whole, a 12.4% increase in foreign visitors is anticipated.

Hotel accommodation: South Africa – Nigeria – Mauritius – Kenya – Tanzania
The number of hotel rooms planned in Africa has increased from prior years in the wake of a number of developments across the continent.

Overall, room revenue in South Africa, Nigeria, Mauritius, Kenya and Tanzania rose 6.7% in 2015, the largest gain since 2011. Tanzania had the largest increase with a 14.4% gain, the result of a large increase in the average room rate that offset a drop in stay unit nights.

“It is promising to see a growing number of new hotels that are planned for the South African market over the next five years. We are forecasting an additional 2 600 hotel rooms to be added over the next five years,” says Calicchio. “We forecast that hotel room revenue will grow by 11.9% in 2016 to R15.8 billion.” The interest in new hotel developments in Cape Town reflects its strong growth rates and its appeal as a tourist attraction.

The hotel sector in Mauritius experienced an increase in stay unit nights in 2015, but a drop in the average room rate that resulted in a 6.7% increase in room revenue. Nigeria’s long-term prospects for the hospitality sector remain positive, though the impact of its current weaker economy is likely to reflect in near-term hotel performance. Kenya’s economic growth has been strong and a number of initiatives have contributed to a recent increase in the tourism industry.

South Africa: The Outlook (2016 – 2020)
With occupancy rates and visitor numbers on the rise, there is renewed activity in the hotel sector. There are a number of major hotels expected to open in the next five years and several others in the planning stage. The number of available hotel rooms are projected to rise at a 0.8% compound annual rate to 63 700 in 2020 from 61 100 in 2015.

Nigeria – Mauritius – Kenya –Tanzania: The Outlook (2016 – 2020)
The hotel market in Nigeria has not fared as well as South Africa with stay unit nights dropping 12% and room revenue down by 3.6% over the past two years. There are a number of new hotels planned or under construction and we forecast an additional 4 700 rooms to be added in Nigeria during the next five years. Hotel room revenue is expected to grow to US$ 507 million in 2020 from the US$321 million achieved in 2015, due to increases in both stay unit nights and average room rates. The number of tourist arrivals to Mauritius increased by 10.9% in 2015, the largest increase during the past five years. The number of available hotel rooms is expected to increase at a 2.8% compound annual rate, rising to 15 600 in 2020 with hotel room revenue forecast to grow at a 10.6% compound annual rate to Euro 920 million in 2020 .

Kenya’s hotel market is recovering, with growth being achieved for the first time in four years due to an increase in the average room rate even though stay units fell 2.8% in 2015. Revenue is projected to grow at 6.1% compounded annually to 2020. Tanzania’s hotel room revenue amounted to US$222 million in 2015 and is expected to grow by 10.8% compounded annually to US$371 million in 2020.

“The tourism industry continues to be one of the fastest growing sectors of Africa’s economy. In spite of recent challenges, including the change in visa regulations in South Africa and the contraction of the global economy, the sector has significant potential to create jobs and uplift inclusive economic growth across the continent”, concludes Calicchio.

Britons would pay more to have a more environmentally friendly flight