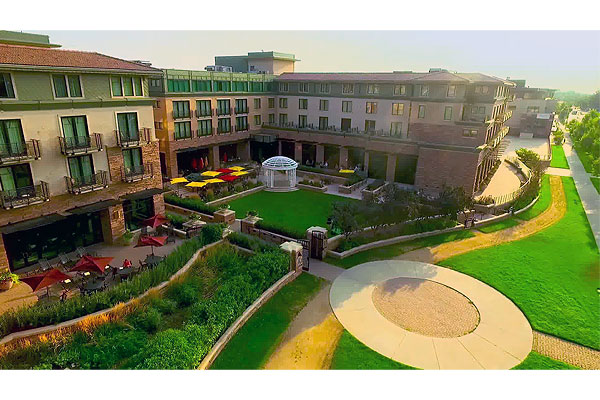 Coburn brings an impressive track record in the hospitality industry. Thriving in the entrepreneurial mindset of upscale, independent properties, Coburn has held leadership roles at prominent Colorado hotels and resorts for more than 13 years. Prior to joining St Julien, Coburn served as general manager at Denver’s The ART Hotel and, more recently, the general manager responsible for the opening of Clayton Members Club & Hotel in Denver.

“I am honored to lead the team at St Julien,” said Coburn. “The iconic hotel has become a pillar of the community with the support of a committed staff who consistently provide a high level of service and an exemplary Boulder experience, and I look forward to the future with the property.”

Under Coburn’s direction, St Julien will continue the genuine hospitality and four-star, four-diamond service for which it is known. Located just 45 minutes from Denver, the hotel features 201 newly renovated guest rooms, the 10,000-sq. ft. Spa at St Julien and fitness facility, more than 16,000 sq. ft. of indoor and outdoor meeting and event space, T-Zero Cocktail Bar and Jill’s Restaurant & Bistro, where Byers will now helm the kitchen.

With a passion for the culinary industry that began in childhood, born among the farmland and acclaimed restaurants of the New York Hamptons, Byers attended the Culinary Institute of America in Hyde Park, N.Y. His success in culinary education led him to an internship at The Ritz Carlton in Aspen, Colo., followed shortly by opportunities to open Olives at The St. Regis Aspen Resort under mentor Chef Todd English, and a position as a sous chef at Borgata Hotel Casino & Spa in Atlantic City, N.J. Byers has also previously held the position of executive sous chef at Jill’s Restaurant.

Most recently, Byers served as the executive chef at Sage Restaurant Concepts’ The Corner Office in the heart of downtown Denver for nine years. From that experience, Byers brings an understanding of global flavors and a strong background in team leadership back to Jill’s Restaurant where he will develop thoughtful menus featuring ingredients sourced from partnerships with local farms, creameries and ranches, and a variety of vegan, vegetarian and gluten-free dishes. Since beginning his position, Byers has developed new breakfast and all-day menus, in addition to the re-launch of weekend brunch.