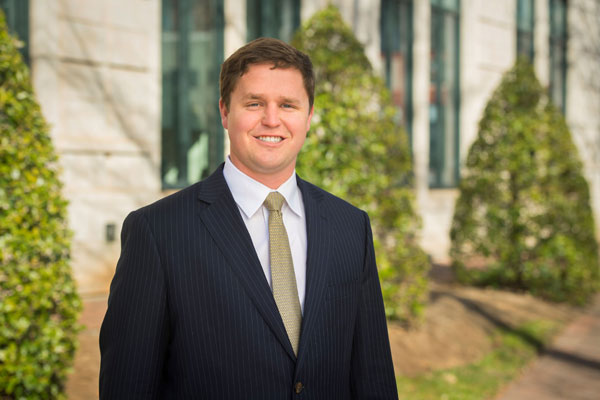 OTO Development, part of the Johnson Group, is a fast-growing private company that develops, owns and operates select-service hotels throughout the continental United States.

SPARTANBURG, SOUTH CAROLINA – Stewart W. Heath IV has been promoted to Vice President of Real Estate at OTO Development. In his new role, he is tasked with overseeing the hotelier’s team of real estate development professionals who specialize in market and site identification, feasibility, contract negotiations and entitlement management for new hospitality development and acquisition opportunities. OTO Development, part of the Johnson Group, is a fast-growing private company that develops, owns and operates select-service hotels throughout the continental United States.

“OTO’s success is contingent on many factors, all of which begin with selecting the right investments to pursue,” says CEO Todd Turner. “It was therefore imperative to fill the VP/Real Estate position with the strongest candidate possible – and it is gratifying to do so by promoting from within.”

Turner, one of OTO’s co-founders, spent 18 years as the company’s VP/Real Estate before assuming the role of CEO in August of this year.

“Stewart excelled in his previous role as a real estate manager with us, expanding his own breadth and depth of experience while contributing significantly to the company’s bottom line,” Turner says. “I’m excited to see the positive impact his fresh energy and industry savvy will bring to our leadership team.”

A graduate of The Citadel, Heath worked in real estate development for Johnson Development Associates before joining OTO Development in December 2018.

“Real estate doesn’t feel like a job to me; it’s more of a passion that overwhelms me with energy every day,” Heath says. “I’ve been privileged to work alongside the best in the business, and I’m eager to incorporate everything Todd Turner has taught me into my efforts to grow our portfolio.”

Heath, a member of the 2022 class of Leadership Spartanburg, is active in the community. Away from the office he enjoys hunting and fishing as well as traveling with his wife, Maddie. He admits, however, that the thrill of the next great hotel investment is never truly far from his mind.

“Don’t even ask my wife how many hotels we’ve popped into ‘just for a look’ when we’re on vacation!” he says with a laugh.

GHM celebrates debut in Qatar with unveiling of The Chedi Katara