Subscription – A more resilient model for travel and hospitality brands? 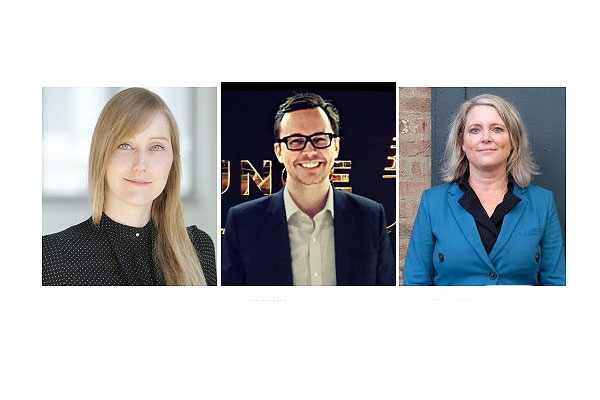 Claudia Scharf of Loyalty Prime, Mark Ross-Smith of Loyalty Data, and Amy Konary of The Subscribed Institute at Zuora.

Having a subscription business model during the Covid tourism downturn has been a lifeline for many tourism brands. A loyal base paying regular fees keeps cash coming in even though travel grinds to a halt.

Loyalty is emotive. It’s not really about the money: Claudia Scharf of Loyalty Prime, Mark Ross-Smith of Loyalty Data, and Amy Konary of The Subscribed Institute at Zuora.

Having a subscription business model during the Covid tourism downturn has been a lifeline for many tourism brands. A loyal base paying regular fees keeps cash coming in even though travel grinds to a halt.

More than a commercial transaction, subscriptions create a relationship with value added implicit. The under-40 demographic today particularly puts trust in the subscription model. They want personal recognition and immediate fulfillment. They don’t want to wait for points to build up.They they want engagement in real time. They want a memorable experience. They want to belong.

Outside of travel, Amazon Prime, Netflix and Spotify are subscription giants. In travel, subscription and loyalty models have been around in the airline and hotel industries since the 1980s, championed by the likes of American Airlines, United Airlines, Holiday Inn, Marriott and Hilton.

However, we are witnessing a new spurt of subscription growth based on millennial consumption patterns. Amy Konary, VP at The Subscribed Institute at Zuora in Boston, told an I Meet Hotel webinar on loyalty, 17 June, that the subscription economy has seen 350% growth in the last 7.5 years, growing at an average of 26% per annum, far outstripping the regular economy.

“The emphasis is now on creating outcomes and memorable experiences that your subscribers will remember,” she says.

The under 40s – and younger – are also much more open to the idea of paid loyalty. And it’s not just about money. Analysts say the hallmarks of success for subscription travel businesses are measured by member retention, perception of real value and levels of engagement.

After subscribers sign up, engaging them isn’t always easy. She says that a 2019 report showed that the average consumer belongs to 14.8 loyalty programmes, but is active in only 6.7 of them. A 2017 survey showed that 54% of loyalty memberships were inactive.

Points and tier-based programmes also create financial liabilities on corporate spreadsheets. For example, the three leading America-based airlines all had loyalty liabilities in excess of US$5 billion at the end of 2019. Ironically, in the U.S., valuations of airline loyalty programmes often exceed the value of the airline itself.

So what can hotels learn from airline loyalty programmes? Mark Ross-Smith, CEO of Loyalty Data, told the I Meet Hotel webinar that there were 10 points to consider:

1 – Price is mostly irrelevant. Frequent travellers want value more than the lowest price.
2 – Real upgrades are essential. Fake upgrades disengage frequent travellers.
3 – Don’t treat all guests the same. A family of four have very different hotel needs from a solo business traveller. Don’t waste time trying to upsell the wrong product to the wrong segment.
4 – Don’t give out elite status for free. Retain elite status value through positive discrimination.
5 – Create partnerships and leverage other brands’ loyalty. Work with credit card companies, even local restaurants; use them as a backdoor customer acquisition channel. “Whatever the shiny card is in your wallet or purse, that’s the travel brand you’ll book as long as the price isn’t outrageous,” says Ross-Smith.
6 – Partner with airline loyalty programmes. Use their brand. This will give you access to new customers that are otherwise unreachable.
7 – Create your own mini-loyalty proposition. Leverage travellers’ pre-qualified activity with other hotels or airlines.
8 – Think about ‘share of wallet’. For example, track and target the business traveller who is making 50 business trips a year; he may already be staying with you on 30 of those trips; so there’s 20 more to target, unlike a business traveller who only travels four times a year, but always stays with you.
9 – Create small moments of joy. Segment your database so that your staff knows how to greet each guest by name and wow them with little things such as their favourite brand of wine or newspaper in the room.
10 – Revenue management and loyalty need to work together. Using forecasts, government research, city event calendars and more, you can target the right set of potential customers with the right price at the right time.

Michael Ros, the CEO of Bidroom, the online travel community which hosted the loyalty webinar, told the online audience of hoteliers that reducing the churn of members by constantly adding value through engagement and innovation was vital in the sector.

Hoteliers should use local partnerships to boost cash flow now

Tips to help hotel operations survive and prepare for recovery