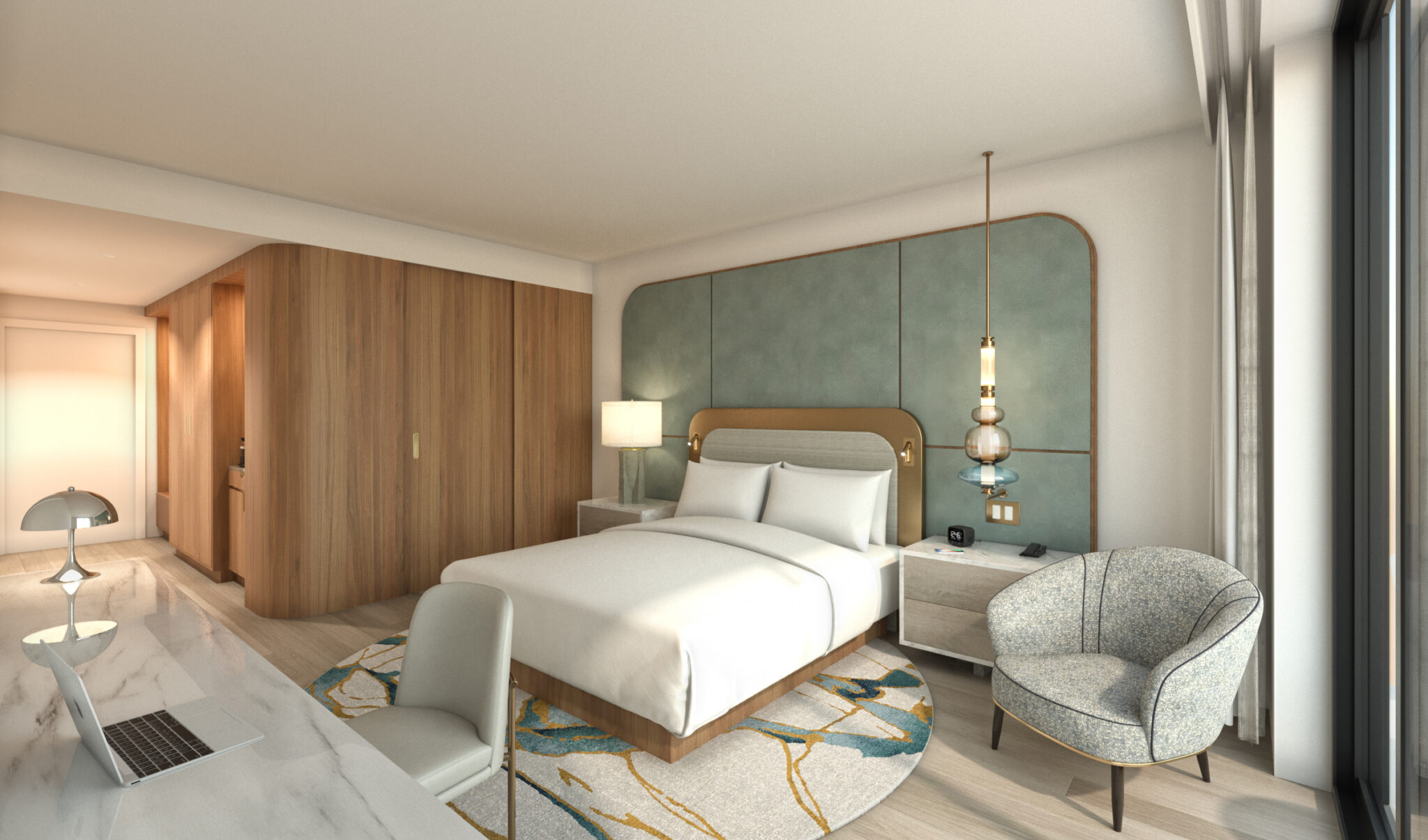 MIAMI BEACH, FL – Two of South Florida’s premier real estate developments groups, Terra and Turnberry, have selected Balfour Beatty as the general contractor for the new Grand Hyatt Miami Beach Convention Center Hotel. Located at the intersection of 17th Street and Convention Center Drive, the 17-story, 800-room hotel will serve as the central anchor of the Miami Beach Convention Center District, steps away from the beachfront, hundreds of shops and restaurants along Lincoln Road, the New World Center, the Bass Museum, and the Fillmore Miami Beach. Early site work at the property is now underway, with vertical construction anticipated to start this year and be completed in 2025.

“A project of this magnitude and significance requires the best in-class team and we are thrilled to have Balfour Beatty onboard leading the construction efforts,” said developer David Martin, CEO of Terra, and Jackie Soffer, Chairman and CEO of Turnberry. “The firm’s extensive experience pioneering new technologies and transforming communities through smart infrastructure aligns with our goal to deliver a hotel that will transform the City’s convention center campus into one of the most desirable meeting and convention destinations in the world.”

“This is a beacon development for Miami Beach,” commented Scott Skidelsky, Balfour Beatty president in the Southeast. “Balfour Beatty’s national operations started its roots in South Florida and being a part of the community is a point of pride for our company. Being chosen to construct this icon project means the world to our project team who are some of the best builders in the industry and they are all so excited to work with our stakeholders to make this an incredibly successful build experience.”

Development of the Grand Hyatt comes as Miami Beach and South Florida solidify their position among the world’s most visited destinations. According to a recent report by the Greater Miami Convention & Visitors Bureau, 15.9 million overnight visitors and an additional 8.3-million-day visitors totaling 24.2 million came to the area in 2021, matching the total volume of tourists seen pre-pandemic in 2019. Furthermore, visitor spending rebounded, and tourists spent an estimated $19.2 billion, an increase of 8% over 2019. In 2022, Miami-Dade County hotel occupancy from January through October was up 10% over the previous year, a total of 72.2% occupancy – the sixth-highest occupancy in the country in major markets – with an average daily rate of $251, which is 18.8% higher than 2021.

“The Grand Hyatt Miami Beach will be a great addition to the local hotel landscape,” said Wendy Kallergis, President & CEO of the Greater Miami and the Beaches Hotel Association. “Miami Beach has a broad range of hotel options – from luxury brands, meetings, leisure, independent and boutiques – but there has long been a need for a conference hotel that maximizes the impact of the newly-renovated Convention Center. The Grand Hyatt’s 800 rooms will meet this demand, and it comes at a time when meeting planners around the world are looking at Miami Beach for their upcoming conferences, conventions, and trade shows.”

The 17-story Grand Hyatt Miami Beach will include 12 floors of guest rooms and 52 suites offering views of Miami Beach, four floors of meeting spaces and ballrooms that will complement the Convention Center, a resort-style pool deck with panoramic views, a signature restaurant, lobby lounge and bar, and limited retail space that will activate the district at street level. An elevated skybridge will enable event attendees to move freely between the hotel and Convention Center in a climate-controlled, art-filled corridor.

Grand Hyatt Miami Beach will be designed by internationally acclaimed architect Bernardo Fort-Brescia and his firm, Miami-based Arquitectonica. The team also includes Stonehill Taylor, a New York City based hospitality-focused architecture and interior design firm in charge of designing the hotel’s interior lobby and lounges, ballroom, meeting and hotel rooms, and all common areas; EoA, a local architecture, interior design and landscape firm tasked with designing the pool deck hospitality features of the hotel; and Arquitectonica GEO, who will lead the creation of the pedestrian promenades and landscapes.

As part of the improvements to the area, the nearby Fillmore Miami Beach at Jackie Gleason Theater is also receiving renovations to its back of house areas. The theater, which is owned by the City of Miami Beach and managed by Live Nation, was once home to “The Jackie Gleason Show” and remains one of the most beloved cultural venues in Miami Beach. These renovations will ensure the iconic institution will have the ability to continue to present music, theater and dance to the expanding community of the Convention Center district.

The Grand Hyatt Miami Beach project also includes landscaped pedestrian promenades on surrounding streets, bike sharing stations, connectivity with public transit routes, dedicated ridesharing pick-up and drop-off zones, and direct access between the Convention Center and Lincoln Road. The project’s resiliency and sustainability measures include storm water management and reuse, flood risk mitigation, and the use of solar power – all of which are designed to ensure operational continuity during weather events.