The Exe Danube Budapest opens, the second Grupo Hotusa hotel in the capital of Hungary 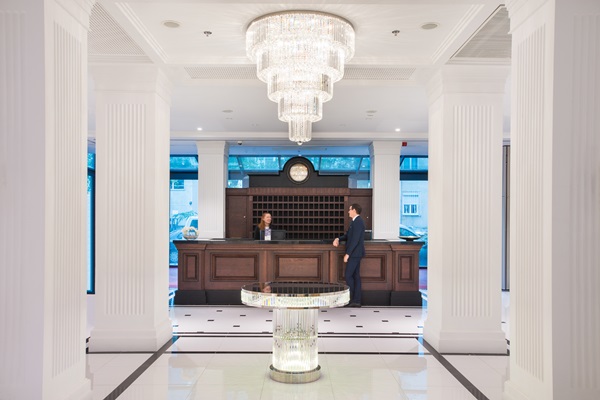 With this new addition, the company’s portfolio now totals 166 hotels, with notable growth in 2016, when it added 23 new hotels, eleven of them in international destinations.

BARCELONA – Eurostars Hotel Company, the hotel area of Grupo Hotusa, has just opened the Exe Danube Budapest 4*, its second hotel in the capital of Hungary after the Eurostars Budapest Center 4*, and the first one belonging to Exe Hotels chain in the country. It is a modern, functional hotel with 101 rooms located near the posh Andrássy Avenue and the old Jewish quarter.

With this new addition, the company’s portfolio now totals 166 hotels, with notable growth in 2016, when it added 23 new hotels, eleven of them in international destinations. In addition to the new hotel in Hungary, the company has also opened establishments in its different chains in France (1), Italy (1) Portugal (2), Panama (1), Colombia (1), Morocco (1), Mexico (2) and the Czech Republic (1), which are joined by the 12 hotels opened in different cities around Spain.

The president of the Grupo Hotusa, Amancio López Seijas, stated that “2016 has been a record year in terms of the number of hotels we have added to Eurostars Hotel Company, and it consolidates our focus on internationalising our model in as many countries as we’re capable of doing”. The company has different forms of growth, from renting hotels, the most common one, to purchasing them, although it is open to all sorts of hybrid formulas.

Behind its modern façade, the recently renovated Exe Danube Budapest 4* stands out for its classic, elegant décor enhanced by the light and spaciousness of its facilities. In addition to its 101 rooms, it also offers a snack bar and a restaurant designed for group luncheons and dinners.

Eurostars Hotels awards the prize to FOUR-O-NINE, winners of the Contest on Innovation and Design in Hotel Spaces