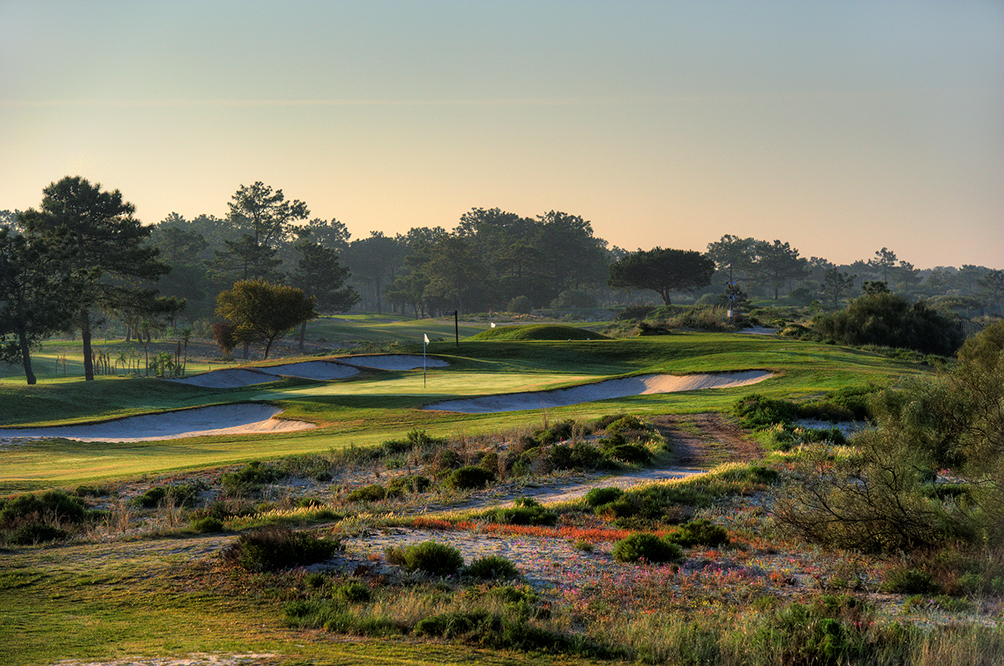 The peninsula is set between the Natural Park of Arrabida and the Sado Estuary, while other attractions include the Troia Roman Ruins as well as a variety of activities at the marina, including boat trips to watch dolphins.

Troia Resort in Portugal has been announced as the latest member of the exclusive European Tour Properties network, becoming an official European Tour Destination.

Located on the Troia Peninsula on the Atlantic coast, just south of Lisbon, the resort combines a championship-standard 18-hole golf course with the natural beauty of its surroundings.

The peninsula is set between the Natural Park of Arrabida and the Sado Estuary, while other attractions include the Troia Roman Ruins as well as a variety of activities at the marina, including boat trips to watch dolphins.

The centrepiece is the Championship Course, designed by renowned course architect Robert Trent Jones Snr and offering outstanding sea views and regarded as one of the finest golf courses in Portugal.

David MacLaren, Director of Property and Venue Development at The European Tour, said: “We are delighted to welcome Troia Resort to European Tour Properties, becoming the 21st member of our network of outstanding golf venues and resorts in Europe, Middle-East and South-East Asia.

“Troia has been recognised as possessing one of Portugal’s finest golf courses, created by renowned architect Robert Trent Jones Snr, and we look forward to assisting Joao Madeira and his team to realise the potential of what is a truly outstanding range of leisure, accommodation and real estate amenities.

“Troia is situated within a unique environment that blends outstanding natural beauty, historical Roman ruins and modern facilities, and will without doubt attract golfers, investors and holiday-makers from all around the world.”

Joao Madeira, Troia Resort General Manager, said: “The partnership with European Tour Properties further adds to the recognition of Troia Resort as a unique destination for those who wish to own a property on a world class golf venue.

“We are proud to join European Tour Properties' worldwide organisation, a network of world class golf venues, and with this partnership reinforce the notoriety and awareness of our resort within the international community.”

Troia is served by two hotels as well as a range of modern apartments, villas and beach houses, with restaurants, an entertainment centre and a casino among the many other on-site attractions available.

Troia follows fellow Portuguese resort Bom Sucesso as the latest addition to the European Tour Properties network, also joining Quinta do Lago to become the third member venue in Portugal, and is the fourth new addition of 2016, with Lighthouse Golf & Spa Resort and Albatross Golf Resort announced earlier in the year.

Troia among the most sustainable golf courses in the world