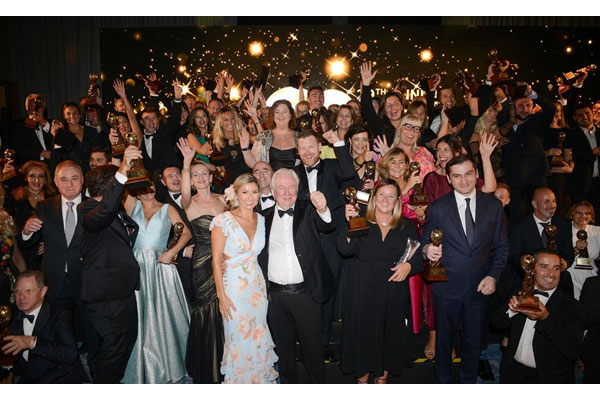 Europe’s premier travel brands have been revealed at a blockbuster gala ceremony at the new Hilton Mallorca Galatzo. The brightest stars of the hospitality industry aligned at the World Travel Awards (WTA) European Gala Ceremony 2022 to discover who amongst them had won the ultimate accolades in tourism.

Graham Cooke, Founder, WTA, said: “What a truly memorable experience was had by our international VIP audience. This enchanting island setting proved to be the perfect backdrop for a sensational two-day event crowned by this evening’s Gala Ceremony. Hilton Mallorca Galatzo has done itself proud by making Europe’s luminaries feel so warmly welcomed.

WTA had the privilege of recognising the industry’s leading lights from across Europe. As stellar examples of tourism excellence, our winners have helped the industry to raise the collective benchmark”.