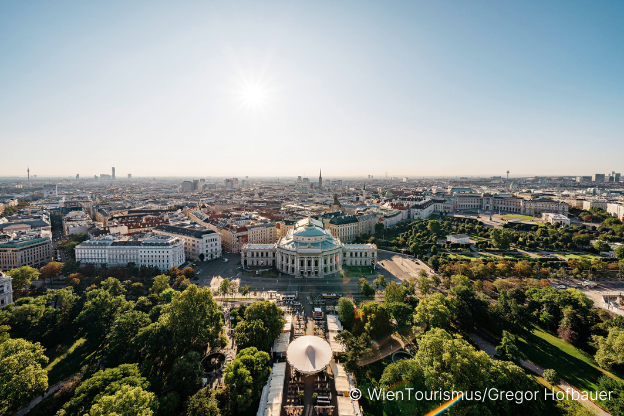 The hybrid event, which in 2022 attracted over 8,000 delegates (of whom nearly 5,000 attended in person), will bring together the world’s top academics, researchers and industry representatives.

AIM Group International and the Vienna Convention Bureau were integral to the consortium supporting the bid, which was led by local academic host Prof Markus Vincze of TU Wien, and included Messe Wien Exhibition & Congress Center, where the event will be held. The close collaboration between the team, the innovative event design and the extensive legacy and outreach program were all defining factors in the bid’s success, as was Vienna’s acknowledged attractiveness as a meeting destination.

The hybrid event, which in 2022 attracted over 8,000 delegates (of whom nearly 5,000 attended in person), will bring together the world’s top academics, researchers and industry representatives. Its theme, Robots for All, reflects the organizers’ desire to reach out to the Viennese public and convince them of the potential everyday benefits of robotics. Designed to inspire the next generation, the community program will include a cooperation with ARS Electronica, a ‘Long Day of the Robots’ exhibition, open to the public, in the industry hub and the finals of a school competition to create the best dancing robot.

Prof Markus Vincze, Chair of the Congress Committee and local host, is excited by the prospect: “Hosting an event of the scale of ICRA2026 will provide us with the platform we need to ignite robotics throughout all our schools and enhance public understanding of the role and potential benefits of robotics in day-to-day living.”

To quote Christian Woronka, Director B2B Management and Head of the Vienna Convention Bureau: “We are delighted to welcome ICRA, the largest congress for robotics and automation in 2026, to Meeting Destination Vienna. The choice for Vienna once again confirms the city’s role as an international science and research location. Furthermore, ICRA shows that future-oriented technologies and personal meetings are not contradictory. On the contrary: with community programs, the topic of robotics and automation, a field that is often difficult to grasp, will also be brought closer to the general public. An exciting approach and a great congress, which we look forward to with great anticipation.”

The proposed event design incorporates a wide range of interactive activities, designed to engage the audience and promote improved learning outcomes. As Lisa Stern, Operations Director of AIM Austria GmbH, says ‘Our goal is to create a program that surprises and inspires the audience and supports networking amongst the robotics community. We’re really looking forward to using creative designs to bring on-site and online delegates together.’

Facing higher travel costs due to inflation and high energy rates, delegates are increasingly choosing to mix business and leisure trips and the attractiveness of the destination itself is becoming an increasingly important factor in the decision as to which events to attend. Vienna’s unique charm, rich cultural heritage and legendary hospitality were therefore key differentiators, along with the outstanding logistical opportunities that Vienna offers large scale events like ICRA.