2020/2021 Wildebeest Migration Guide - Everything you need to know

The Great Wildebeest Migration, also christened The Seventh Wonder of The World, offers some of the most iconic sights and sounds in the Masai Mara – Serengeti Ecosystem.

The Great Migration is an annual event that sees over two million wildebeest, zebras, and different species of antelopes travel from the Serengeti National Park in Tanzania to the Masai Mara Game reserve in Kenya. All in the hopes of finding greener pastures.

In 2007, the event was named one of the 8 wonders of the world. The wildebeest migration is also the largest land migration on earth.

What makes this migration historic isn’t only the large number of animals traveling along the same paths at the same time. The journey is long and treacherous. And only the fittest survive. Each day, new babies are born, some die, and for some, life-long lessons are learnt. 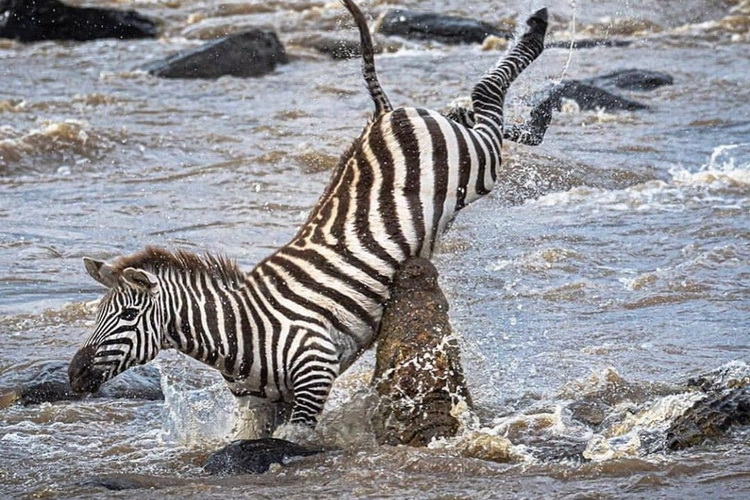 Wildebeest herds crossing a river during the Great Migration

The migration animals do not follow as straight path; the Great Migration is a cyclic and continuous process. Wildebeest are always on the move. Even during calving season when they appear to have settled- they still move but at a slower pace.

The journey gathers momentum as the herds approach the two main rivers that lie directly on the migratory paths, namely, the Grumeti River in the Serengeti and the Mara River in Masai Mara. The following is a guide on what to expect in different months of the year.

December – March
During these months, the herds gather around the Serengeti and Ngorongoro areas in northern Tanzania. The conditions are rather wet around the time, so the animals spend much of their time grazing.

December to March also happens to be the calving season. If you’re in the Serengeti during this period, you can make your way to the Salei and Ndutu plains for better wildlife sighting opportunities.

Wildebeest are some of the most prolific animals. And given that there’s plenty of vegetation around this time, the mothers in these plains can give birth to about 800,000 calves in just two weeks.

December to March is also also the ideal time to sight and photograph big cats on the prowl. However, since most big cats are opportunistic hunters, they’ll likely settle for the newborn calves. Therefore, you won’t likely spot high-speed chases around this time.

April – May
May is not only the month of the Kentucky Derby horse race. From April to May, there is also another kind of race in Africa, involving other kind of animals. They begin to move towards the northern and western regions of the Serengeti in pursuit of greener pastures. Rainfall in the Serengeti is sporadic and seasonal at this time.

The rains make it difficult to keep pace with the fast-moving herds and triggers the predators to retreat into their dens. Therefore, you can look at these months as some of the dullest periods in the Serengeti, as far as wildebeest migration is concerned. 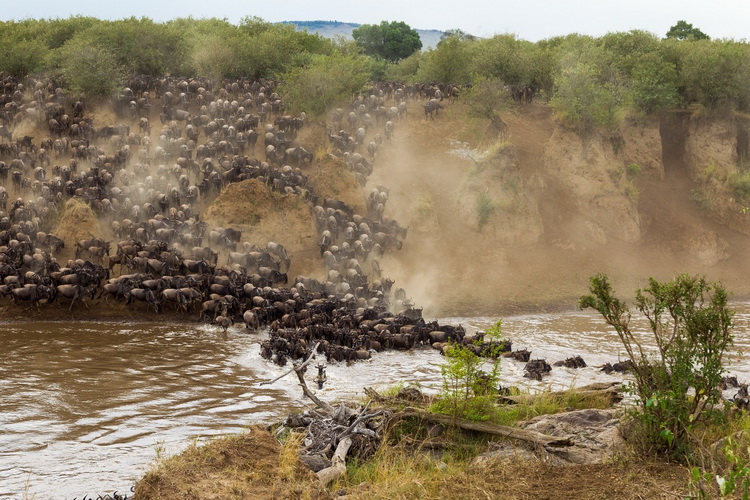 June
The rains have started to subside. And if you were previously camp bound, this is the time to resume your wildebeest tracking tours. The animals will be moving more frantically, advancing north of the Serengeti to congregate.

All the animals that were previously grazing on various regions of the park, plus the mothers who had sought perfect calving spots, reunite with other wildebeests to form much larger herds. There are two reasons behind the reunion. First, it’s the mating season. And secondly, the animals’ migration instincts are stronger than ever, and they understand that there’s safety in numbers.

Being in large numbers makes it harder for predators to sneak up on the wildebeest. Big cat sightings and hunting are common around this region of the Serengeti. And since mating also comes with surges in testosterone levels, wildebeest bulls frequently lock horns around this time, adding more color to the already spectacular scenery.

July
The migrating herds encounter their first obstacle – the Grumeti River. Basically, the animals have three concerns to worry about. First is the sheer depth of the water, which presents the risk of drowning. Second is the resident Nile crocodiles that are waiting to snap their jaws on anything they can get hold of. And lastly, predators know that sooner or later, the prey will gather around the river to drink or attempt to cross.

In most cases, predators target the strugglers, which include the very young, the very old, and the sickly. This is the ultimate challenge for young calves. The herds’ instincts to cross outweigh their anxiety, and they eventually take the plunge. As expected, there are hundreds of casualties. Some animals fall to the Nile crocodiles while others die in the ensuing stampede. 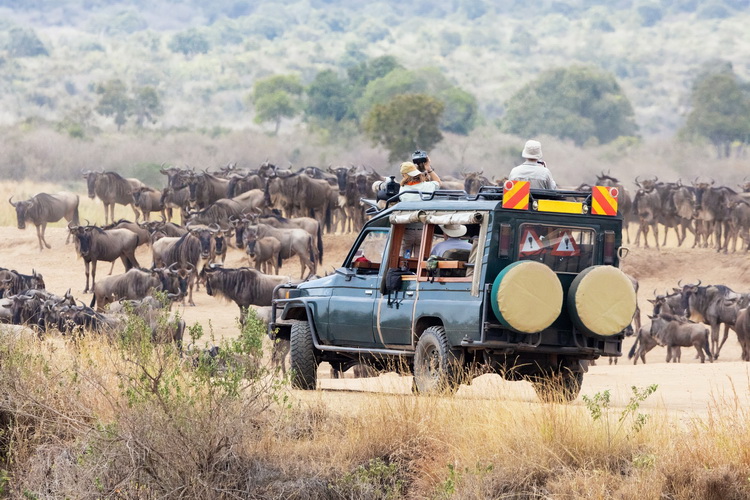 August
The action now takes place on the Kenyan side of the ecosystem, as the herds advance towards the Lamai Wedge and the Mara Triangle. The sights of greener pasture lying yonder fuel the animals’ drive, and they proceed further north. Then, they get to another obstacle – the Mara River. And just like the Grumeti River, the Mara River is a haven for hundreds of savage crocodiles, most of which have gone without food for days.

The cycle repeats itself – the herds gather at the river’s edge, bide their time, and instinctively make the dangerous but necessary cross. Those that are strong and adaptable enough make it to the other side, while it’s the end of the road for some.

September – November
The Masai Mara now teems with millions of wildebeest. And predators are ever hot on their trails. Therefore, besides July – August, September to November is another ideal time to plan your game drives to the Mara. High-speed chases by lions and cheetahs are common around this time, as are surprise attacks by leopards.

November- December
The plains of Masai Mara begin to turn yellow as the grass withers. On the other hand, it starts to rain in the Serengeti again, though the rains are much shorter. All the same, the animals gather and trek back to the Serengeti plains, following nearly the same paths they used to get to the Mara.

The Lobo area, which lies within the Masai Mara – Serengeti ecosystem, is the ideal place to catch a glimpse of this migration. November to December is also the calving season in the Lobo area. 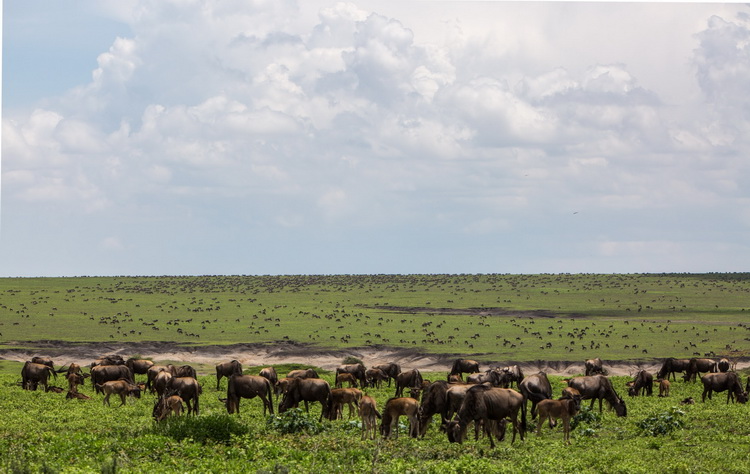 There goes our detailed guide on the paths followed by millions of wildebeest, zebras, and other herds during the Great Migration. We hope that you can now plan your trip to the Mara – Serengeti ecosystem from a point of information.