I think that in the coming years, we will see a great increase in the flow of tourists to Great Britain and to the Greater London area, while the income from visitors will also be significant. After all, it is already mentioned that there is going to be a ticket to visit the royal tombs at Windsor Palace. 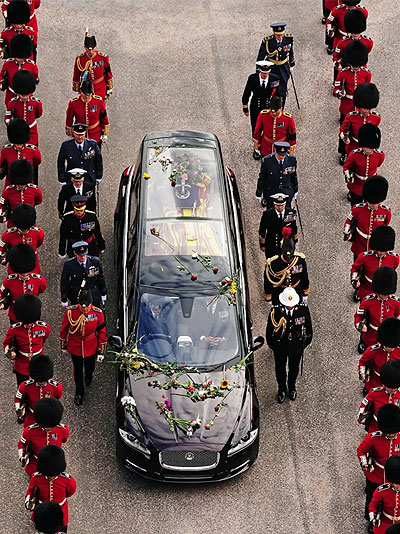 Royal service for 70 years, in the same prominent position and carrying out the duties, with herself untouched by gossip or any other negative comments, it is no small achievement. Queen Elizabeth will go down in world history not only as the longest lived monarch but also for the different major happenings during her long  reign.

I respect the loss of Queen Elizabeth, and having lived myself for ten years in London, I realize first-hand the importance and impact that the late Queen Elizabeth had on British people throughout the Commonwealth and for the world-at-large.

Now that the mourning period is concluded, I feel it is an opportune moment to do a tourism valuation of the “funeral event”. The activities surrounding the event were experienced by the whole world, for some through personal participation, but for most, through technology, with the viewing possibilities of international TV coverage. The event of the royal funeral, although the word "funeral" really does not do justice to the grandiose ceremonies, and the whole setting, which, as we were informed, was under organization for almost two decades. 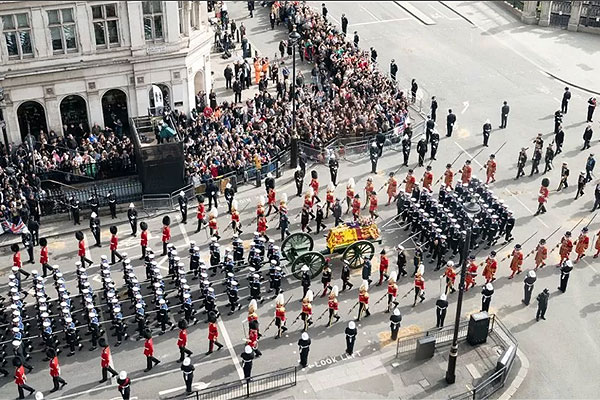 I watched quite a lot of the different aspects of the whole "funeral process", the organized and orderly way in which they were conducted, and, from the "tourist dimension", I can only assess that it was an unprecedented tourist event; we must admit, making an assessment of the tourist effect, that there is nothing like it, recorded in modern times.

Why assessing it as a tourist event?

It is obvious that it resulted in a successful tourism promotion of a large destination (Great Britain) and other smaller destinations and cities (Scotland, England, Cornwall, Edinburgh, London, Windsor); it highlighted their monuments and attractions (palaces, cathedrals, etc.), presented cultural, religious, monuments and characteristics, displayed customs and traditions, and references were made to historical events related to the destinations, while the interest in attracting visitors was obvious.

An unprecedented mobilization took place for the event. The event was executed by thousands of “actors”, both in the foreground and behind the scenes: directly, about 10,000 “performers”, including 2,000 official guests at Westminster, and another 800 or so at Windsor, we do not know how many in Scotland, 6,000 in the military formations, at least 1,000 administrative staff for the organizational aspects, not counting the 10,000 police, the ordr enforcement people in the eight kilometer queue. An estimated 300,000 citizens and visitors waited for many hours to pay their respects to the late Queen lying in state at Westminster Hall. It is estimated that there were more than 1,000,000 people who lined the streets where the processions passed. 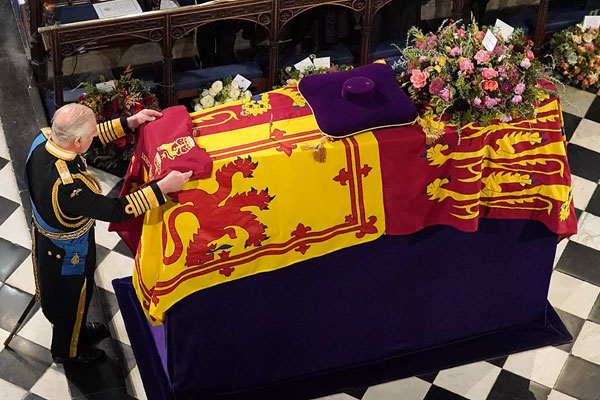 To support the event, it is evident that many professionals worked for the success of the event, starting with the tailors since everyone wore the corresponding uniforms and attire and we noticed that all the TV presenters wore black clothes, which the English referred to as the "mourning dress code". Additional professionals were involved such as hairdressers, cleaning staff, technicians, builders, railing installation crews, and many more.

We must also note the very large number of visitors to London every day, clients to all kinds of accommodations, shops, catering and transport services, souvenir sales stands and more. We saw thousands of mobile phones capturing all the moments, on the cortege routes, members of the royal family and other officials, greeting the general public of visitors and citizens. There was an endless display of entries onto social media, while the covering of the routes with TV crews and from the air, we became acquainted with several areas of Scotland, Wales and the South of England.

Based on the published information, there were 4 billion television viewers worldwide, even the Olympic Games for 10 days in a row does not have such an audience. The financial implications were also substantial: the TV organization, the coverage crews, the TV royalties, and other related costings. The BBC reported that it was operating 213 of its own cameras and 14 relay vans, while a further 275 cameras from various news media were involved. 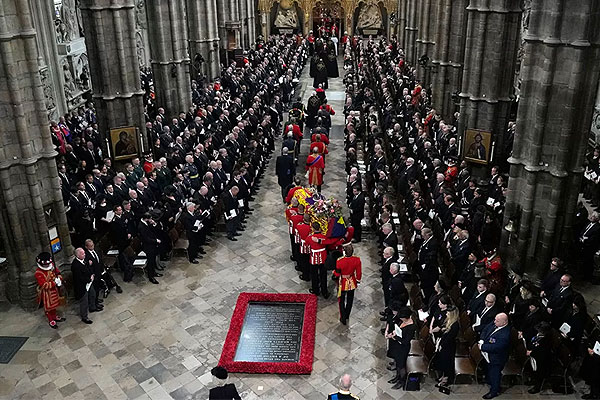 If we consider the various aspects of the overall organization of the preliminary and the final activities of Queen Elizabeth&#39;s funeral, we realize the magnitude of the tourist impact that this unique event, already had, but will continue to have in the following years. We must add the extensive historical, cultural, religious and political ramifications.

Assessing touristically the event, we note that regions of Great Britain, royal palaces and cities were shown, historical events that took place during the development of Elizabeth's reign were mentioned, while, directly and indirectly, the spectators enjoyed impressive processions and were informed about the institutions and functions of Great Britain.

I think that in the coming years, we will see a great increase in the flow of tourists to Great Britain and to the Greater London area, while the income from visitors will also be significant. After all, it is already mentioned that there is going to be a ticket to visit the royal tombs at Windsor Palace.

If we want to evaluate the tourist characteristics of the event, we must mention: very good organization, implementation with order and security, evidence of training of the officials who participated, detailed and thorough presentation of the program and continuous provion of information to the public about the development of the event, with adequate announcements, press releases, good combination and references to historical past and related events, creation and highlighting of various "uniquenesses" (e.g. the queue for the XXXXXXXXXXX), the extensive use of technology, government involvement, assistance and support. Also, an amazing – British habit – adherence to meet the advertized timings, all this being information useful for organizing such events.

I think that those of us who had the opportunity to be witnesses to this event, to the individual ceremonies and processions of Queen Elizabeth's funeral, will remember it for a long time.

* Photos of the funeral from the BBC website "The Queen's funeral in pictures" - https://www.bbc.com/news/in-pictures-62918196.