Since communication is an integral part of a business’s success, especially ones that operate globally, globalization also brings a few challenges, but they’re not unfixable.

Modern businesses aren’t limited by national boundaries. Digitization has opened doors for a global, inclusive business landscape where business deals between small businesses in the U.S. and Japan are not perceived as something extraordinary.

Businesses now have the power to sell themselves to a much larger, diverse population. The billions of humans that walk the Earth belong to a broad range of cultures and speak different languages.

Seven tips for international business communication
Business practices differ among countries. Plus, the culture and customs have a huge impact on how even professionals conduct business. These differences carry through into the workplace and deviating from them is often frowned upon.

All global businesses must realize this since not only can this put a dent in their otherwise good image, but it can also help businesses capitalize on this information. Once businesses have the information about the cultural differences and information on how to fill those cultural gaps, they’re able to communicate much more effectively.

Here are a few tips that global businesses should take cognizance of while communicating with other businesses from a different country.

1. Brief vs thorough presentations
Different countries take varying approaches to assessing the capability of a team. For instance, it’s common in the U.S. that someone who is being pitched an idea would want to focus on its future prospects and the product’s benefits. On the contrary, in countries like India, a team’s capability is largely judged based on its past achievements.

This means a business must use this information to customize their presentations, depending on the location of the group of people they’re pitching to. Sometimes a business will need to create a presentation that starts with the big picture and then eases into the finer details, while on other occasions they’ll need to focus on facts and be direct in their approach. 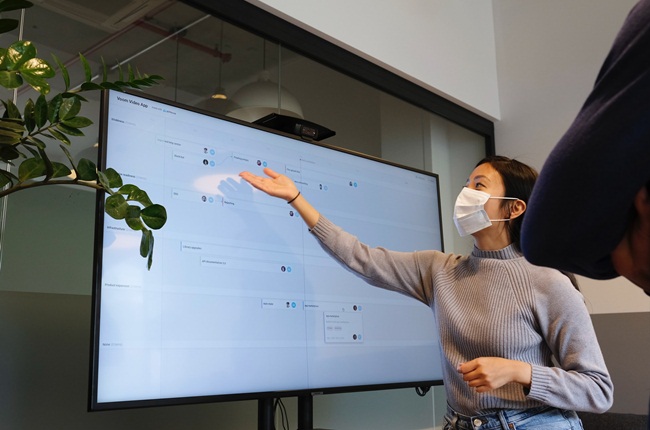 Photo by airfocus on Unsplash

2. Communicating over emails or calls
Remote meetings are the new normal even for small teams that are located in the same city. Even though almost everybody is comfortable getting on calls now, they may have limited experience interacting on a business call with someone from outside their country.

Small talk is almost a necessity for interacting with an American national. Someone from the UK would probably try to keep things on the lighter side with a bit of humor, while Chinese individuals may be more formal and will check with a superior before sending out any responses via email.

It’s always a good idea to communicate the information via email unless there’s any sensitive information involved. While doing this, it’s important to be mindful of how people are addressed in different cultures. For instance, U.S. folks use first names, while someone from Austria would prefer being addressed with their title.

Follow the emails with a call, either through the phone or online, particularly when the other party belongs to a culture that values personal communication.

It’s also important for the call to have a defined agenda. Plus, all attendees should have the opportunity to speak, provide feedback, and ask questions. However, some attendees may prefer holding their opinions until they’ve consulted with their boss. This will make calls a lot smoother and more pleasant for everyone involved.

3. Facilitation of meetings
Meetings that involve attendees from multiple countries can often fall apart and lose sight of the core purpose of the meeting if the chain of communication breaks between members from different countries.

Meetings that don’t have a clearly outlined schedule are likely to face a ton of problems like participants arriving late or leaving early. If the attendees are left with little time to discuss the topics they intended to, it could lead to some hard feelings. Presentations may need to be rushed through or meals may need to be delayed.

There are a dozen things that could go wrong here, especially for attendees that come from cultures where being late or being denied the proper opportunity to speak is considered a sign of disrespect.

In addition to a clear structure, it’s also important to pay due attention to making arrangements for interpretation or translation for attendees that don’t understand the language used at the meeting.

4. Negotiating etiquettes
Negotiations can be a tricky skill to master even without any of the cultural or communication hurdles that accompany an international setting. For instance, negotiations in China are entirely the opposite of how things go in the U.S. in some ways.

American folks prefer going right to it after a little bit of chit-chat. However, the Chinese like to get to know the person they’re about to negotiate with before negotiations even begin. An important part of the process is to share a meal — completing the negotiation can take a while. An American would probably consider this futile, but it's important to consider what other cultures believe in. 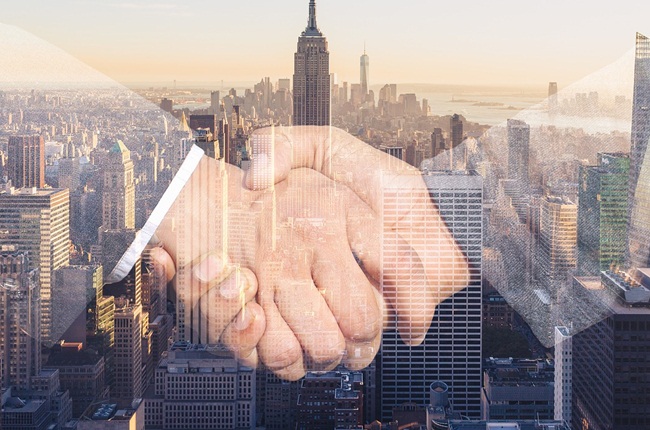 Photo by Gerd Altmann from Pixabay

Before setting up a meeting to negotiate, pay attention to the finer details including the place of the meeting, the environment, attendees, dress code, and especially any cultural factors involved. Cultural factors can be key to building long-term business relationships with the other party.

5. Managing cross-cultural teams
Leaders can significantly improve communication through cross-cultural training and providing a clear outline of an employee’s job profile and expectations. This is particularly important when the team is composed of members located from several countries.

Though sometimes met with reluctance, face-to-face communication even digitally can help build relationships. Before moving to a mostly email or voice-based communication setup, it’s crucial to have some face-to-face interaction so the team members can gel with each other.

Leaders should also be mindful of the opinion of team members and take an inclusive approach to making decisions. Along the way, leaders may pick up on potential loopholes that could lead to miscommunications, so they can then work out a strategy on how the team can work together by finding a common ground.

6. Out-of-work bonding
Business associates are still people and enjoy doing the same things as everybody else. However, some cultures place a lot of importance on a personal touch than others since they believe that knowing the person they’re about to do business with is extremely important.

For instance, someone who has been invited to a meeting in Japan could expect to be invited to a karaoke club. It’s ideal for the visitor to be comfortable so they can bond with an associate without having to pressure themselves into something they’re uncomfortable doing. 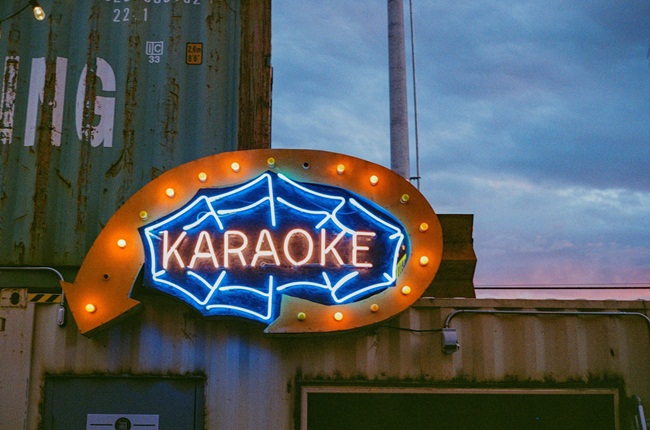 Photo by Nikola Đuza on Unsplash

In fact, someone who is comfortable with karaoke will have a better chance of building trust and a personal relationship with the associate, the benefits of which will accrue professionally as well. For instance, it could help the visitor connect with more industry professionals and learn a thing or two about how the industry works in Japan.

Having (and not feigning) interest can go a long way in getting to know the other person, which can help navigate negotiations more frictionlessly in the future.

7. Political influence and nationalism
The way a company does business is often influenced by the political environment in the country and the overall sense of nationalism in the ruling government. Such cultures are mindful of who they do business with.

For instance, a soured relationship with another country’s government could make businesses wary of doing business with any parties from that country. It’s best to steer clear of any political discussion and strictly keep things about business.

This doesn’t just apply to business associates though. Even in-office communication could be impacted if team members from rival government nations work together. Not letting this get in the way of business or allowing it to become a problem is extremely important.

Being proactive is key
It’s unlikely a person will manage to learn everything there is to learn about all cultures unless they’re without a job. The key is to take a proactive approach to learning about different cultures as and when the need arises.

Someone who doesn’t live in China knows nothing about their culture. However, when a business opportunity emerges in China, they should focus on acing their communication skills because it significantly increases the chances of cracking a deal or negotiating more favorable terms.

It’s not only international deals that warrant learning about cultures though. In-office teams are often composed of a diverse group of individuals.

Since countries often run into problems with each other, it’s important to maintain decorum in the workplace so the members of the team aren’t impacted by what’s happening with their governments.