Cancun revive: More than 2 million tourists arrive to this destination in June

Cancun airport handled 2 million 90 thousand passengers in June, the first time it has received more than 2 million since February 2020.

Despite a projected late recovery of this destination in Mexico, as it was one of the destinations most affected by the pandemic, Cancun now received more than 2 million tourists by air last month.

Cancun airport handled 2 million 90 thousand passengers in June, the first time it has received more than 2 million since February 2020. At that time, 2 million 174 thousand travellers arrived, when the World Health Organisation (WHO) had not yet decreed the pandemic.

Of this total, one million 291,000 passengers arrived on foreign flights, while 799,000 arrived on domestic routes. In the case of the latter, this is the highest flow since August 2019, when 868,000 people arrived, according to the recent traffic report of Grupo Aeroportuario del Sureste (Asur).

"Foreign tourism underwent several changes after the pandemic. In the next three or four years, they will not travel more than 4.5 hours by plane and, because of its location, Mexico is privileged. In addition, tourists with high purchasing power who were not attracted to come here are now deciding to do so, especially to Cancun, Baja California Sur and Nayarit," said the Secretary of Tourism, Miguel Torruco, at a press conference on Tuesday. The secretary also assured that national tourism has played an important role in the reactivation, which he put at 258 million visits so far this year, and that this has pushed the average hotel occupancy rate up to 82% in the same period.

Cancún's dramatic drop in tourism last year as a result of the pandemic is on record. In all of 2020, the city received 6.8 million people, compared to more than 16 million in the last two years, more than double. The collapse, however, was suffered on a global scale.

And although Mexico experienced a slump, the strategy of Andrés Manuel López Obrador's government not to close its borders at any time has placed the country in third place in international arrivals, behind Italy and France, according to the Ministry of Tourism.

The arrival of tourists to Cancun is increasing due to the good practices in the management of the pandemic, since the airport implemented heat-sensitive cameras, which can detect the temperature of the users of the Cancun Airport and thus detect any possible case of contagion. 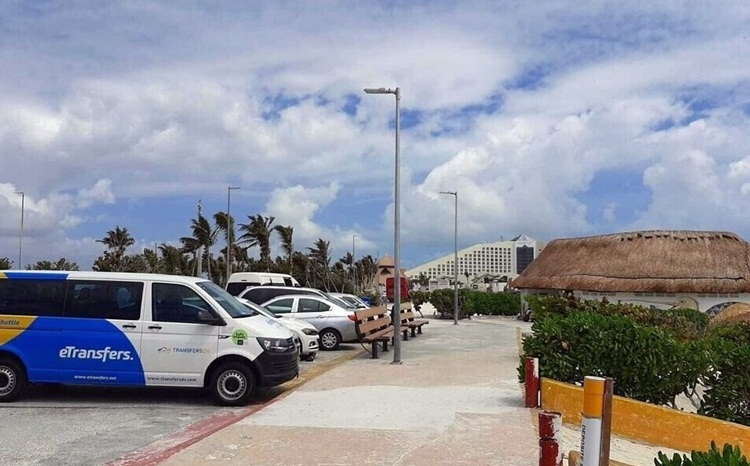 Also, COVID-19 rapid testing modules have been installed at the airport, as well as the implementation of Cancun airport transportation, with private units, to avoid crowding of passengers.

The Mexican Caribbean Hotel Association has also participated in this work, as all the sanitary measures taken in the hotels are more than necessary to guarantee guests a safe stay in their hotel, even the Cancun airport transfers to the different hotels in the Riviera Maya have the highest standards to take care of the health of the tourists.