Chios is located in the North East Aegean Sea. It is known as one of the most likely birthplaces of Homer, and also the ancient mathematicians Hippocrates and Enopides. 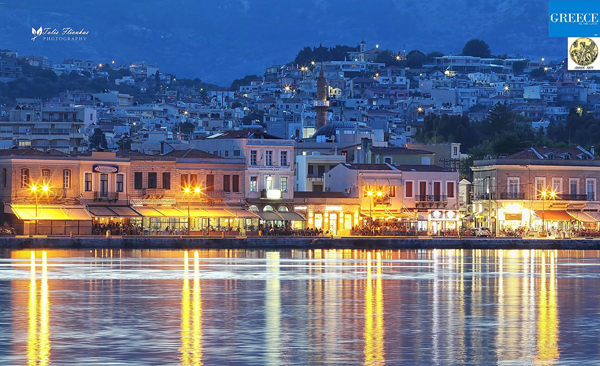 Chios Island is known for its picturesque landscape, for the Mediterranean climate, but mainly formastiha. Chios Mastiha is the brand product of Chios. It is a unique in the world natural aromatic resin, product of the mastiha tree (pistacialentiscusvar chia), that grows only in the southern part of Chios island. It has multiple uses in the food and drinks industries, as well as in pharmaceutics and cosmetics and its production and trade is a main pillar of the local economy. Chios Gum Mastic Growers Association is the exclusive manufacturer and distributor of natural Chios Mastiha, both in Greece and abroad. 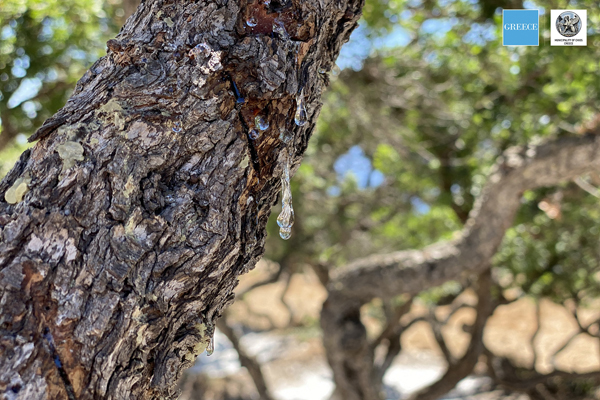 In 2010 the Ministry of Culture, Piraeus  Bank Group Cultural Foundation and Chios Mastiha Growers’ Association started coordinated efforts to promote the inscriptio of mastiha cultivation in UNESCO’s catalogue for the preservation of humanity’s  immaterial cultural heritage, something that was achieved in 2014. 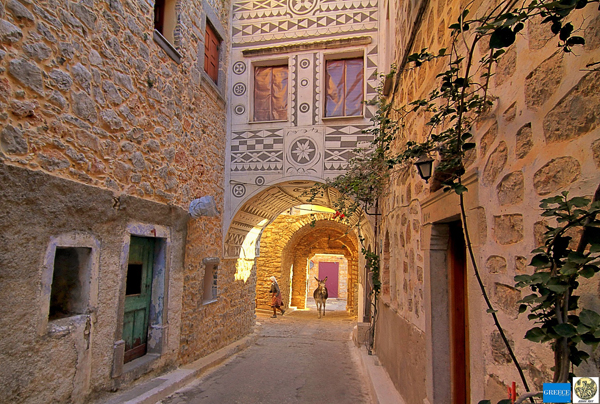 The recognition of traditional mastiha cultivation signifies that Mastiha villages and their people are a special and unique cultural element, which encores the knowledge of a long tradition, passing from one genration to another, from ancient times until nowadays. The recognition of mastiha cultivation by UNESCO has a huge significance for mastiha, its villages and for Chios island in general, because it adds prestige to the element. Also, together with the Chios Mastiha Museum, it brings mastiha culture in a new era, promoting it as a whole way of life and an integral part of the local identity. 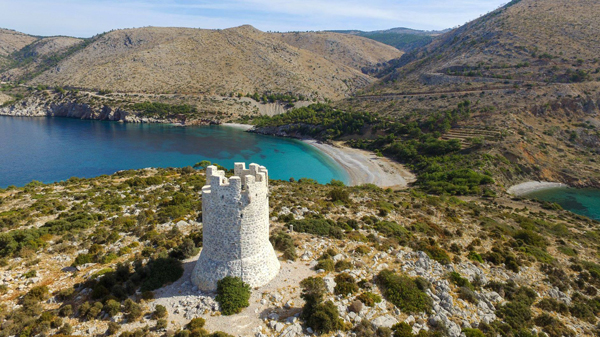 During its 3.000 – year history the town has been through periods of prosperity as well as decline. Nowadays Chios is a vivid town with various economic, maritime and commercial activities. It is also the island’s cultural center, as most schools and libraries (The Koraes library among them) and the Homerion Cultural Center are situated there. Despite its transformations due to the 1822 catastrophe, the 1881 earthquake and extensive post-war rebuilding, the town has a lot of sites of architectural interest not only in the center but also in several of the neighbourhoods. 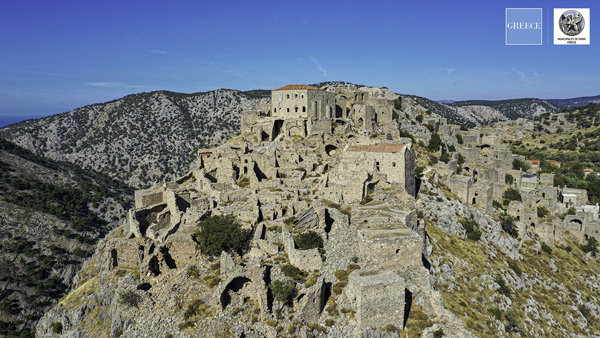 Chios has the best-preserved medieval defence networks in the Mediterranean (castles and towers, watchtowers, fortified settlements). It is a remarkable preservation of the defence system, similar to those of other parts of the Mediterranean, with byzantine and Genovese elements. 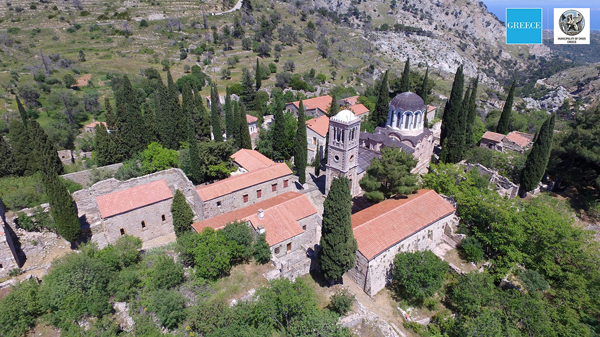 The tour in central Chios is a real travel in the past, dominated by well preserved medieval settlements (Anavatos, Avgonyma) and important byzantine monasteries standing still in time. Nea Moni, the most important medieval monument in Chios, is a monastery complex of the 11th century, built by donation of the Emperor Konstantinos Monomachos and his spouse, Zoe.The katholikon (the main church of the complex) is one of the few preserved samples of the “octagonal insular” type, with an excellent byzantine mosaic decoration, reflecting the fine art of Constantinople during the Macedonian Dynasty. Due to its importance for the history of Art and architecture, the monastery is protected by UNESCO as a World Cultural Heritage Monument. One of the most distinctive areas in Chios is Kampos. It is a unique residential complex, where the natural environment is in total harmony with the local architecture. It lies at a 6-kilometre-distance south of town, and is widely known for the impressive mansions with their citrus fruits gardens (especially Chios tangerine which is a product of Protected Geographical Indication, characterized by its intense fragrance and unique taste). The area is protected by the Greek Ministry for Culture, as a historic site and traditional settlement. 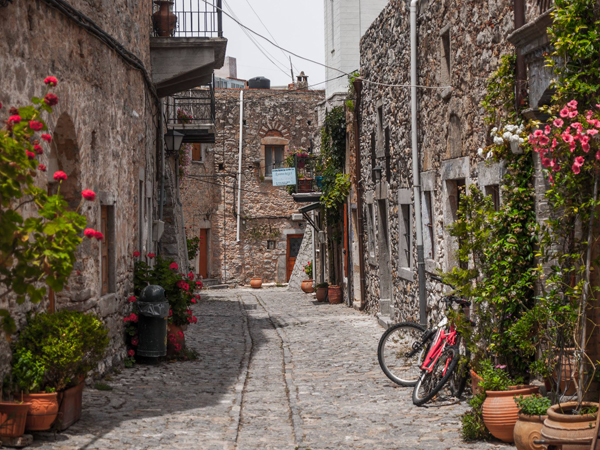 The island’s medieval past is marked in the monuments of the Byzantine, Genoese and Venetian period that were salvaged both in town and in the villages. The island’s key Eastern Mediterranean position, from a geopolitical standpoint, resulted in it acquiring such significance during the Byzantine Empire (seat of the Naval Administrative Region of the Aegean). It also caused competitiveness amongst the Genoese and Venetians who tried to conquer it.More specifically, during the years of the Genoese Domination (1346-1566), fortified settlements were built in the villages in the south of Chios, where mastic is produced (Mastichochoria), in order to defend against external invasion, but also with the aim to control the work force. It is remarkable that to this day the Castle of Chios as well as the medieval fortress villages are inhabited.

In the central and northern part of the island, the trails cross picturesque villages and rocky landscapes of geological interest, often reaching wetlands with dense vegetation. The largest part of northern Chios is a protected NATURA 2000 area. There, Agiasmata is a site in northern Chios, known for its thermal baths. The natural water from Agiasmata is also used in the production of mastic based cosmetics. 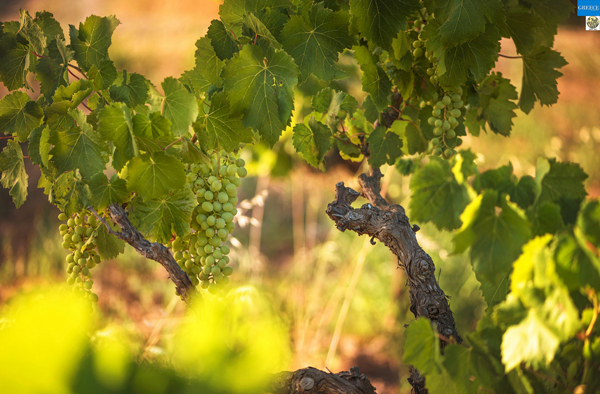 Ιt is to be noted, that the high quality wine  produced here in the ancient times was known as “AriousiosOinos”.  Recently the production of “AriousiosOinos” has been revived thanks to investments in wine making especially in northern Chios.

Specialists think of Chios as a geological paradise. Two caves of exquisite beauty, the Olympoi Cave, the Agio Galas are open to the public. 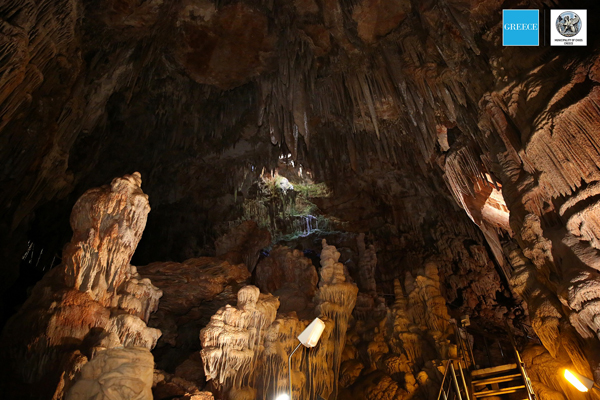 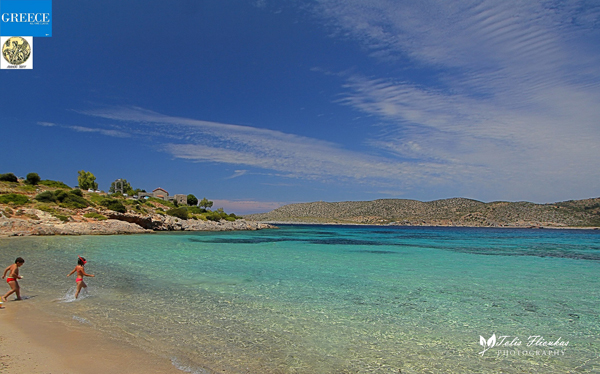 Chios is an ideal destination for cycling, not only because of its size, but also because of the richness of the natural and cultural resources and the variety of itineraries it has to offer. Cycling has become increasingly popular over the past few years. As a result, groups and associations organize a variety of activities, such as relaxed cycling or even organized sports events and races. There are three basic types of cycling in Chios: amateur cycling (cycling tourism), such as cycling in the town and the villages, race cycling and mountain biking, which is off the road cycling, in mountains and canyons and mountain bike trails. Cycling tourism in Chios offers the visitor a different experience, spending time near the nature and discovering the diverse sites of the island. Cycling gives us the chance to know different sides of Chios. Cycle around Chios town, in Kampos and in the villages to discover their hidden beauty. 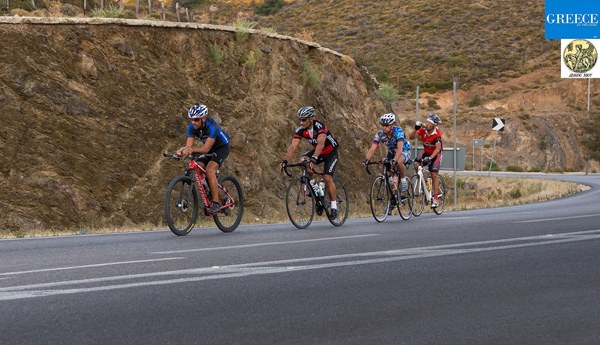 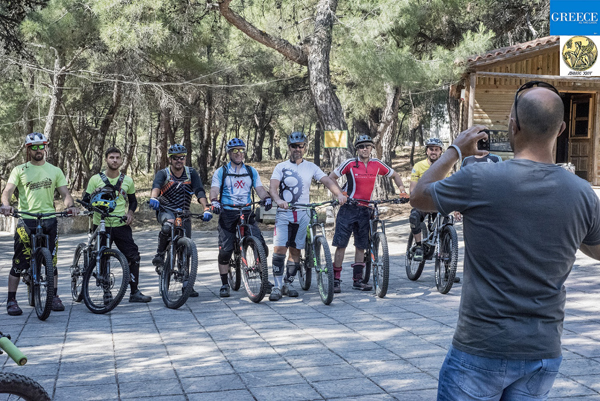 For mountain biking fans there is a variety of cycling routes, such as mt.Provatas, Nea Moni, AgioiPateres, Anavatos, Retsinadika, mt.Pelinaio. 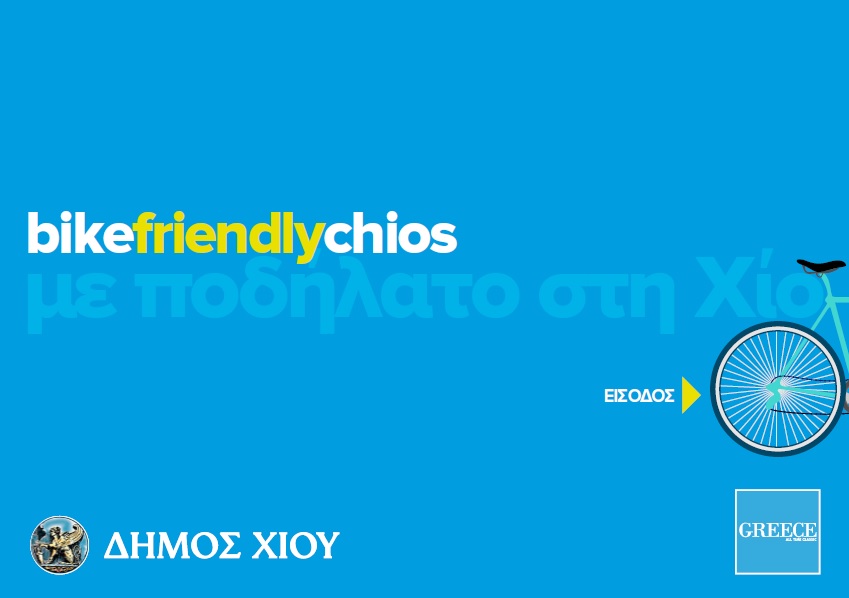 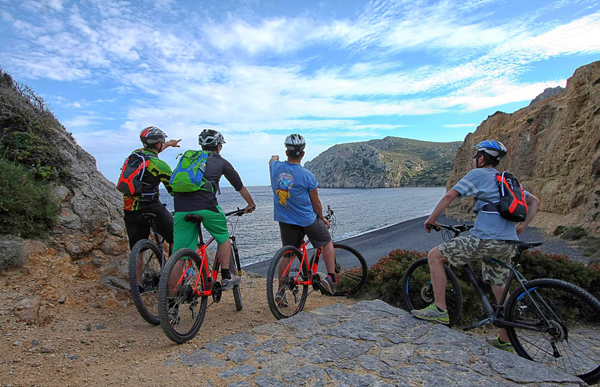 Chios, a special destination for distinguished visitors with special interests in entertainment, culture, gastronomy, with its countless pristine beaches, idyllic Oinousses and historic Psara, provide visitors with the travel experience they are looking for. 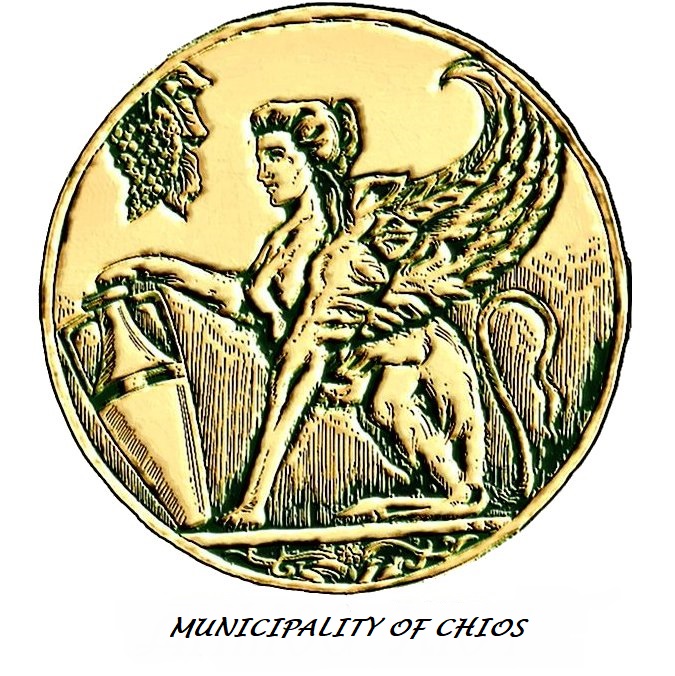