The guide to the Danube Delta, Romania's last hidden treasure for nature lovers.

Danube Delta is one of the wonders of the world. You heard about it, maybe in quizzes , but I am sure that it is very hard to really be impressed if you haven't been there!

In this video you will discover the most important things about it and I am sure you will book your place in the Danube Delta with us (see the link in the description).

So what is so special about the Danube Delta, are you asking?

The Danube Delta is the last virgin natural place in Europe. It also happens to be the most important reservation by official UNESCO standards.

Let me tell you why this tourist Mecca should be on your list this summer!

It is so immense, that it belongs to two countries, 82% to Romania. So big that it is the largest wetland reserve (swampy territory) in Europe, covering an area of 5.700 square kilometers.

And it is not satisfied with this number.

The Danube Delta is constantly growing
Even though geologists have agreed that the Danube Delta began to form many thousands of years ago, the landscape is constantly changing. It is estimated that approximately 67 million tons of alluvium make their way to the delta each year, making this paradise grow slightly each year.

It grows with 40 meters each year…And we always have to be creative in naming new islands that it produces.

1. It is a paradise for ornithologists
The Danube Delta is home to over 300 species of resident and migratory birds, mainly due to its location between the Equator and the North Pole.

2. It has an incredibly rich cultural heritage
As mentioned earlier, the Danube Delta is one of the best preserved deltas in the world. First mentioned by Herodotus around the 4th century BC, this place is not yet fully affected by human hands and currently has a fairly small population of 15,000. However, the human presence in the Delta dates back 5,000 years BC. Many of the artifacts from prehistoric times, as well as several traces of ancient Greek, Byzantine and Roman cultures, are still present here.

3. This is the largest wetland reservation in Europe
Even though it is larger than the Volga Delta in Europe, the truth is that it is the largest and most remarkable river wetland on this continent. The Danube Delta also has the largest reed area in the world.

4. More than 50% of the biosphere reserve is intact
The Danube Delta was a UNESCO World Heritage Site in the 1990s and several areas are outside the public access areas. Currently, more than 50% of the delta is intact, and the entire area is divided into areas where tourism, fishing and hunting are strictly controlled.

5. It includes 12 types of habitats
In addition to the rich fauna and flora, you can also admire the unique, stunning scenery in the Danube Delta. Landscapes have been classified into 12 different habitat types, ranging from deep aquatic areas to forests growing in ridged areas.

6. Delta is home to endangered animal and fish species
While hunting and fishing are not completely banned in the Danube Delta, it is important to note that they are strictly controlled. The reason for this is that this delta is one of the few places on Earth that is still home to an endangered species. These include otters, red-necked geese, dwarf cormorants and various species of pelicans.

7. It is the place where the journey of the river that crosses most countries ends
The Delta marks the end of the road to the Danube, just before flowing into the Black Sea. It is worth mentioning that the Danube is unique due to the fact that during its journey from Germany to Romania, it passes through nine countries and four European capitals, namely Vienna, Bratislava, Budapest and Belgrade.

You need to see how beautiful it looks when these two types of bodies of water meet. Enough about the size, let me tell you about what you can see here! 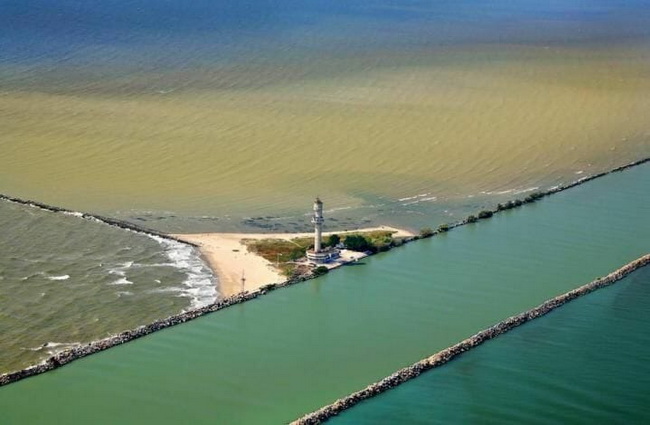 Our boat tours are specifically made to take you to all of the most important attactions in the Danube Delta. From former pirate villages to 400+ years old oaks, to the tomb of the only pirate that was recognised officially by states all over Europe, there are a lot of tourist attractions that you need to discover with our boat tours!

All of our boat tours start from the same place, Mahmudia, Tulcea County.

Visitors to the area can visit the Caraorman Forest, famous for its moving dunes and secular oaks.

What can you see in Caraorman?
In the Delta there are the only sand forests in Romania, Letea forest and Caraorman forest. There are vines up to 25 meters long. There are also two carnivorous plants in the delta: the marsh otter and the aldrovanda. Here is the greatest potential of medicinal plants: about 195 species.

The largest birds of prey in the Danube Delta are the Cretan Pelican, whose wingspan reaches 3.2 meters (10 feet and 6 in) and the White-tailed Eagle, with wingspan up to 2.5 meters (8 feet and 3 inches).

Here is the curly pelican: 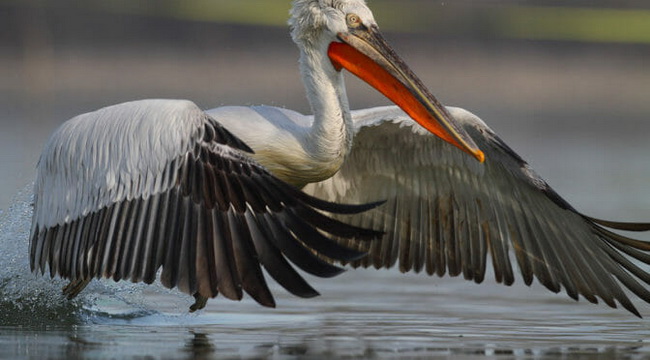 Dust off those fishing rods, you are going to need them!
In the waters of the Delta is the largest freshwater fish in the world: the cod (Huso huso). The cod is a fish that can live up to 100 years and can be huge.

How about that for a fishing expedition?

Now, for more conventional travel, you can visit…

2.Sulina
Sulina is the only town in the Danube Delta and is constantly getting bigger, thanks to the Danube river!

There are a lot of reasons to discover the Danube Delta by boat with NauticTour, but one of the best ones is that here you will get the best beaches in Romania, pensions and hotels made to European quality standards (created with European funds made available to Romanian entrepreneurs by the European Union) and lots of tourist attractions.

Let me tell you about the beaches of Sulina!

Sulina has the smoothness sand, but it none of the noise, pollution or traffic that you get in big cities and tourist hot-spots like Constanta.

The city is still constantly growing, so it is a lot newer than any warm review out there..So let me tell you about the beaches of Sulina 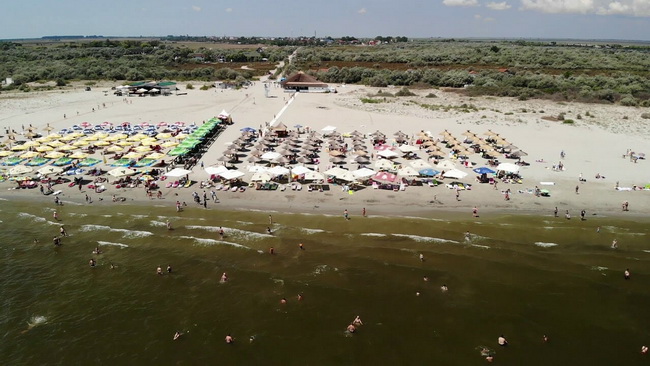 or you can go to a virgin beach..Take a flag and name it after your puppy, we do not mind. What else can you do in Sulina?
Since it is the only town in the whole Danube Delta, (of course that there are a lots of villages for a more unique travelling experience), Sulina is the home of the most iconic cemetery in Europe. It may appear as bad taste, but it is home to the most riveting stories about price and princess and has people from more than 6 different ethnicities…in over 2000 years of history, from all corners of the world.

Let me tell you more about this famous cemetery in Sulina
There is a place in Sulina Cemetery where young people who want to get married exchange rings. They are drawn to a legend, so they sit by the grave of two lovers Margaret Ann Pringle and William Webster buried there, because they believe that their love will last, like that of their fiancés who have found their end embraced. Among the hundreds of tombs, there are two tomb crosses, more unusual for us. There, according to the stories, are buried two young men who wanted to be together. Because their parents did not agree for them to get married, the two threw themselves into the water to stay together forever. However, things are completely different, and the real story is written on the two slabs. In fact, the young man was an officer who took his fiancée with him on the trip, because the law allowed it. The ship failed, the two died and were buried in Sulina. Because they love love stories, lovers prefer the legend and refuse to believe that the reality was different, so they confess their eternal love near the graves of the two.

Since there are so many different types of animals and birds, the question is- How many undiscovered species are there for you to enjoy? How much free time do you have for a truly different vacation?

So discover the Danube Delta with Nearchus NauticTour, who offer boat tours from Mahmudia and can be contacted using their websites, https://excursii-in-delta-dunarii.ro/ and http://nautictour.ro/