Read on to find out the five reasons why you should visit California today.

California is home to some of the most famous landmarks, institutions, sights, and beaches globally. Add on the fact that you can find some of the best food in the western United States in the Golden State, and you have the recipe for a perfect holiday destination.

You can check out the Hollywood sign, visit studios and scenes from movies and your favorite TV shows, relax in the beautiful wine country, or spend the day exploring Joshua Tree National Park; California has it all.

Food
California has the most eclectic mix of cuisines. While the predominant influences are Latin American and Mexican food, East Asian, Filipino, Vietnamese, Italian, French, and Portuguese play alongside traditional American and diner food.

California is split into food micro-regions. When you are in the wine country in Napa Valley, you will find many Italian and French-inspired restaurants; head down south and to the beach and Mexican food is all around.

The coast is jam-packed with fresh seafood, and the state grows so many of its fruit and vegetables that fresh and organic is a staple across all eateries. You can’t forget the fast-food establishments, with California being home to the legendary In-N-Out Burger. Landmarks
There are probably too many landmarks to name in one post, but some of the most famous include the Hollywood sign, the Walk of Fame, the Griffith Observatory, and Grauman’s Chinese Theatre.

The Hollywood sign is pretty self-explanatory. While you can’t get up-close and touch it, there are several observation points where you can stop and have your photo taken with the famous sign in the background.

The Walk of Fame allows you to see the stars that have graced TV and movie screens for decades. The walk features almost every famous name in show business, and you’re able to, in a way, get close to some of your favorite stars.

Sitting on the south slope of Mount Hollywood, the Griffith Observatory gives visitors views of the Los Angeles Basin, including downtown LA, Hollywood, and the Pacific Ocean. It’s the place to be if you want the best sights in the city.

Grauman’s Chinese Theatre is one of the most recognizable landmarks whose name you don’t know. Located on the Hollywood Walk of Fame, the theatre has featured in countless movies and also plays host to numerous premieres throughout the year. It’s a Hollywood institution that deserves a visit. Joshua Tree is a desert escape that almost doesn’t look real. Vast, open plains, dotted with rock formations, with ancient trees breaking the horizon line. Very popular with campers and explorers, Joshua Tree is perfect for those wanting to get out of the city for a night or two.

Yosemite is mile upon mile of lush, green forests, waterfalls, and streams. Packed with trees and animals, the park almost feels like a fairy tale, as you have your breath taken away around every corner.

The Sequoia National Park is a must-see attraction purely because it looks like somewhere out of Jurassic Park. The enormous Sequoia trees that call this park home are almost too big to fathom. The most famous of them all is General Sherman, a 275-foot tall tree that’s over 2,200 years old. 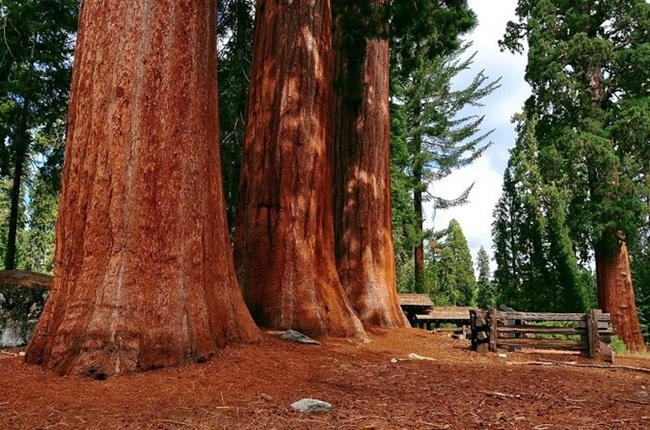 The Universal Studio tour is a must for any movie buff. You can travel through the sets of iconic movies like Casablanca and Batman and then on to the sets of modern-day TV giants like Big Bang Theory and Gilmore Girls; try on the sorting hat on the Harry Potter set too.

The Warner Brothers tour will take you to all the stages and sets used in Hollywood, as well as to a museum that has exhibits showcasing costumes, props, and even vehicles used in some of Hollywood's biggest blockbuster films.

Wine
If you aren’t someone who enjoys the glitz and glam of Hollywood but would prefer a quiet stay in between tranquil mountains, the wine country is for you. California is famous for its wines, with Napa Valley being wine central.

There are also wine regions to be found along the coast and in the Sierra foothills. As mentioned earlier, this is also where you’ll be able to experience the state’s European-inspired food, with many of the wine farms being French and Italian influenced.

As you can tell, California is a brilliant mix of cultures, food, landmarks, and experiences. Whether you want to visit where the stars work or relax with a glass of wine overlooking a valley, or even spend a week at the beach, California has it all. There are many reasons why so many of the rich and famous call it home.