Historical sites connected to the abolition of the American slave trade

Freedom comes at a high price, but the fruits are undeniably worth the struggle. Hence never expect independence to come on a silver platter; instead, toil to earn it.

Freedom does not come for free; you must fight for it. Thousands of Africans Who were both slaves and free people proved this point to be right by fighting for the freedom of slaves when they did not have a voice. In this article, we are going to tackle questions such as how did the struggle occur? Who was on the front row of this movement? And which sites exist till this day that links to the abolishment of slavery in America?

Great people such as Harriet Tubman and Douglass Frederick struggled for independence and are great role models. The content that we will look at will bring essential details that you can use to write essays on role models involved in the struggle for independence. Once you combine the information in this article with the many free essays focusing on the same topic online, you will write an excellent one yourself.

Now let us look at how slavery abolishment came to be.

Abolishment movement
After a long struggle ever since 1619, people decided it was time to stop slavery. Free black people joined forces with white supporters to bring down slavery in America.

In the 1780s, free black people started to free people from the plantations in South America through Underground Railroads. Then practice gained momentum in the early 1830s where conductors such as Harriet Tubman were guiding people towards the North; through this method, 40,000 to 100,000 slaves gained their freedom.

In 1859, John Brown collaborated with twenty-two abolitionists, including three of his sons, to raid the Harper Ferry and steal an arsenal. Their mission was successful; the attack led to the death of ten people and the hanging of John Brown.

John was considered a mass murder by the masters in the south. But he was celebrated as a hero by the people in the North. His act ignited a flame in the peoples' hearts to fight for the slaves' freedom.

The struggle for independence took its most significant turn when Abraham Lincoln, a Republican, was elected to be the USA president. Within three months, seven of the southern state had seceded to form the Confederation State of America. After a while, four more states followed suit.

Lincoln issued a preliminary emancipation proclamation on September 22nd in 1826; he then ended slavery on January 1st, 1863. Emancipation freed up to three million slaves.

Sites that are still connected to the history of abolition

National Great Blacks in Wax Museum in Maryland
The National Great Museum is a museum that shares how Black Americans struggled to attain freedom. The museum was the first wax museum to be created in the states. It shares details on the underground Railroads used to free people from the south and much more.

The museum is most famous due to its replica of the ship used to transport slaves, which provides a realistic idea of the struggle the African Americans faced. The knowledge contained in this museum will help you view slavery from a newer perspective. 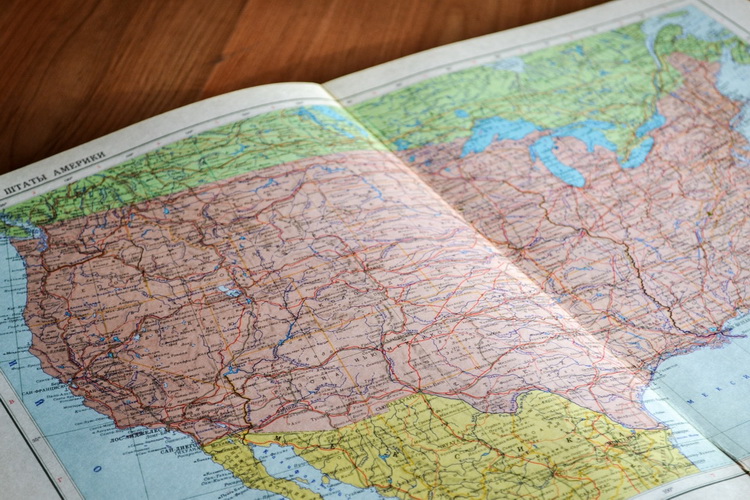 Photo by John-Mark Smith from Pexels

Old Slave Mart Museum
The old slave mart museum brings out the story of Charleston in the inter-state domestic slave trade between 1856 and 1863.

The building has a lot of history in it, including that it was probably the only building where slave auctioning took place in South Carolina.

The building has since then turned into a Negro tenement and then an auto repair shop. In 1988 the city of Charleston gained the position of the building; it then became a museum in 2007.

The Whitney Plantation, the Harriet Tubman Memorial
The whiney plantation is located in Mississippi, west bank. The plantation lets you experience first-hand the struggle of over 350 slaves who worked there.

Once you visit this area, you will know why Harriet Tubman struggled to free slaves from the south. The place can provide a lot of content to write in a history paper about slavery in the USA. You can also go through some free essays about the topic online before your visit to ensure you know what to look for.

Freedom House Museum
The freedom house Museum was once one of the major headquarters used for the domestic slave trade. First, the slaves arrived in the Chesapeake Bay, where they were collected and taken to the slave market in New Orleans, Natchez, and Mississippi either by ship or by foot.

The building was built around 1812 for General Robert Young, the Alexandra Militia commander.

In 1828 the building was taken over by John arm field and Isaac Franklin, who used it for the slave trade. To know more about how domestic slavery functioned, this is the place to visit.

Conclusion
Freedom comes at a high price, but the fruits are undeniably worth the struggle. Hence never expect independence to come on a silver platter; instead, toil to earn it.