Meet the five fastest private business jets in the world

Let’s take a closer look at what is the fastest private jet in the world and some of its closest competitors.

Travelling at speeds of up to 1,354 miles-per-hour (2,179 Km) and an altitude of 60,000 feet (18.28 Km), caressing the edge of space, Concorde was at times the fastest private jet to take to the skies. Despite its primary function as an inter-continental supersonic passenger jet, Concorde was also available for private charter – albeit a very expensive charter.

During one of those charter flights, a London-based consortium, Imperial Tobacco Co. charted the British version of the aircraft for a private round-the-world excursion featuring stopovers in New York, Oakland, Honolulu, Hong Kong, Bali, and Cairo, and in turn, making the Concorde the fastest private jet in the world.

Not strictly a charter flight, but another occasion that made the world sit up and take notice of the aircraft’s intercontinental speed capabilities was back in 1985 during Live Aid, a mega fund-raising concert that took place simultaneously in both England and the United States, featuring a star-studded lineup of musicians that included, Phil Collins, Freddie Mercury, Queen, George Michael, and Sir Elton John in London’s Wembley Stadium. However, Phil Collins was the only entertainer to grace the stages in both the UK and the US – thanks to Concorde.

Collins finished his set in London then took a helicopter to London’s Heathrow Airport, where he boarded the evening Concorde flight to New York. Upon arrival at JFK Airport – the five-hour time difference between the two cities, and the aircraft’s supersonic speed, meant he arrived in New York two hours before he left London – the singer once again boarded a helicopter for the quick dash to Philadelphia’s JFK Stadium where he took to the stage for the second time, to join musical forces with the likes of Eric Clapton, Mick Jagger, The Pretenders, and Robert Plant, and all on another continent. 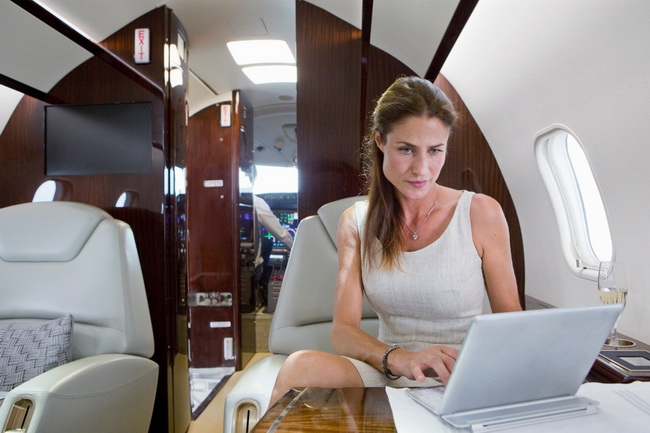 Introducing the 5 fastest private jets
Sadly, since its final flight on October 24th, 2003, Concorde is no longer available as the fastest private jet for hire. However, the demise of Concorde doesn’t mean that fast private business jets no longer exist, quite the contrary. With an abundance of new aircraft, either on the production line or the design tables of aviation engineers around the globe, fast business flights will always be assured.

With that in mind, let’s take a closer look at what is the fastest private jet in the world and some of its closest competitors. However, as many new aircraft are being rolled out for certification, this list of the top 5 fastest private jets available is liable to change at Concorde speed.

#5 – Bombardier Global 6000
With a maximum speed of Mach 0.89, or 590 miles-per-hour (950kph) the 8 to 19 passenger Bombardier Global 600 is regarded by both pilots and business passengers alike as being among the most luxurious and fastest mid-size business jets in the business. Matching its exhilarating speed with supreme comfort, the Bombardier Global 6000 can clock an average flying speed of 590 mph and has a range of 7,700 miles. Having first entered production in 2012, the aircraft’s flexible wing and impressive 97.5lb/sq f wing loading ensures a comfortable flight even in turbulence. Its high cruise speed and superior cabin design, along with advanced acoustical insulation ensure that the Bombardier Global 600’s passengers can travel in style in one of the world’s fastest private jets. 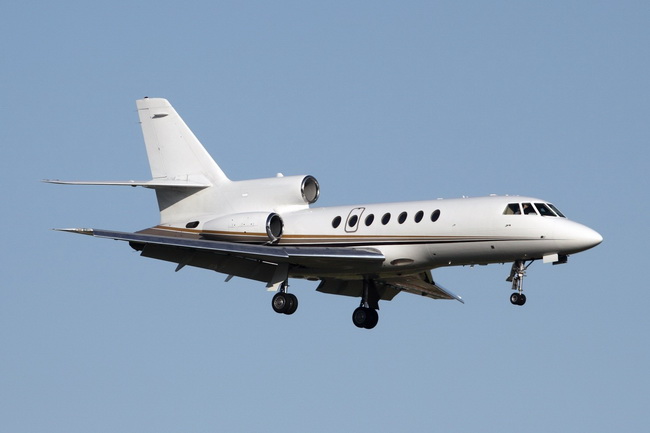 #4 – The Dassault Falcon 7X
At number 4 in our list of the top 5 world’s fastest business jets is the stunningly streamlined Dassault Falcon 7X. This low fuel consumption luxury business jet comes with a top cruising speed of 593 miles-per-hour, or Mach 9. With a 14-passenger capacity the Falcon 7X’s 43-foot passenger cabin, divided into 3 superbly appointed lounge areas, is dedicated to luxury and supreme comfort. Dassault has relied heavily on the company’s military engineering history to ensure seamless performance and efficiency capabilities are consistent with the Dassault dedication to excellence in aviation. A steep climb and descent capability give the aircraft access to some of the world’s more remote airports, making it a firm favourite with business travellers. The Dassault Falcon 7X rightly deserves its place among an elite group of the world’s fastest private jets

#3 – Gulfstream G650
Having broken one airspeed record after another, the Gulfstream G650, boasts a fastest private jet speed of 610 miles-per-hour, Mach 0.925. The aircraft early on presented its worthy credentials in style and set the standards for luxury business aviation. Matching speed with the ultimate in luxury the G650 gets business travellers to their destination, over a maximum range of 8,055 miles, faster, further, and in more comfort. As one of the top 3 fastest small business jets in the world, the G650 comes as the latest family member to Gulfstream’s luxury line of private jets. With a super elegant 47-foot cabin, the jet can carry up to 18 seated passengers and can sleep up to 10 passengers in complete comfort. Additionally, its uniquely designed wing structure ensures a smooth ride every time. 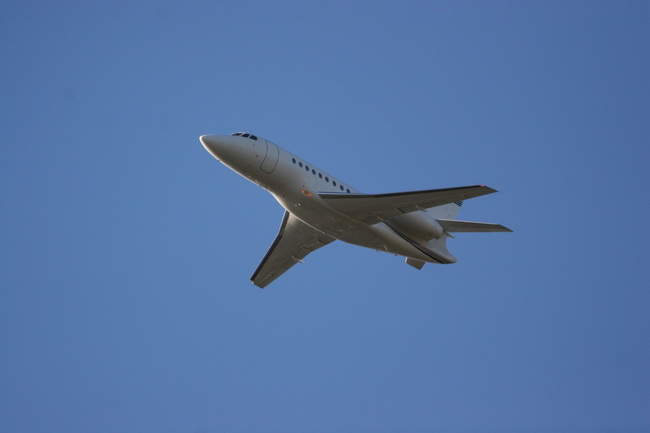 #2 – Cessna Citation X
Edging our way closer to the sound barrier, the Cessna Citation X comes with a maximum speed of 617 miles per hour and a range of 3,596 miles. Although the Citation X doesn’t possess as long a range as some of the other fastest business jets in the world, the aircraft can easily accommodate most common flight itineraries. Featuring two dual-channel FADEC-controlled Rolls-Royce AE3007C2 turbo-fan engines the Cessna Citation X departs visually from standard business jet styling and design. With a 23.9-foot cabin capable of comfortably accommodating 10 seated passengers, the aircraft’s cabin design is stylishly outfitted with innovative modern furnishings and futuristic mirrored surfaces, with lighting, temperature, audio and video, activated via touchscreen technology. The Cessna Citation would be the fastest private jet aircraft on the list if it wasn’t for one final contender.

#1 – Aerion AS2
Perhaps by including the Aerion AS2 among the fastest private jets in the world, we might be getting a little ahead of ourselves, however, while not yet available to the general public, the AS2 proudly boasts a top speed of 1,217 miles-per-hour, or Mach 1.6 when it does finally come to market. When it finally does reach the world’s airports the occasion will be among the most anticipated aircraft launches of all time. With a speed of over double that of commercial long-haul aircraft, if time is money this is the aircraft for business travellers who place a high price on the precious commodity of time. There is much speculation surrounding the AS2, but one of the most remarkable claims by the company is that the fastest private jet in the world will be carbon neutral. This is purported to be achievable through the elimination of an afterburner – a first for a private supersonic aircraft – and the ability to operate using only biofuels as a first source. These remarkable moves are sure to push the aerospace and aviation industries towards a more environmentally sustainable future for generations to follow.

However, your first port of call should be an experienced private jet charter company. Their industry knowledge, a network of global contacts, and ability to analyse the complexities of any jet hire situation will help influence the type of business jet most appropriate to a particular set of needs.

Even though you can no longer fly supersonic to your business meetings – although that day is coming, thanks to the Aerion AS2 – there are plenty of other options to choose from, and a long-established and professional charter company is the one best placed to offer that advice.

Photo by Niklas Jonasson on Unsplash