Here’s a list of London’s most popular locations you can visit on your first time there.

London is one of the cities many new travelers flock to on their first overseas trips. It is the backdrop of important events in European history. These days, it’s a bustling city full of tourist attractions of both past remnants and modern delights.

Since London has several hot spots for visitors, you might feel overwhelmed when stepping on British soil. But you don’t have to worry if you decide to take a city tour without a guide. Here’s a list of London’s most popular locations you can visit on your first time there:

1. Hyde Park
Considered one of the country’s most popular attractions, Hyde Park must be on your itinerary. It’s the largest of London’s four royal parks and was first established by the infamous King Henry VIII in 1536. Aside from promenading its spacious area, you can enjoy music shows and spectate events at the Speaker’s Corner.

If you like being in parks, you can travel by coach from London to Luton to visit other nearby public spaces in the country without spending too much. A one-way trip will take around an hour and cost you under GBP£15. So, you can travel to and from London’s neighboring towns and counties to check out as many locations as you want.

2. Big Ben
Big Ben is quite possibly London’s most well-known landmark. The image of this iconic clock tower has graced many souvenirs and postcards for many years. When you see it in the flesh (or in the brick), that’s the moment you’ll realize you’re finally in London.

While there’s not much else to do in this location aside from taking photos, it’s a thrilling experience to be in its vicinity. Once you’ve spent enough time admiring the might and beauty of Big Ben, you can move on to its other nearby tourist spots: Westminster Abbey and the Houses of Parliament.

3. Westminster Abbey
If you’re already by Big Ben, you’ll just need to walk a couple of steps behind it to get to Westminster Abbey. This 700-year-old church witnessed many historic royal weddings, coronations, and funerals.

You can get a guided tour for GBP£25 per adult or tour the church yourself at your own pace with the help of an audio guide. Unfortunately, picture-taking isn’t allowed here.

A guided tour inside this building is available for tourists. You might get lucky and have the opportunity to witness debates held at the House of Lords or House of Commons.

5. Tower of London
The infamous Tower of London can be an exciting place to visit, especially if you have knowledge of its history. Once serving as a palace and prison for the royal family’s ancestors, the tower now offers modern attractions, activities, and exhibits for tourists to enjoy. Even families can find something to do here.

If you visit London, don’t forget to include this place in your itinerary. This over 900-year-old structure is one of the city’s most important symbols, and you can learn a lot about the country’s history from it. You might even spot one of the tower’s six crows that supposedly protect it from harm. 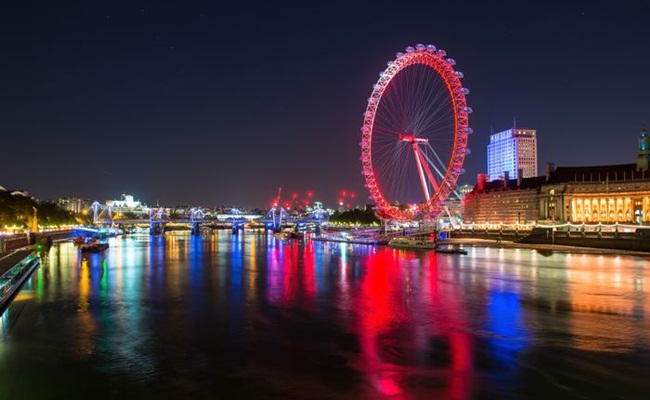 6. Buckingham Palace
You can’t miss this recognizable location. The current Queen takes residence in this palace, and you’ll know if she’s inside when you spot the Royal Standard flag flying high. While most rooms are off-limits to visitors, you can still tour the State Rooms freely.

If you’re lucky, you might also catch a glimpse of the changing of the guard. This ceremonial event is a classic experience for local British visitors and foreign tourists. It’s a brief ceremony that only lasts around 45 minutes, but witnessing it in real life can form a lasting impact on your memory.

7. British Museum
Touring a museum should be part of your travel plan whenever you visit another country. Fortunately, London has the British Museum, known to be one of the world’s best.

Here, you’ll find various artifacts collected by the British explorers back when Great Britain was still a global superpower. You can see Egyptian mummies, hieroglyphics, and other ancient relics worldwide.

The best part about touring the British Museum is that admission is free. Though, if you have the extra cash, you’re encouraged to donate to the establishment.

8. London Eye
If you’d like a better view of the city, take a ride on the London Eye, a massive Ferris wheel. You can get as high as 400 feet from the ground in capsules that allow 25 people. You might encounter a lot of young ones on a ride, though. It’s also a popular attraction for international students, after all. However, private capsules are available for shyer types or those who prefer to ride with their companions.

The only drawback from here is the price. The London Eye can cost up to GBP£21 for a 30-minute ride. You might also need to reserve a slot online to ensure an opportunity to see London from a bird’s eye view.

9. Covent Gardens
Wind down and do some shopping at Covent Gardens after a whole day of tours. This place can be a little crowded, especially at night, but it’ll still be worth it. Aside from shopping, you can also grab something to eat and drink here.

It’s located near the West End theatre, so you can take a trip here to rest after attending a show. Convent Gardens also has its own street performers to watch if you don’t visit the theatre.

Conclusion
London is an exciting place to visit as a first-timer in the city. While the sites mentioned above are popular among tourists, there’s a reason. Each location holds history and provides enough entertainment to satisfy almost anyone.