Normandy, a heaven on earth in France

The historical region of Normandy comprised the present-day region of Normandy, as well as small areas now part of the "départements," or departments of Mayenne and Sarthe. The Channel Islands are also historically part of Normandy; they cover 194 km² and comprise two bailiwicks: Guernsey and Jersey, which are British Crown dependencies over which Queen Elizabeth II reigns as Duke of Normandy.

Normandy is one of the regions of France, roughly corresponding to the historical Duchy of Normandy. Administratively, Normandy is divided into five departments: Calvados, Eure, Manche, Orne, and Seine-Maritime. It covers 30,627 km², forming roughly 5% of the territory of France. Its population of 3.37 million accounts for around 5% of the population of France. Normans is the name given to the inhabitants of Normandy, and the region is the homeland of the Norman language. 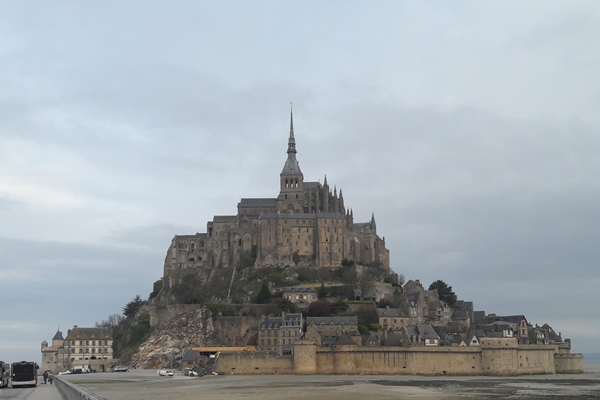 The Mont-Saint-Michel was the first site in France to be designated a UNESCO World Heritage Site. You will have a complete knowledge of the recent changes of the new access as part of the venture to restore Mont-Saint-Michel’s maritime character, after a long term project. Today, a dike section (1,187 yards long), slightly set off to the East, leads to a walkway bridge at the end of the path (831 yards). This gives the walkway a renewed maritime feeling, and a ford (131 yards) then leads to the village year-round, except for several hours a year when the tidal coefficients are exceptionally higher than 110. The Mount then becomes an island, set in the middle of its original backdrop.

The Mont-Saint-Michel is one of Europe’s most unforgettable sights. Set in the mesmerising bay where Normandy and Brittany merge, the island draws the eye from great distances. 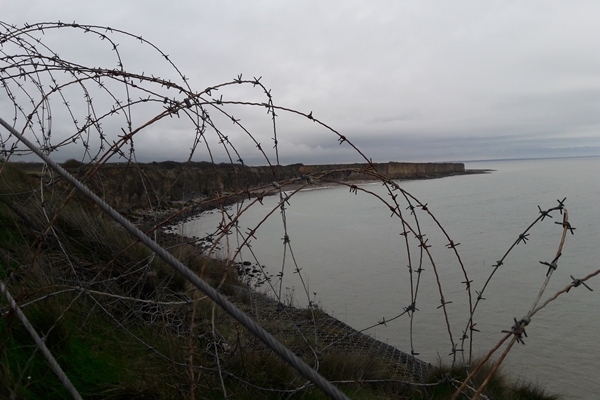 Both Omaha and Utah Beaches was code names for two of the five sectors of the Allied invasion of German-occupied France in the Normandy landings on 6 June 1944, during World War II. 'Omaha' was on the coast of Normandy, France, facing the English Channel, and was 8 kilometers (5 mi) long, from east of Sainte-Honorine-des-Pertes to west of Vierville-sur-Mer on the right bank of the Douve River estuary. Taking Omaha was to be the responsibility of United States Army troops, with sea transport, mine sweeping, and a naval bombardment force provided predominantly by the United States Navy and Coast Guard, with contributions from the British, Canadian, and Free French navies. 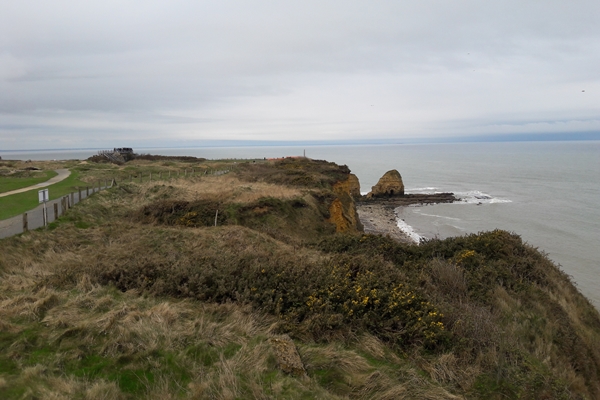 The westernmost of the five landing beaches, Utah is on the Cotentin Peninsula, west of the mouths of the Douve and Vire rivers. Amphibious landings at Utah were undertaken by United States Army troops, with sea transport, mine sweeping, and a naval bombardment force provided by the United States Navy and Coast Guard as well as elements from the British, Canadian, Dutch and other Allied navies. The Normandy American Cemetery and Memorial is a World War II cemetery and memorial in Colleville-sur-Mer, Normandy, France, that honors American troops who died in Europe during World War II.

Every year more than a million visitors visit the cemetery to pay homage. If the Normandy landings nearly failed anywhere, it was certainly on Omaha Beach at Colleville-sur-Mer. The heavy losses suffered by American troops on D-Day earned it the name of "Bloody Omaha". At the mouth of the Seine, the major port of Le Havre is a model of concrete grandeur. Devastated in World War II, with to the boldness of its reconstruction, it’s been declared a UNESCO World Heritage Site. Don’t miss Le Havre’s great waterside art museum, or the seaside pleasures of its marina and long pebble beach. And remember Le Havre is an important cross-Channel ferry port.

Les Bains Des Docks is an Aquatic Center in the city of Le Havre, France. It was designed by award winning architectural firm Ateliers Jean Nouvel as part of an effort by Le Havre to revitalize its docks and warehouse district. 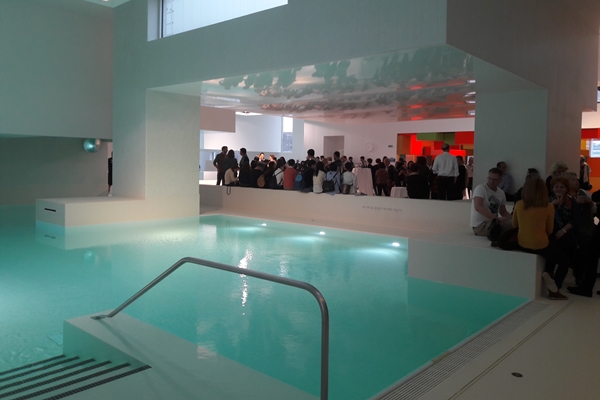 The great Impressionist artist Claude Monet painted a picture of an impression of the sun rising through the industrial chimneys of Le Havre, in 1872. An art critic unimpressed by this canvas, entitled ‘Impression, Sunrise’, dismissively dubbed Monet’s style of painting ‘Impressionism’; the name stuck, becoming associated with what is surely the best-loved art movement in the world. 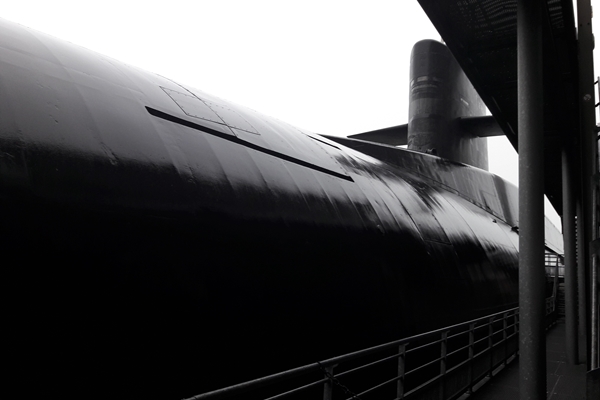 The Cite de la Mer is a maritime museum in Cherbourg, France. The museum is in the cruise terminal of Cherbourg. This monument was built in 1933; it is one of the bigger art-deco monuments of today. Airborne Museum is dedicated to American paratroopers of 82nd and 101st Airborne. Four buildings present the whole Operation: a glider, a plane are in the two first building with equipment and weapons. Operation Neptune is the third building with immersive scenes: enter a plane next to the paratroopers, jump above Sainte-Mere-Eglise and go through the marshlands and the hedges battle. A fourth building is for exhibitions and conferences. 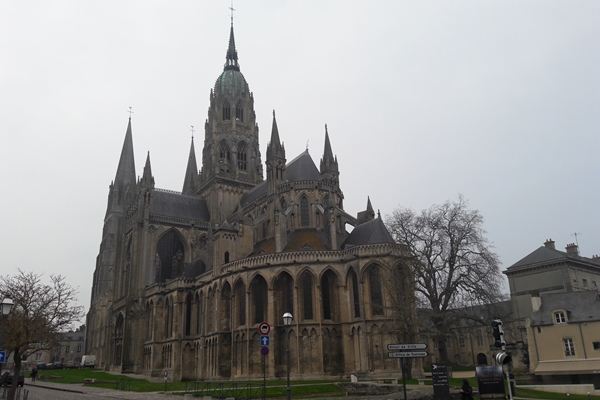 Bayeux, with its cobbled streets, many restaurants and museums is also home to the world famous Bayeux Tapestry which is listed as a Unesco World Heritage Site. In 1944, the town became the provisional capital of France. Bayeux was one of the first French towns to be liberated from the German occupation. 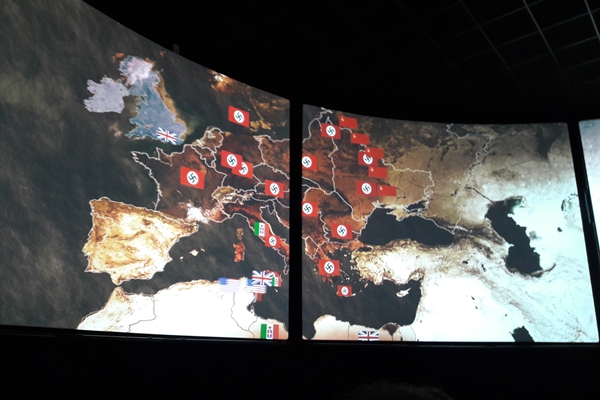 Located on the Arromanches clifftops, the Arromanches 360 Circular cinema dominates the remnants of one of the two artificial Mulberry harbours set up by the Allies. Images bombard you from all sides in this circular cinema opened for the 50th anniversary of the D-Day landings. The clips take you racing through the 100 days of the Battle of Normandy to liberate the region before the Allies moved on to free the rest of Europe from Nazi occupation.

Giverny is a delightful, typical Norman Seine-side village. It lies on the right, or north, bank of Normandy’s mightiest river, close to the town of Vernon. Were it not for the arrival of Impressionist master Claude Monet in 1883, the village might have remained a quiet provincial backwater. The long years Monet spent here would turn it into a place of artistic pilgrimage, even in his lifetime. He settled at Giverny with his companion Alice Hoschede. They had both been widowed and their respective children came to live with them. Rouen, stretching beside the Seine, is Normandy’s cultured, historic, gastronomic, vibrant capital. Monet’s canvases of the cathedral have made it the best-loved building in town, but many other glories stand out, including fine museums and the church dedicated to tragic visitor Joan of Arc. 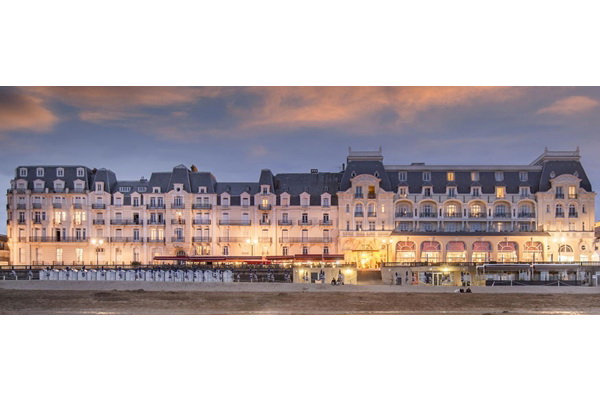 Cabourg is a chic seaside resort, created from nothing in the middle of the 19th century and lies not far east of Caen and the D-Day landing beaches. This swish resort vaunts broad sands, a wide promenade and genteel airs. Such elements seduced the famed French novelist Marcel Proust. He enjoyed staying at the majestic Grand Hotel, from where, still today, you can contemplate Cabourg’s multiple modern seaside pleasures.

Honfleur is a charming commercial and pleasure port with traditional Norman architecture. Its Eugene Boudin museum displays a numerous paintings of Honfleur and the estuary in the 19th and 20th centuries by famous artists such as Monet, Boudin, Cals, Dubourg, Dufy. 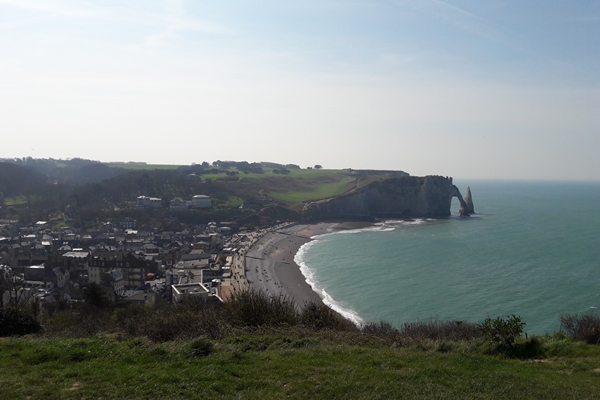 Nature has carved fabulous shapes out of the white cliffs at Etretat. The extraordinary site drew Impressionist painters aplenty. The picturesque resort was also chosen as the setting for the stories of a favourite French children’s character, gentleman burglar Arsene Lupin. Another startling attraction is the cliff-top golf course. Visitors come from far and wide to admire the spectacular cliffs in Etretat on the Alabaster Coast, a once secluded fishing village. Its rugged beauty has inspired the greatest of artists including Monet, Boudin, Flaubert and Maupassant.

With more than 150 shops in the town centre and a market on Wednesday mornings, Le Neubourg is a busy town with authentic heritage sites. The ruins of the old castle, the square Dupont de l'Eure, the church, the Ecorches Anatomy museum, the Chateau du Champ-de-Bataille are part of the attractions to explore. Just like many Norman towns, Le Neubourg welcomed some crowned heads: Henry Beauclerc, Stephen of Blois, Margaret of France, etc. and illustrious figures: Corneille, Dupont de l'Eure, etc.

Tags:
Normandy
About the author