From October 26th to 27th Pavia hosted the 7th International Cultural Tourism Exchange “Mirabilia”, the network with 16 UNESCO sites or UNESCO candidates aggregated by the local Chambers of Commerce and Unioncamere. The event was held in the Palazzo Esposizioni of the Chamber of Commerce, located near the Ticino river that crosses the city, which this year celebrates its 60th anniversary and which will receive a restyling for the occasion. Here b2b meetings took place between 300 operators and about 100 international buyers in the tourism and food & drink sectors.

In Pavia’s Palazzo delle Esposizioni, the meeting between the Chambers of Commerce started with a success. Also, the awaited event of the seventh edition of the “International Scholarship of Cultural Tourism” and the third edition of the “Food&Drink Scholarship” organized by Mirabilia Network, an association that gathers 17 Italian Chambers of Commerce and that links the “other Italy”, the lesser known territories recognized by UNESCO as World Heritage.

An event that represents an opportunity for the enterprises with more than 2,600 business meetings between businessmen and foreigner buyers and b2b meetings between the tourist and agricultural demand and offer. 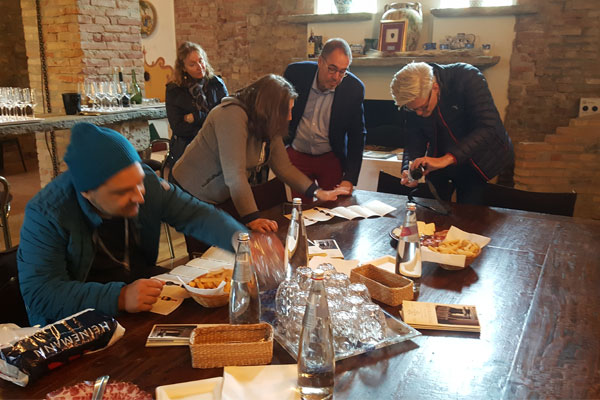 n 27th and 28th October, in Pavia’s Palazzo delle Esposizioni 250 professionals and 90 buyers of the tourism and food & drink field coming from European Countries, USA, Japan, China and Russia are reunited. In Pavia there are also twelve journalists from Germany, Estonia, Belgium, Greece, France and Sweden.

On 26th October, the partnership meeting of Mirabilia with the Chamber of Commerce of France, Croatia, Greece, Hungary and Bulgary took place.

During the grand opening – introduced by the welcome of Franco Bosi, President of the Chamber of Commerce of Pavia; Angelo Tortorelli, President of the Mirabilia Network Association; Eric Giraudier, President of the Chambre de Commerce et d’Industrie (CCI) du Gard and Massimo Depaoli, Mayor of the Pavia district – the round table on the topic “Tourism, Culture and Agricultural Value in the UNESCO’s sites and their areas” was held, with the speeches of Lucia Borgonzoni, undersecretary for the Cultural Heritage and Activities and Tourism; Philippe Daverio, art critic, professor and essayist; Ivana Jelinic, President of Federazione Italiana Associazioni Imprese Viaggi e Turismo; Davide Rampello, university professor, director and art director and Giuseppe Tripoli, regional secretary of Unioncamere. The morning ended with the contribution of Silvia Piani, Assessor for Equal Opportunity of Regione Lombardia, and Gian Marco Centinaio, Minister for the Agricultural, Food and Forestry Policies and Tourism.

It was also the occasion to testify the cultural, artistic and artisanal excellence Made in Italy, with the award ceremony of the Mirabilia ARTinART Contest’s second edition, a recognition that enhances the artistic craftsmanship in the Network Mirabilia’s UNESCO sites. The awards were assigned to Gerardo Sacco of the Crotone CCIAA for his silver tray (first place), to Marina Bertagnin of the Verona CCIAA for her sculpture “Via della Seta” (second place) and to Giulia Casellato of the Pavia CCIAA for her “Risaiola” ring (third place). An hors concours prize was also assigned to Giuseppe Albrizzi of the Pavia CCIAA for his golden silver goblet.

The European Network of Unesco Sites has been reached recently in Rome. At the headquarters of Unioncamere, the Mirabilia Network Association was established. Unioncamere and the Chambers of Commerce I.A.A: Bari, Caserta, Genoa, Matera, Molise, Pavia, Perugia, Potenza, Riviere of Liguria, Sassari, Udine, Venezia Giulia, and Verona are members of the non-profit association Mirabilia network. the first president of the Mirabilia Network Association Angelo Tortorelli, president of the Chamber of Commerce of Matera. 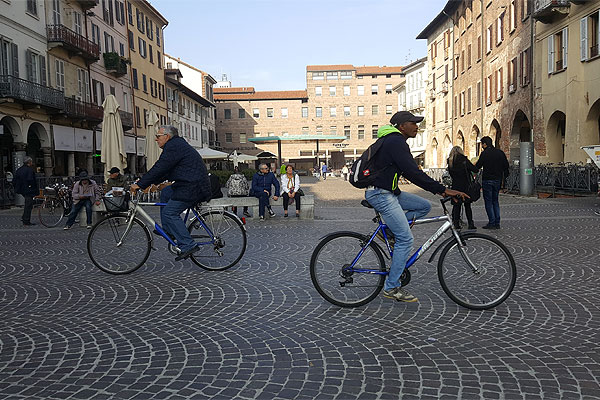 The Mirabilia Network association was established to join together areas united by their historic, cultural, and environmental importance – an interaction between institutional and economic figures and between governance models underpinning the territory’s development policies. It is a non-profit association, and chambers of commerce and all the structures in the Italian Chambers of Commerce system can belong to it – as can national business associations, authorities, bodies, and public and private entities representing tourism supply chains and districts as well as related sectors interested in their promotion and development.

The Association can establish relationships of linkage or collaboration with Italian and international bodies and authorities interested in problems in the tourism supply chain in Italy.

The Association promotes cultural as well as wine & food tourism, and the supply chains aimed at capitalizing on the territories through an integrated tourism offering of “less-known” UNESCO sites, which renders visible and usable the linkage among territories that, in tourism, culture, and art, are united by their UNESCO recognition. It aims to support “another Italy,” the one offered to an international public by connecting the special features that contribute towards an added value for increasingly targeted demand from new travellers. 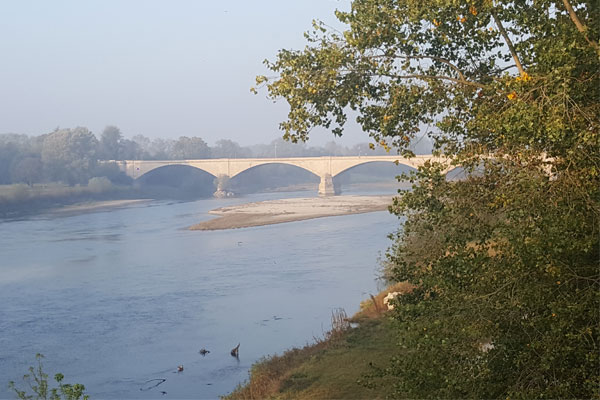 The Association aims to integrate the multiple nature of experiences in the sectors of tourism, culture, and services, while also fostering an exchange of skills in the processes of social and economic development, with reference to the following lines:

The Association’s purposes include that of creating business opportunities between supply and demand in the tourism sector, and in the closely related agrifood and artistic handicrafts sectors, by implementing specific actions of B2B, training, digitization of enterprises, development of applicative technologies, educational tours, design of tourist itineraries including those for specific themes (e.g. religious pilgrimages…), actions to capitalize on artistic handicrafts, actions aimed at establishing the European Mirabilia of UNESCO sites, and interventions aimed at creating a network between Chambers of commerce and schools, with the objective of fostering knowledge of the territories and of the hospitality facilities in the participating provinces.

The Association performs international activities and initiatives in line with the provisions of the Protocol of understanding signed between the Ministry of Economic Development and the national Unioncamere, in addition to carrying out initiatives linked to national and EU projects, and developing agreements with other European-level Chamber bodies.

Today the producers of Buttafuoco Storico are 14 and the intent is to collaborate in the research of historical characteristics, in the selection of the most suitable vineyards, in controlled production, in the promotion of the Buttafuoco wine.

An important challenge without unconsciousness, but with the conviction of being able to wage war on equal terms with the great Italian and international wines.

A completely new adventure for the Oltrepo: getting to have the traditional wine paradoxically new, conceived and created with unusual criteria for our cellars, where the safest parameter for the quality of the wine was always the ability to explode in a compact foam just to pour it. It is therefore difficult to think only of a still wine, still in its austerity, how difficult it is to convince oneself to produce less, to break down the redundant grapes, and how it is even more difficult to submit to the judgment of those who alone will have the right to judge the fullness compliance of the wine with the rules of the Club, to be able to present it as a worthy member in all respects.