SSP Group, a leading operator of food and beverage outlets in travel locations worldwide, has successfully launched a dean&david store at Bremen Airport.

SSP Group has successfully launched a dean&david store at Bremen Airport. In addition to appealing to international travellers, the outlet also caters for those working locally and visiting from the nearby Airport City business district.

dean&david is prominently located next to the entrance of Terminal 1 and features a large outdoor deck. Customers can choose to eat in or order meals to take away from a wide-ranging menu, which includes Asian curries, soups, ‘good life’ bowls, wraps and grilled sandwiches. Salads can also be customised according to each customer’s individual preferences.

dean&david opened its first store twelve years ago in Munich and since that time, the brand has continued to grow in popularity. It has strong appeal internationally, and new units have recently opened in Austria and Switzerland. 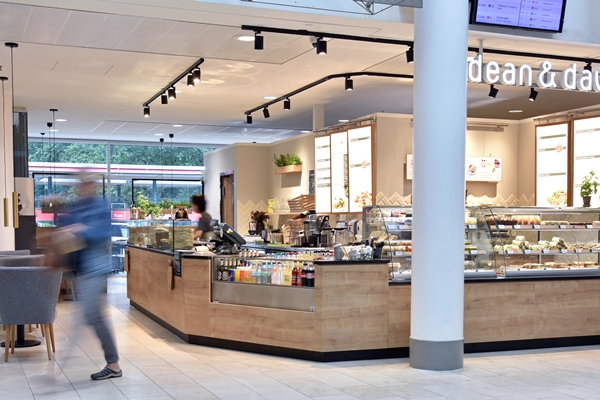 Elmar Kleinert, CEO of Bremen Airport, said; “Our location is very special: No other international transport hub in Germany lies as close to the city centre as Bremen Airport. Moreover, a number of global players, medium-sized enterprises as well as aspiring start-ups can be found close by in the Airport City. When we are planning to expand our offer, we always have our neighbours in mind and consider them an essential part of our customer base. Airport City and the airport both benefit from this synergy.”

Michael Glatz, Head of Business Development of SSP Germany, said; “dean&david is a young, trendsetting fast-casual concept for nutrition-conscious city dwellers. Thanks to its partnership with SSP, the chain now serves travellers at several German train stations and airports. Within the first weeks of opening at Bremen Airport, we have already acquired many regular customers from the neighbourhood who welcome dean&david as a healthy lunch option – and as awareness of the store grows, we expect their numbers to increase further.”

Tags:
SSP Group
About the author