Like with any new technology, we'd caution potential customers to wait until reviews come out before buying into the Starlink promise.

In testing since 2019, Starlink is only now beginning to achieve its full potential. Though standard locked dishes are the main target, the company has made more interesting waves for many potential customers by revealing their intent for mobile systems. Aiming to give all the advantages of standard Starlink with the additional benefit of greater convenience, the potential of these new systems in work and entertainment is immense. That is if it can live up to the hype.

Online bingo and remote work opportunities
As it now stands, most of those who engage with remote gaming and remote work need to rely on existing shared wifi networks. This can prove a viable solution in some regards, but it's a half-step compared to having your own full-time dedicated connection. To illustrate the advantages here, consider two popular uses of the mobile internet for desktop and laptop users: bingo games and word processing.

Games like bingo jackpots aren’t just a widely loved and growing part of the online game arena, they also reflect many core components of the online browsing experience. Being able to play these titles like the Topaz Room and Bargain Basement requires a lot of general browsing and a consistently reliable connection, which should prove Starlink’s viability. Though these uses aren't especially demanding on internet connections, a working system here could indicate a starting point for many other entertainment applications.

For work, being able to have a reliable dedicated connection could make all the difference in being able to commit to working travel. Too often have those who walk this path been saddled by slow hotel or hotspot wi-fi, which can turn even simple jobs into frustrating or impossible pursuits. By giving access to fast and dedicated connections, Starlink could allow access to a full range of remote work systems, effectively mirroring what is possible at home.

Standing in the way
Still in the planning stages, the adoption of mobile Starlink devices is an established and coming goal. Whether or not this goal could be achieved, or how well it could work in real-life circumstances, that’s another question entirely. As far as the technology has come, it still has some challenges that are difficult to overcome, especially in regards to sight-lines, even for low-demand uses like bingo gaming.

Unlike traditional satellite internet systems that rely on a single geostationary satellite, Starlink uses tens of thousands of much closer satellites in a net formation. This considerably cuts down on latency, but also means that dishes need to consistently track new and moving targets. In practice, this means that while an older system could work permanently once a connection is fixed, Starlink’s connection will require a much wider sightline to the sky.

In other words, games like online bingo would be much more reliable on older satellite connections, but they’d be much slower to respond. On Starlink, bingo and work uses could respond much faster, but connection drops could be much more common. Such an issue is likely to be a major roadblock to mobile Starlink, significantly limiting where a user could set up base. 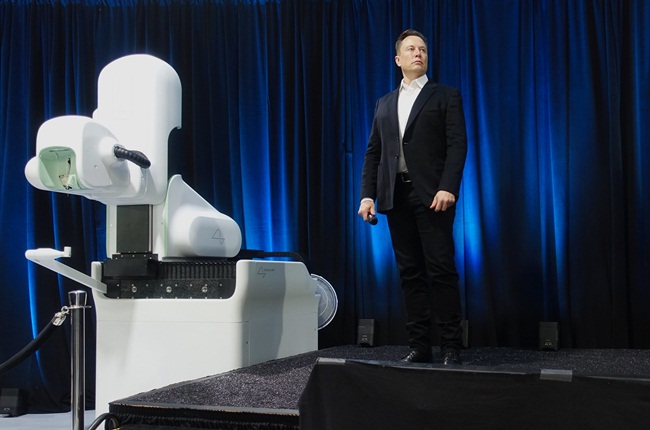 "Elon Musk and the Neuralink Future" (CC BY 2.0) by jurvetson

Like with any new technology, we'd caution potential customers to wait until reviews come out before buying into the Starlink promise. After all, as much as founder Musk promises, his ideas are often the result of his overestimation of his expertise. Still, this is a very promising technology to watch. Whether you just want a fast and reliable way to play bingo on the go, or if you would like to commit to work and a change of scenery, Starlink could be exactly what the digital doctor ordered.