The best countries for tourism for casino fans

Along with Vegas, Macau and Australia, a gambling fan can travel to check some other casino tourism destinations. Just as an example, more than a million tourists have visited Manchester, United Kingdom, where the PokerStars Championships take place.

It is true that in the last two years we have faced difficulties at all levels. However, after we have returned to normal to some extent, we again can do all those things that make us feel good and lift our spirits. One of them is long trips to some of the most popular destinations abroad. The year ahead is suitable for such trips, and we have gathered some of the most gambling-friendly places that will welcome true casino fans during all four seasons. Find out more about casino cities and countries where you will combine. 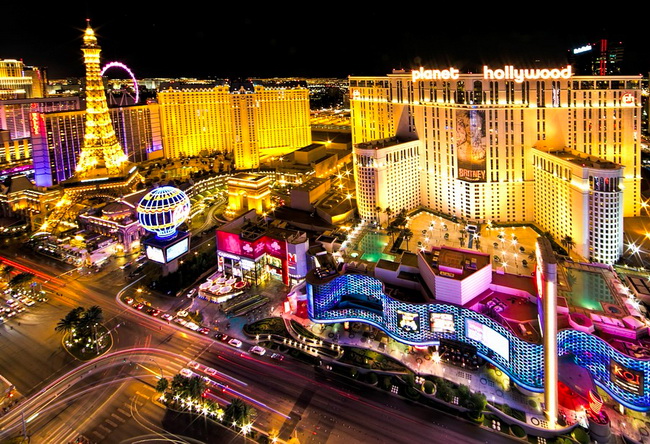 As the world's entertainment metropolis, a glittering fortress, this city is located in the middle of the Mojave Desert in the state of Nevada. With just under two million inhabitants, it is considered relatively small, but this is the most visited destination in the United States. Filled with glamorous casinos, performances by famous performers, and express venues for wedding ceremonies, this is actually a fantastically organized shopping center and a place for entertainment of all kinds.

Thanks to the offer of interesting facilities, ranging from top restaurants, luxury boutiques of the most prestigious brands, the most exclusive and luxurious hotels as well as exciting entertainment and nightlife, this city is one of the main gambling tourism destinations. Needless to say, Sin City is best known for the best casinos. Before starting playing, you can check the Kingdom Casino review and get the ropes of online games to later use tricks in Grand Las Vegas or another casino.

Moreover, it attracts its tourists with bright lights from all sides, splendor, music, and unusual fountains. Thanks to ingenious designers, guests have the impression that gambling tourists will enjoy like they are in New York, Paris, Rome, Monte Carlo, or Venice. So, while you are in Vegas, you can experience the magic of several different cities, a little gambling, and some world-famous shows at the same time. The most interesting of all, if you need an instant wedding, registrars work from 0 to 24 hours. 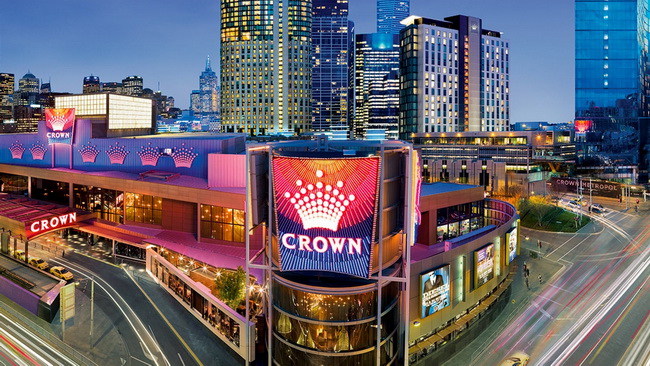 Isolated and yet multicultural and rich in content, Melbourne is hard to win in the competition for the best place to live. From 2011 until today, every year Melbourne is proclaimed the best in this prestigious category. The capital of Victoria in Australia is an amazing blend of different cultures, styles, and cuisines. The combination of restaurants, art galleries, domestic fashion brands, and a rich sports calendar makes it a great place to live.

Your quest for the top casinos around the world will find here a fertile ground. Melbourne is also a home to the famous Crown Casino. On the other hand, sports betting is equally enjoyed in Down Under, so if you’re into racing of all sorts and kinds, try your luck and visit both the Flemington Racecourse and Moonee Valley Racecourse.

When talking about your gambling options, the Crown is placed at the riverbank and holds 50.000 square meters of entertainment space. Avid punters and recreational players will find a variety of choices including slot machines and 40 poker tables, but only a small thing could prevent them from bringing the winnings back. The site is also crowded with shopping options, fine restaurants, and luxury accommodation, so if you know how to make money from gambling, do your best to save it here. 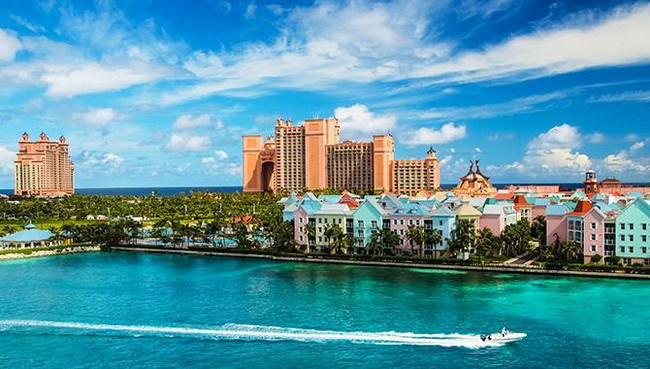 Heaven on earth! The Bahamas is a small island nation in the Atlantic Ocean that encompasses an archipelago of 700 islands east of Florida and north of Cuba. The Bahamas is the cultural, tourist, political, and economic capital of the Caribbean islands, and the name 'Bahamas' is actually of Spanish origin and means 'baja mar', or shallow sea. This is also the name of the biggest casino on the island.

The capital is located on the island of New Providence and has about 200 thousand inhabitants. Nassau is a sophisticated, charming town, built on sun-drenched hills and imposing sea views. It was founded in 1670, and it suddenly grew into a shopping center, thanks to its ideal, protected position.

For course, gambling fans want to visit the country to both travel and play casino games, and there is a good chance to get it all here. With more than 18 different table games and 1000+ slots, the Baha Mar resort looks over the sparkling turquoise sea and invites punters to enjoy a multitude of options. You will surely appreciate the Club Blu Rewards program and an impressive range of benefits including free play, tournament invitations, comp points, resort perks, and more. 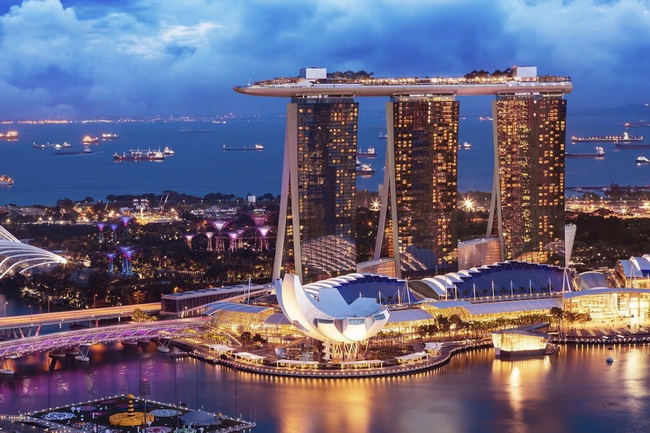 Founded in 1819 as a British trading colony, Singapore is an island city-state in Southeast Asia. Since gaining independence in 1959, it has managed to become one of the most prosperous modern economies. The name "Singapore" comes from the words "singa" which means lion and "pura" which means city, so it is also called "City of Lions".

Singapore is adorned with tall and shiny skyscrapers, which are illuminated at night and illuminate the entire cityscape. This city is a mixture of Indian, Chinese, and Malay influences and cultures, while food, shopping, and exciting nightlife make Singapore the perfect destination for all casino enthusiasts who like to travel.

This precious metropolis is extremely densely populated, and in the center there are several neighborhoods, known as the Central Business District, where the heart of nightlife is. On the nearby island, gaming aficionados will want to visit the Resorts World Sentosa and play a blend of attractive and rewarding casino options. 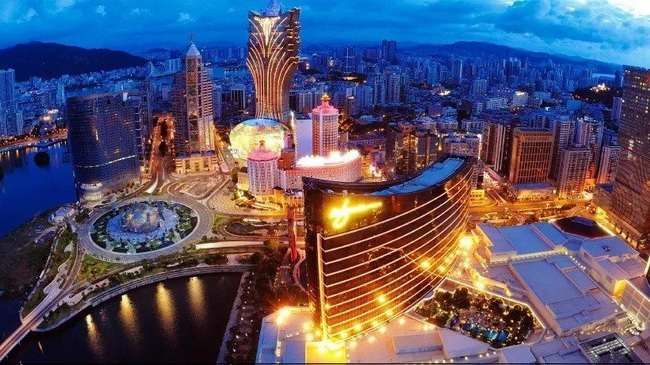 Macau was created as the first European colony on the territory of China. It was built by the Portuguese in 1557. on 30km2 of the territory of the Pearl River delta. It is located 64km east of Hong Kong and 145km south of Guangzhou. Macau, which the Chinese call the "Mirror of the Ocean", is also the last European colony returned to the motherland. Since 1999 Macao was granted the status of a Special Administrative Region of the People's Republic of China with a political settlement that the economic style of the former colony would not change for the next 50 years.

The colonial authorities realized the importance of legalising gambling and passed a law in 1847 that opened doors for the emerging gambling industry to establish as one of the main economic powers in the peninsula. Today, Macau is a home to 20 largest venues in Asia and some of the most popular casinos among punters worldwide.

Today, Macau, with its 650,000 inhabitants, is called the Vegas of Asia because of its numerous casinos and intense nightlife in an environment of fascinating mix of Iberian and Cantonese temperament, architecture, and cuisine. Among other casinos and resorts, Venetian and Casino Lisboa dominate the scenery.

Conclusion
Along with Vegas, Macau and Australia, a gambling fan can travel to check some other casino tourism destinations. Just as an example, more than a million tourists have visited Manchester, United Kingdom, where the PokerStars Championships take place. No matter your gambling destination choice, make sure you have what it takes to join high rollers and hopefully beat them at gaming tables.