The best US states to visit to see horse racing

As with any sport, horse racing is more popular and certain states and parts of the country than others. These are the best US states to visit if you want to watch thoroughbreds compete.

Believe it or not, there are horse racing hotspots across America. That means for thoroughbred fans, you can combine trips and travel throughout the USA with a day at the races.

As with any sport, horse racing is more popular and certain states and parts of the country than others. These are the best US states to visit if you want to watch thoroughbreds compete.

Kentucky
The Bluegrass State has a big association with horse racing, and arguably the most famous dirt race on Planet Earth, the Kentucky Derby, takes place at Churchill Downs in Louisville every May. They call that event the race for the roses, and it was inspired by its turf equivalent in England, the Epsom Derby.

Racegoers will find the Kentucky Derby is such a big deal that there is a whole series of races on the road to it, taking in events in many other US states and popular horse racing tracks listed below. The eyes of the sporting world, for a couple of minutes at least, are fixed on Churchill Downs.

If you want to know how to bet the Kentucky Derby right, there are guides available that explain all the different areas that are important to know such as the markets available and how to choose which horse to bet on such as following key trials held at other venues can give you pointers. Horse racing in the Bluegrass State isn't just about Churchill Downs, though, as Keeneland in Lexington is also a Grade 1 track with important races run in both the spring and fall. 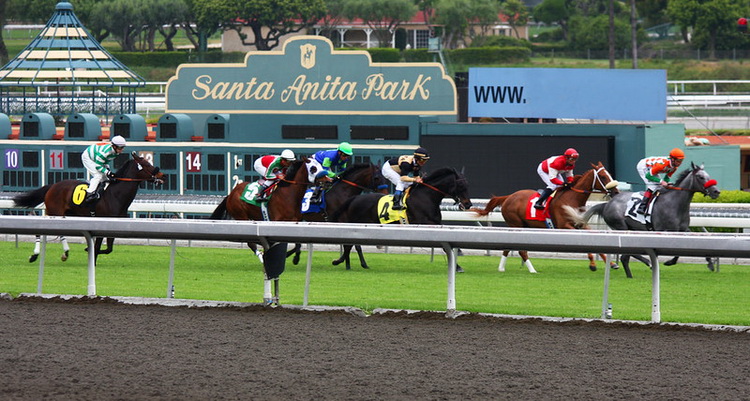 It's just a half-hour drive from the glitz and glamor of Hollywood to Santa Anita Park. Like Del Mar, both racetracks are popular host venues for when it's the turn of the West Coast to host the Breeders' Cup World Championships in the fall during early November.

In 2021, Del Mar has that honor and the Breeders' Cup brings thoroughbreds from all over the globe to race on both dirt and turf. Many top racehorses will be California dreaming this year.

New York
From West Coast to East Coast now, and the Empire State. Both the Big Apple itself and Upstate New York have lots to offer horse racing fans.

Belmont Park, the home of the Belmont Stakes which traditionally completes the US Triple Crown after the Kentucky Derby and Preakness Stakes at Pimlico in Baltimore, Maryland, is less than 20 miles away from the Empire State Building. The big races in New York take place during the summer months. 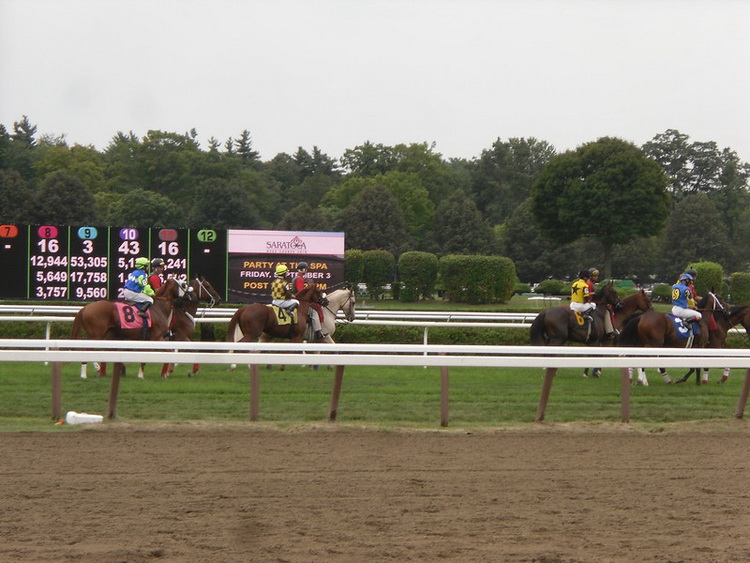 Upstate, meanwhile, is Saratoga Race Course, the infamous graveyard of champions at Saratoga Springs where a number of equine legends have been beaten down the years. The Travers Stakes is among the Grade 1 action you can see at this track.

Florida
And finally, The Sunshine State has Universal Studios, Disney World and Gulfstream Park. The Florida Derby in March is one of the key prep races for the Kentucky Derby.

Besides that, Gulfstream Park in Hallandale Beach is home to the Pegasus World Cup, invitational dirt and turf races in January recently added to America's horse racing program. The Pegasus is a stepping stone for Breeders' Cup horses going on to races in the Middle East.

Florida really brightens up the winter months with its horse racing action, although it continues nearly all year round here. As you can see, many popular travel destinations stateside can offer you a day at the races too.