Tatiana Rokou / 06 Nov 2015 10:31 2788
0
SHARES
00
Thomson and First Choice have seen a 350% increase in long haul passengers in the last 10 years, with a staggering 800% increase in family bookings alone, leading to the addition of exciting destinations.

The new Dreamliner arrives just in time as new research from Thomson and First Choice has revealed that long haul holidays are fast becoming the preferred choice for many British holidaymakers, with more people than ever before are prepared to go the distance to find their dream destination. Travelling for nine hours or more is now considered par for the course for many Brits (77%) as they seek more adventure and cultural diversity from their holidays. 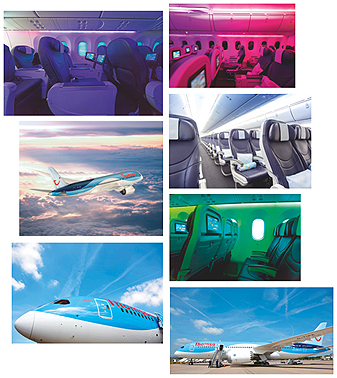 Thomson and First Choice have seen a 350% increase in long haul passengers in the last 10 years, with a staggering 800% increase in family bookings alone, leading to the addition of exciting destinations such as Costa Rica and Thailand and most recently, Indian Ocean gem, Sri Lanka which will be on offer from winter 2016, travelling on the 787 Dreamliner from London Gatwick airport.

A new aircraft like the Boeing 787 Dreamliner is also having an impact on travellers’ decisions to venture on a long-haul trip, with one in three (34%) of those surveyed stating the introduction of these new aircraft has inspired them to go further afield on holiday.

To celebrate the launch with their customers, Thomson is inviting the British public to choose a name through the “Name Our Plane” competition.

To enter, entrants should simply click on the link above, and submit their idea on the dedicated web page. They will then be encouraged to get votes for their entry from friends and family to ensure they make the top five to be in with a chance of winning the prize of £2500 worth of Thomson holiday vouchers. At the end of the competition, the top five entries with the most votes as voted for by the public will be submitted to a judging panel made up of Thomson Airways staff.

The prize for this competition consists of two parts:
1. The winner’s choice of name will be positioned on to the side of the seventh Dreamliner which will join Thomson Airway’s fleet in January 2016.
2. The winner will receive £2500 worth of Thomson holiday vouchers, enabling them to choose their holiday from the whole of Thomson’s range.

The features of the new Dreamliner 787 are: