NEEDHAM, MASS. – TripAdvisor announced the launch of a new Windows 10 app across desktop, tablet and mobile. The TripAdvisor app for Windows 10 will be available in 47 markets and will be pre-loaded on millions of Windows 10 compatible devices in 2016.

The new app features TripAdvisor’s comprehensive booking tools, including the TripAdvisor instant booking platform, which allows travellers to easily compare hotel options, check prices and availability and book their accommodation on TripAdvisor. Restaurants and attractions are also featured, many of which are bookable on the site. 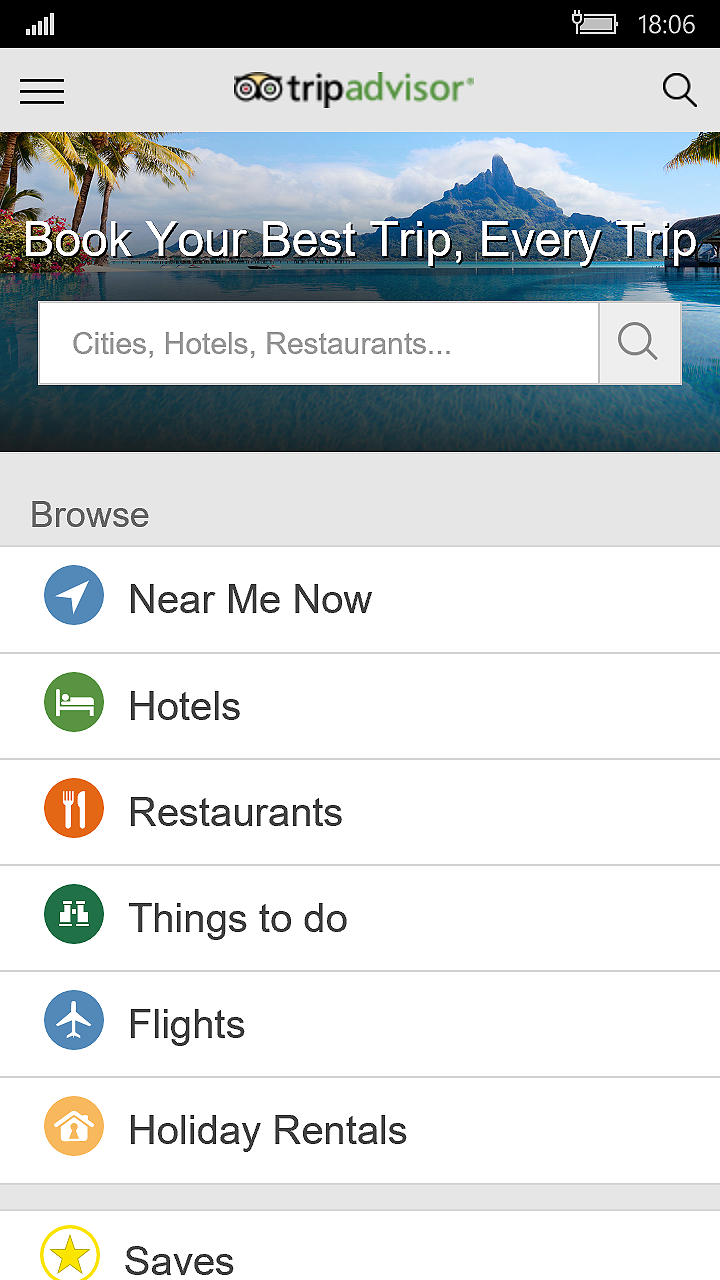 The app also showcases more than 290 million user reviews and opinions of hotels, restaurants and attractions, and over 46 million candid traveller photos, covering destinations around the globe. Additional features include Near Me Now, a tool that navigates travellers to nearby points of interest using their phone’s GPS.

“The new TripAdvisor Windows 10 app offers users a comprehensive resource to help them plan and book their trips,” said Rory Kenny, director of mobile partnerships, TripAdvisor. “Mobile continues to be a huge driver of traffic to TripAdvisor, in fact half of our traffic now comes via mobile. We are excited that Windows Phone users will now be able to plan, compare and book hotels, restaurants and attractions within the TripAdvisor app.”

“Microsoft is excited with TripAdvisor’s continued commitment to Windows 10 with the release of their new app built on the Universal Windows Platform,” said Steve Guggenheimer, Corporate Vice President of Developer Platform & Evangelism and Chief Evangelist for Microsoft Corp. “With Windows 10 running on over 200 million devices worldwide, we’re excited to provide our fans great experiences such as TripAdvisor’s comprehensive booking tools, user reviews and travel photos from around the globe, on any Windows 10 device.”

The TripAdvisor app, already available on iOS and Android devices, has amassed 215 million downloads to date – making it the world’s most popular travel app.

Tags:
appTripAdvisor
About the author