Want to explore Alaska? Here's how to make it happen

Alaska is unlike any state in the US and it has a completely different feel to it. You’ll enjoy the snowy mountains and the warm cups of coffee in the morning like never before.

Alaska is the 49th state to join the USA, and it’s the largest one with over 1.7 million square kilometers. It’s at the extreme northwest of the American continent. Interestingly, Alaska belonged to Russia from the 1700s to 1867, when it was bought by the USA for two cents per acre. The reason it was sold by Russia was the belief that the USA would counter the expansion designs of Great Britain. History aside, Alaska is a wonderful place that exists at the world’s edges. It was dubbed “The Last Frontier” and only one-third of the state has cities and towns, leaving a very vast untouched landscape. If you’re feeling adventurous and in the mood for exploration, Alaska is one trip that won’t ever regret. We’ve compiled a brief guide that should help you make it happen.

The best time to visit Alaska
Alaska has recorded one of the coldest temperatures ever at -80. Being the coldest state in the US, it’s always wiser to visit it during the summer. The most popular tourist months are between June and August, where the weather is warmer, giving you more locations to access. Keep in mind that when you’re visiting during the tourist season, you’ll notice slight crowding and more expensive rates.

The temperature noticeably starts decreasing with the beginning of the fall. By October, Alaska will be covered in thick snow, in addition to common snow showers by mid-September. Make no mistake, a visit to Alaska in September is still great and delightful. You’ll enjoy fewer crowds and majestic sightseeing, including the Aurora Borealis on clear nights. If you’re feeling adventurous and in the mood to participate in winter sports, visit Alaska between November and March to enjoy a plethora of winter sports, such as skiing, snowboarding, ice skating, and more.

Accommodation
Fortunately, getting accommodation in Alaska is not a hard task. When it comes to options, you’ll have many, from hotels to camps and AirBnBs. The rate of hostels in Alaska is increasing in large cities like Fairbanks, Homer, and Seward. If you’re on a budget, hotels may not be the best option because they are relatively expensive compared to the other options, especially if you’re in the high season. You can land a deal if you shop early enough. If you’re a group that’s traveling to Alaska to have an adventure, renting an RV is a pretty good way to maximize the fun you get out of your trip. There is no shortage of great locations that you can camp in Alaska, even if you are on a budget.

Getting around
In Alaska, you’ll have to forget the interconnectedness of roads that you see in other states and cities. About 82% of the communities in Alaska are not on the road system, which makes road vehicles not the best solution for getting around. The good news is that a lot of the magical locations in Alaska aren’t that hard to reach, but keep in mind that public transportation is not available to transport you between cities, so self-driving is often the wisest choice. Renting a car is pretty common for people who will be in Alaska for a vacation or a little while, especially if it’s a group. If you’re going with the camping option, renting an RV would make a lot of sense. Naturally, if you’re there to stay for a long while, buying a car should be more cost-efficient. The railroad system in Alaska connects 4 cities, which are Anchorage, Denali, Seward, and Fairbanks. While we don’t directly recommend hitchhiking, but it may be an option for a very tight budget, but always remember to follow common sense and safety precautions. There are daily flights that take place between various Alaskan cities, so an air taxi might be the only option to reach the more remote locations in the city.

Saving money during the trip
If you’re on a tight budget, it’s wise to think ahead and see how you can save money before and during your trip. It’s advisable to look outside the tourist season because the price can hike up during this season. Airline sales are easy to land between May and September. Avoid paying unnecessary expenses on sightseeing since the majority of the magical locations in Alaska are freely open to the public. Camping is highly advised for those feeling adventurous yet on a tight budget. 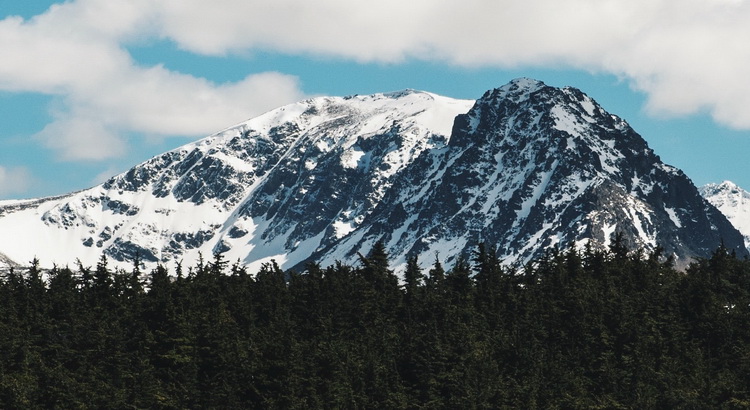 Photo by Cory Gazaille on Unsplash

Alaska is unlike any state in the US and it has a completely different feel to it. You’ll enjoy the snowy mountains and the warm cups of coffee in the morning like never before. There are a lot of ways that you can prepare for this trip, and they’re all fun. If your budget isn’t pleasant, always opt for cheaper accommodation and transportation options.