The inaugural Tsinandali Festival, which is set to become an annual event, featured prominent performers, conductors, composers, musicians and artists from around the world. The 15-day event took place in the most beautiful corner of Georgia – the Kakheti region – where more than 30 concerts of opera, orchestra and chamber music were performed by groups and solo artists.

The inaugural Tsinandali Classical Music Festival
“Over the past few days, guests have enjoyed drinking in the atmosphere at the Festival in the company of musicians and dignitaries from all over the world,” said Yerkin Tatishev. “The charming Tsinandali Estate sits in Georgia’s historic Kakheti region, home to one of the oldest wine-growing regions in the world, where the grape harvest is already in full swing. The Festival, I am glad to say, fits perfectly into the convivial traditions of the region at this time of the year.”

According to Daniel Kunin, a Managing Director of Kusto Group and Georgia expert, “The Tsinandali Festival is a remarkable achievement and having seen first-hand the work that has gone in to make it a reality, I know the founders and organizers will be feeling immense pride at their accomplishment.”

In preparation for the Tsinandali Festival, a special music hall was built for 900 guests, a hotel with 60 rooms, an open amphitheater, a library and all the relevant infrastructure necessary to host a world-class music festival. An international music academy was also created in Tsinandali featuring a youth orchestra of 60 members.

Such famous musicians as cellist Mischa Maisky of Israel, pianist Yuja Wang of China, young pianist Jan Lisiecki of Canada, pianist Denis Kozhukhin of Russia and many others also performed at the festival.

On the initiative of Yerkin Tatishev, Chairman of the Board of Kusto Group, and famous Kazakh composer Yerkesh Shakeyev, fourteen young musicians from Kazakhstan attended and participated in the event. These young performers were selected as members of the Pan-Caucasian Youth Orchestra (PCYO) of the Tsinandali Festival.

This youth orchestra will likely become the leading training and creative opportunity for talented young musicians from Kazakhstan, Ukraine, Turkey and the countries of the Caucasus. The musicians who represented Kazakhstan at the festival were selected during an audition held in Almaty on March 30, 2019.

According to Tatishev, “The Pan-Caucasian Youth Orchestra is a symbol of the Festival’s mission to unite people of different nations through a shared love of music, bringing together musicians from Kazakhstan, Georgia, Azerbaijan, Ukraine, Armenia and Turkey.” 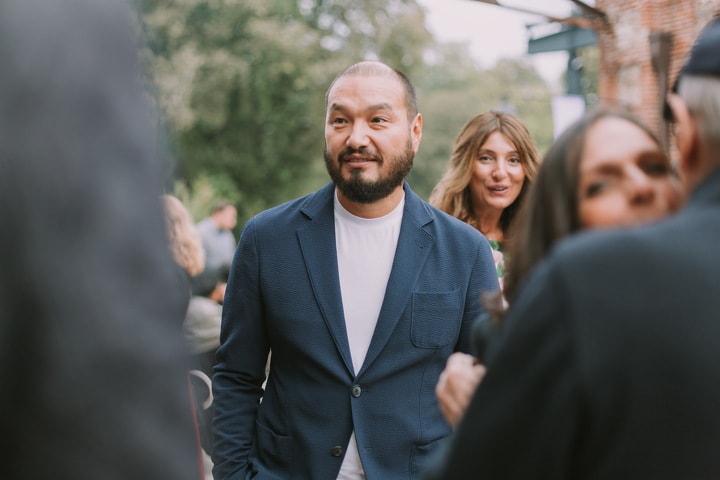 Talented young musicians from Kazakhstan
Yerkin Tatishev said, “I first visited this part of Georgia 15 years ago and immediately fell in love with Tsinandali. Then, together with my friend and partner George Ramishvili, we decided to restore the Chavchavadze house, museum and the surrounding estate. When the idea of holding the Tsinandali Festival came up, we immediately decided to use the event as a way to support the participation of young musicians in the region in order to give them the opportunity to work with the best professionals - stars of opera and classical music.”

According to conductor David Sakvarelidze, the Director General of the Tsinandali Festival, who was part of the selection committee for the Pan Caucasian Youth Orchestra, “We, the members of the committee, listened to all applicants for participation in the orchestra. Many of those who auditioned prepared well in advance and we anticipated an incredibly high level of skill from the musicians from Kazakhstan.”

“With their musical proficiency, it was clear that there would be many musicians from Kazakhstan represented on the youth orchestra. As a result of the audition process, 14 young musicians from Kazakhstan were selected, and they have proved themselves brilliantly. Not only were technicality and skill important to us - we were looking for special emotionality. For the members of the orchestra, a special character, flexibility and desire to change, as well as emotional stability are essential when it comes to being part of a team.”

A joyful celebration of music and camaraderie
“I have been watching music in Kazakhstan for a long time and I should note that these qualities are the result of the existence of a certain genetic code, especially when it comes to string players and horn players. This talent takes its roots in traditions, and if you want to develop these abilities, you need to invest in them. And, I’m sure, that it will not be long before the professional world will take notice and begin to talk about these incredible Kazakh musicians,” David Sakvarelidze emphasized.

Yerkesh Shakeyev, a Kazakhstani poet and composer, said: “The festival has made an amazing, positive impression. Everything is organized and executed to the highest level. I think one of the secrets of the good atmosphere surrounding the Tsinandali Festival is the large hospitable and benevolent heart of the Georgian land and its amazing people. The caliber of the musical performances was no less impressive than the organization. Our guys are at their best, as we were told by maestro Gianandrea Noseda (music director of the festival) himself and festival director David Sakvarelidze. I wish nothing but good luck and prosperity to the grand festival in Tsinandali!”

“Indeed, I was struck by the joyful atmosphere around the place. People just seemed so happy at the entire scene: the surroundings, the music, the camaraderie, and the hospitality,” said Tatishev reflecting on the success of the inaugural Tsinandali Festival. “It made attending a truly special experience. I wish to thank everyone who has helped to organize the Festival, especially my dear friends and co-founders, for their hard work in getting it off the ground. Our ambition is to make the Tsinandali Festival an unmissable fixture in the international classical music calendar. On this year’s showing, I have no doubt it will fulfill this promise.”