Newsletter
HomeAviationAena has been awarded the management of 11 airports in Brazil, including Congonhas-São Paulo Airport
Airports

Aena has been awarded the management of 11 airports in Brazil, including Congonhas-São Paulo Airport 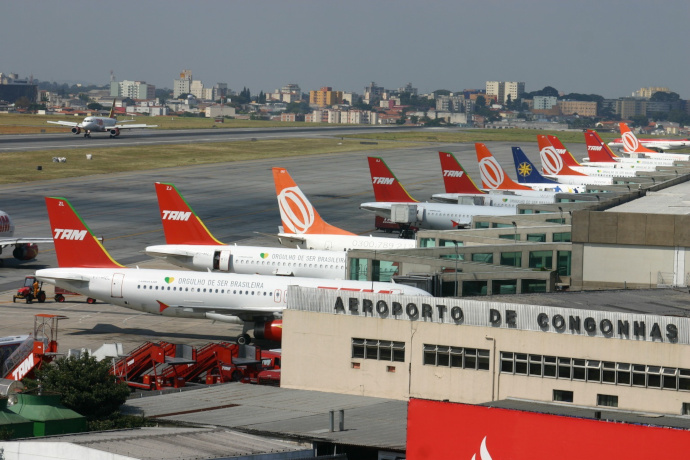 The price of the concession, as a result of the public auction, was about 468 million euros

Through its subsidiary Aena Desarrollo Internacional at public auction, Aena has been awarded the concession of 11 airports in Brazil, located in four states (São Paulo, Mato Grosso do Sul, Minas Gerais and Pará) for a period of 30 years, with the possibility of an additional five years.

The largest airport, Congonhas Airport, is the second busiest in terms of passenger traffic in Brazil. It is located in the State of São Paulo, which covers an area of 248,219 km2, or about half the size of Spain, and its population is 46.3 million inhabitants, similar to that of Spain or Argentina, twice that of Chile and four times that of Portugal. These population figures offer an enormous area of uptake. Además, São Paulo es el mayor centro financiero de Latinoamérica y Brasil, la mayor economía de la región y la novena del mundo.

Regarding this operation, which is the most significant one that Aena has carried out in the international field so far, the Chairman and CEO of the airport manager, Maurici Lucena, has reiterated that “the company’s priority is always to create value for its public and private shareholders and employees” and that “despite the hard times we have been through due to COVID-19, we are convinced that Aena’s internationalisation is a guarantee for the future of the company”. He emphasised that domestic traffic in Brazil has fully recovered since the pandemic and, therefore, concludes: “Brazil’s potential is undisputed”.

The concession airports are the following:

The management of these 11 airports entails the obligation to pay a variable consideration with a four-year grace period, consisting in a percentage of gross revenue, which will increase from 3.23% to 16.15% per year.

According to the planning and studies carried out on the investments required, investments are expected to be close to R$5 billion (at constant prices in 2020). Of these investments, 73% will be carried out during the first phase of the concession, until 2028.

The concession is for 30 years, with the possibility of an additional five years, which demonstrates Aena’s long-term commitment in Brazil. The concession contract is scheduled to be signed in February 2023.

Synergies of the largest airport network in Brazil
The awarding of the group of 11 airports is the largest international operation in Aena’s history, which, under the Northeast Brazil Airport Group, has wholly managed another six airports in the northeast of the country since 2020. Aena also has a presence in the United Kingdom, where it manages 51% of London Luton Airport, and in Mexico, Colombia and Jamaica. As such, Aena consolidates its leadership in global airport management.

Aena now becomes the manager of Brazil’s largest concession airport network. The Spanish airport manager thus highlighted the importance of the network model in which it has a great deal of experience, that is, managing many different types of airports, from international hubs to regional airports, and even island airports or airports for general aviation only. The successful network model attracts synergies in various areas and, therefore, creates managerial and operational efficiency. For example, in the case of Brazil, during the start-up of operations, the initial phase can be optimised; and in the area of technology, airport management developments can be adapted.

The Northeast Brazil Airport Group already has an established team that has overcome the devastating consequences of the COVID-19 crisis. It is immersed in an ambitious investment plan and is working to enhance the connectivity of the six infrastructures in the northeast region. Aena is therefore aware of the particularities of the Brazilian market; it has managerial experience in the country and is known by local stakeholders.

FREIgeist Göttingen Nordstadt: The heart of a new contemporary hub