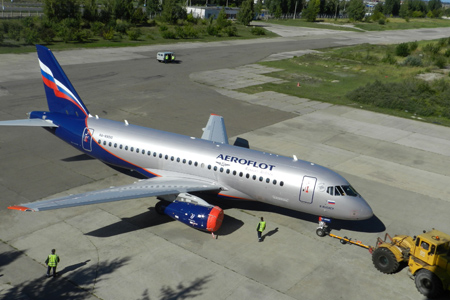 Vitaly Saveliev, CEO of Aeroflot, said: “Today Aeroflot ranks as a leading global carrier and we continue to expand our international route network. This winter we will open new routes as well as increasing flight frequencies to popular destinations. We are pleased to offer travellers new international destinations as well as additional flights to popular tourist destinations, thus expanding travel options with Aeroflot for both business and leisure travellers.”

Zmago Skobir, managing director of Fraport Slovenija, operator of Ljubljana Airport, said: "We are happy to greet Aeroflot at Ljubljana Airport. Daily flights should generate up to 50,000 additional airport passengers per year. Aeroflot is a trusted air carrier with a modern fleet that will undoubtedly have a positive impact on the visibility of Slovenia in Russia and on the inflow of Russian tourists to Slovenia. Russian travellers are traditionally good consumers, so they are expected to substantially contribute to the tourist income of Slovenia. For Slovenian travellers Aeroflot's connection to Moscow is an excellent starting point for further travels over Russia, to former Soviet countries and to Asia as well.”

Ljubljana is the capital of Slovenia, its main political, financial and cultural center. It is popular among tourists for its architecture and large number of green spaces. Ljubljana is a picturesque city with a medieval castle standing proud on the hill above the city's downtown. Ljubljana is host to a wealth of attractions whilst still being considered an undiscovered gem of Europe. The capital of Slovenia is easily accessible from other major European cities, including Vienna in Austria, Venice in Italy and Munich in Germany.

Aeroflot operates daily flights to all of these destinations and starting from October 28 is expanding its European route network and increasing flight frequencies. Now your trips to Europe with Aeroflot can be even more convenient and waiting times for connecting flights from our hub at Moscow Sheremetyevo even shorter.

Vitaly Saveliev said: “Today Aeroflot ranks as a leading global carrier and we continue to expand our international route network and offer new convenient connections for our transit passengers. This winter we are pleased to offer travellers new international destinations as well as additional flights on select popular routes, thus expanding travel options with Aeroflot for both business and leisure travellers.”

“We are very pleased to welcome Aeroflot to the growing list of international airlines at Dubai World Central. As an airport that offers a fast, friendly and convenient customer experience, DWC is emerging as an airport of choice, particularly for point to point routes. Aeroflot’s addition will further boost that popularity by expanding the airport’s connectivity. Considering that Russia is among the fastest growing destination countries for Dubai, the launch of Aeroflot’s services to DWC couldn’t have been more timely,” said Paul Griffiths, CEO of Dubai Airports.

Dubai is the largest and most populous of the seven emirates that make up the UAE. It is a city of superlatives: people come here to see the tallest buildings, drive the fastest cars, shop in the most luxurious malls and enjoy the best tourist amenities. On top of that, Dubai is a key Middle Eastern business hub. Known for customer service excellence and world-class amenities, Dubai is a popular destination for both tourists and people travelling on business.

Flights to and from DWC, which is easily accessible from the most popular resorts and busiest commercial centres of the city, give passengers additional options for getting in and out of Dubai. Russia’s flag carrier this winter will continue to operate services from Moscow to Dubai International (DXB), bringing the total number of flights per week on Moscow-Dubai routes to 28.

In recent years, Aeroflot has established a reputation as a top choice for transit passengers, offering customers convenient connections through the company’s Moscow hub. Moscow’s geographical location and the seamless connectivity via its modern facilities at Sheremetyevo Airport mean that journeys between different continents can be two hours or even shorter than through other major hubs. At the same time, Aeroflot offers its passengers top-class service and some of the most affordable fares globally.