Aeromexico expands its global network to Italy, Japan and Spain 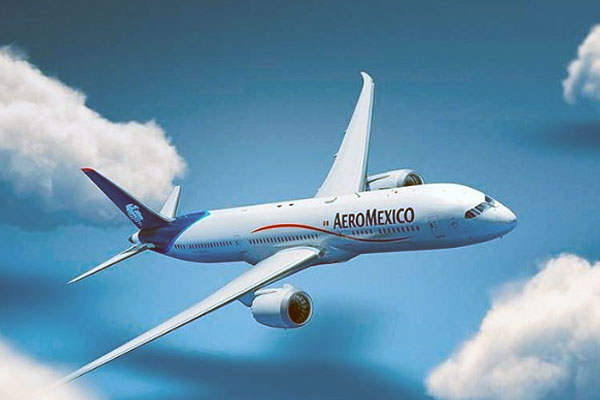 From Mexico City, Aeromexico will begin service to Rome and restart service to Tokyo. From Guadalajara and Monterrey, Aeromexico will increase frequencies to Madrid to daily. This will be Aeromexico´s largest schedule ever between Mexico and Europe, with 54 weekly non-stop flights
during the peak summer season to five European cities: Madrid, London, Amsterdam, Paris, and now Rome.

MEXICO CITY – Aeromexico announce its continued commitment to connect Mexico with the world next summer. Starting March 25th the airline will fly non-stop to Rome and resume service to Asia through a daily non-stop flight to Tokyo, both from Mexico City. In addition, starting March 27th Aeromexico will increase frequencies to Madrid from both Monterrey and Guadalajara, first with five weekly flights, increasing to daily on June 1st.

Adding a new destination to its global network, Aeromexico will operate three non-stop flights a week on the Mexico City-Rome route, increasing to five flights on June 1st. Customers will not only have direct access to the "Eternal City", but also convenient connections to many other exciting destinations in Italy such as Milan, Turin, Genoa, Venice, Florence, Naples, Catania, and Bologna.

With the return to Tokyo after almost 3 years, Aeromexico is excited to add Asia back to its global network, providing non-stop service to Mexico City and connecting options throughout Mexico and the Americas and via Tokyo to points throughout Asia.

Also, with the success of its Guadalajara – Madrid and Monterrey – Madrid routes, Aeromexico is expanding its frequencies in each market from three times weekly to daily operations by June 1st. The frequencies will increase from three to five weekly March 27th, and then daily on June 1st.

Aeromexico currently connects Mexico and Spain with 20 weekly flights from Mexico City, Guadalajara, and Monterrey. By June 2023, there will be 28 flights per week departing from those three cities to Spain.

With the new flights, Aeromexico´s offer to the European continent will increase by more than 20% vs summer 2022, operating 54 Mexico-Europe frequencies per week. This is the most service in history by Aeromexico between Mexico and Europe, all operated with the Boeing 787 Dreamliner; the safest, most modern, efficient, and environmentally friendly aircraft available.

All long-haul flights operated by Aeromexico are attractive for the interexchange of commodities, and Aeromexico Cargo has the capacity, infrastructure, and certifications to transport them. In the last 12 months, the company moved more than 136 thousand tons through its entire network.

Mexico's global airline will continue to offer the best connectivity in the country and by March 2023 will exceed 100 domestic and international routes, operating under the highest safety and service standards in the industry.

On the road: Five situations that require a professional car locksmith while on the go