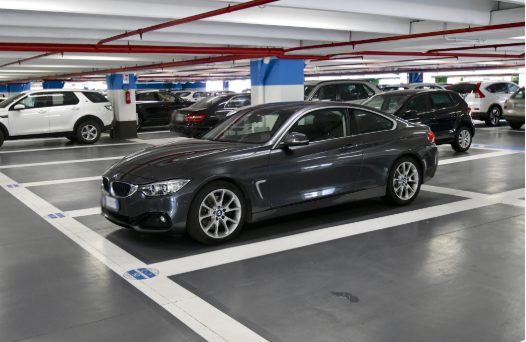 From 2017 to 2018, bookings for parking at Italy’s largest airport, Rome Fiumicino (FCO), and Rome Ciampino (CIA) – both of which are directly managed by ADR – increased by 198%, as more people seek out online travel deals.

The renewal announcement builds upon the success of the previous contract, which began in 2017 following a successful first year of collaboration in 2016.

From 2017 to 2018, bookings for parking at Italy’s largest airport, Rome Fiumicino (FCO), and Rome Ciampino (CIA) – both of which are directly managed by ADR – increased by 198%, as more people seek out online travel deals.

Effective collaboration between the two companies has seen ParkCloud promote eight of ADR’s official car parks through its various marketing channels, which includes its popular B2C site, ParkVia – a well-recognised consumer brand within the Italian market.

With more than 11,000 parking spaces across the two airports, drivers have a range of options comprising covered multilevel terminal car parks, ideal for short stay passengers that want to park up close to the airport, and open air and covered long-stay options, just a short shuttle ride to the terminal buildings – which is free for customers and runs regularly.

Pierluigi Oliva, Head of Operational and Digital Marketing for ADR, said: “As an increasing number of our passengers look to what digital travel can offer them, it’s imperative that our partner network works in collaboration with us, integrating at every point, so we can continue to offer passengers a first-class travel experience.

“ParkCloud’s expertise in marketing to a diverse range of audiences has enabled our partnership to grow from strength to strength, as our customers choose to make repeat bookings with ParkVia, amongst other channels. We anticipate an equally prosperous term for 2019/20 and look forward to working with the team to build upon this established success.”

ADR recently announced record figures for 2018, with 49 million travellers passing through both airports over the last 12 months. A successful international campaign to promote Rome as a travel destination, the introduction of a series of direct flights to new countries, and significant growth in traffic between North and South America and Asia have all been attributed to the surge in numbers.

ADR is offering a 15% discount on long-stay parking bookings with entrance between 10 March and 15 April.