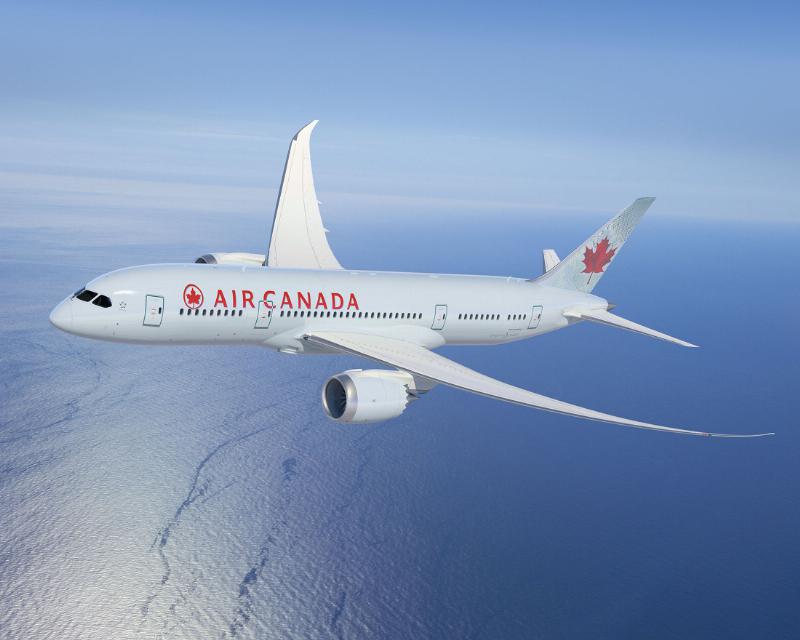 In 2016 the company invested significantly in its fleet and product, taking delivery of nine new Boeing 787 Dreamliners in 2016 with nine more planned for 2017, reconfiguring its entire Boeing 777 fleet with state-of-the-art Dreamliner cabin configuration and inflight entertainment systems, and completing its milestone order for up to 75 Bombardier C Series aircraft.

MONTREAL – Air Canada provided a review of 2016 highlights as it prepares to celebrate its 80th anniversary year in 2017.

"We had a highly satisfying year in 2016 on many fronts and at the start of this new year, in which we celebrate both Air Canada's 80th anniversary and Canada's 150th, I would like to thank our loyal customers, dedicated employees and invaluable business partners who have helped us achieve it," said Calin Rovinescu, President and Chief Executive Officer.

"We produced record EBITDAR financial results during each of the first three quarters of 2016 on which we have reported.

"We significantly increased our global footprint with the launch of 28 new routes including 15 new international and 12 U.S. trans-border routes. With new service to Morocco, we joined the elite club of global carriers serving all six continents.

"We won many awards, including being named the fastest growing brand among Canada's largest companies and being recognized by Skytrax as the only Four Star international network carrier in North America. We were also named among Canada's Top 100 Employers for a fourth year in a row.

"We invested significantly in our fleet and product, taking delivery of nine new Boeing 787 Dreamliners in 2016 with nine more planned for 2017, reconfiguring our entire Boeing 777 fleet with our state-of-the-art Dreamliner cabin configuration and inflight entertainment systems, and completing our milestone order for up to 75 Bombardier C Series aircraft.

"Shareholders took note as well. Our common shares returned nearly 34 per cent over the year, outperforming all of our North American airline peers, the Dow Jones U.S. Airlines Index and the S&P/TSX Composite Index.

"Our appreciation is extended to all of our stakeholders who have helped us achieve this success in 2016 and we look forward to another strong year in 2017," concluded Mr. Rovinescu.