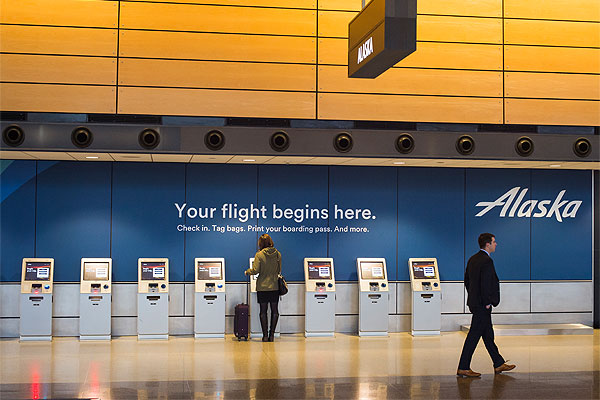 The Mexico City flights will operate using fuel-efficient Boeing 737 and Embraer E175 aircraft. Onboard, guests will enjoy Alaska's award-winning service, along with features to help make the most of their flight. Alaska Beyond Entertainment offers free entertainment direct to customers' own devices. Other onboard amenities include a selection of food and beverage inspired by local chefs, custom leather seats with adjustable headrests, and power outlets throughout the cabin.

Alaska Airlines and Virgin America along with their regional partners, fly 40 million customers a year to 118 destinations with an average of 1,200 daily flights across the United States and to Mexico, Canada, Costa Rica and Cuba. With Alaska and Alaska Global Partners, customers can earn and redeem miles on flights to nearly 1,000 destinations worldwide. Learn more about Alaska's award-winning service and unmatched reliability at newsroom.alaskaair.com and blog.alaskaair.com. Alaska Airlines, Virgin America and Horizon Air are subsidiaries of Alaska Air Group.