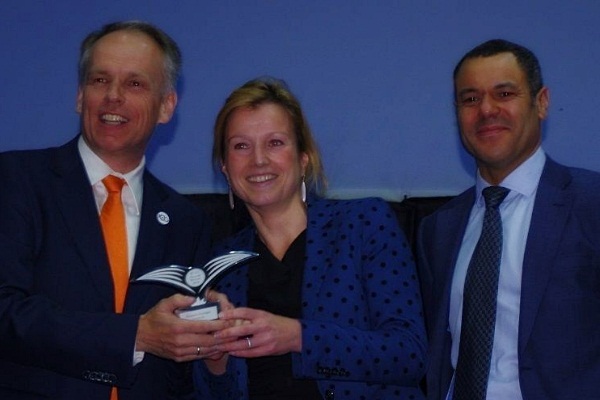 The annual Routes Marketing Awards recognise excellence in airport and destination marketing. Airlines vote for the marketing services that support the successful launch of new routes or the development of existing ones, making them highly regarded in the aviation industry.

KRAKOW, POLAND – Amsterdam Airport Schiphol was announced as the overall winner of the Routes Europe edition of the Routes 2016 Marketing Awards at a ceremony in Krakow, Poland.

The annual Routes Marketing Awards recognise excellence in airport and destination marketing. Airlines vote for the marketing services that support the successful launch of new routes or the development of existing ones, making them highly regarded in the aviation industry.

Speaking just after receiving the highly regarded accolade, Lotte Harbers, director aviation marketing, Amsterdam Airport Schiphol said: "It is a great pleasure for us to come up onto the stage to collect this award voted for by our airline partners. We are really happy as it is important for us to be recognised by the industry. We have been nominated many times previously so it is great to take home the prize."

"It feels great to be out on top again as it shows that airlines really value what we do for them. That is what counts the most for us," added Marcel Lekkerkerk, director aviation marketing, Amsterdam Airport Schiphol.

"We like to give the airlines the personal touch and not a general approach. We treat all of our airline partners differently and provide solutions that support their business needs to deliver a sustainable solution for both parties," said Lottie Harbers.

The awards, which are voted for exclusively by airlines, are split into four categories.

As overall winner of tonight's awards, Amsterdam Airport Schiphol will be automatically shortlisted for their category at the World Routes Awards in Chengdu, China on 26 September 2016. Auckland Airport and Nassau Paradise Island Promotion Board are also shortlisted from previous regional wins at Routes Asia and Routes Americas.

"We're delighted to mark the achievements of all of our nominated airports and destinations in this regional heat of the Routes Marketing Awards. Year-on-year we are impressed by the calibre of the submissions," said Adrian Newton, Group Director, Aviation & Technology, UBM EMEA, who presented the awards.

A respected panel of judges made up of senior members of the airline network planning community reviewed airline nominations and submissions from the nominated airports in order to determine the winners.