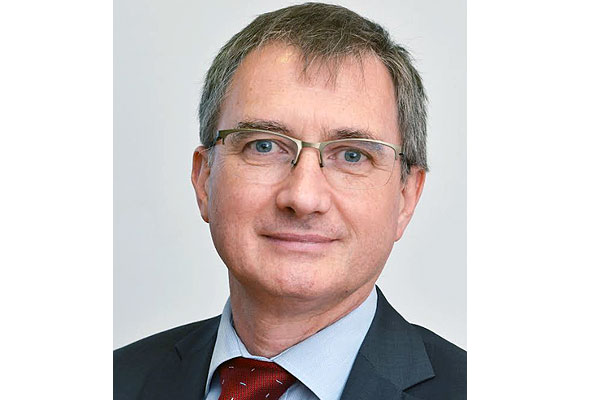 Eric Vincent has been Director of Sales and Programme in ASL Airlines France, and a member of the airline’s Executive Management Team since 2009.

DUBLIN and PARIS – ASL Aviation Holdings has announced the appointment of Eric Vincent as Managing Director, ASL Airlines France. He will take up his position immediately. “This is an excellent appointment, and we are delighted that Eric will take up the reins at ASL Airlines France”, said ASL Aviation Holdings Chief Executive, Dave Andrew. “He will bring his many talents and his own flair and fresh thinking to the airline, while also benefiting from the legacy of quality and service that he helped to create during his years leading the commercial team at ASL Airlines France”.

Eric Vincent has been Director of Sales and Programme in ASL Airlines France, and a member of the airline’s Executive Management Team since 2009. Since then, he has been responsible for the airline’s cargo and passenger sales and marketing, flight scheduling and sales administration.

Having graduated from Reims Management School (now NEOMA Business School) in France and Middlesex University in the UK, Eric worked for La Poste Group in France before being seconded to the French postal service’s airline L’Aéropostale which subsequently became Europe Airpost and later ASL Airlines France. He went on to spend ten years at GeoPost/DPDgroup where he was Managing Director of several GeoPost business units in Turkey, Romania, Bulgaria and Greece.

“This is an exciting new challenge that comes as the global aviation industry is fighting to come back from the devastation caused by the COVID pandemic”, said Eric Vincent. “I am delighted to lead ASL Airlines France with the support of our very talented team as we continue to shape the airline for a new aviation world where environmental sustainability will be a critical component of the essential services that we provide”.

“We have a superb record in ASL Airlines France for innovation, quality, reliability and our unique service offerings, and we will aim to build on this to support the continued growth and success of ASL in Europe”, Eric continued.

“Its full speed ahead now for ASL Airlines France”, said Dave Andrew. “Eric’s knowledge of the airline and his plans for the future are a great combination for the airline as it shapes its cargo and passenger service offerings for a period of both challenge and opportunity in both the European aviation market,” said Dave Andrew.

Eric Vincent was born in Lyon, France and raised in the French Alps region. He is married with four children.