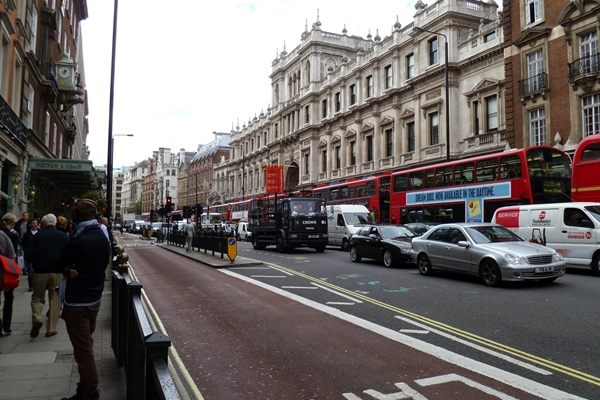 The figures bring overall domestic tourism day trips in England from January to August to 988 million, up 14% on the same period last year with spend up 9% to £32.2 billion, both records for a first eight months of the year.

New figures from VisitEngland show that Brits spent a record-breaking £5.5 billion on day trips across England in August, the highest spend recorded for a single month since the day-tripping survey began in 2011.

August also saw the highest number of day trips taken in any month since 2012, with 151 million day trips across England, up 14% on August 2015.

The figures bring overall domestic tourism day trips in England from January to August to 988 million, up 14% on the same period last year with spend up 9% to £32.2 billion, both records for a first eight months of the year.

VisitEngland Chief Executive Sally Balcombe said: “It is fantastic to see that more of us are getting out and experiencing the huge range of quality destinations and tourism products on offer right across the country. England is packed full of incredible experiences that you can only get here and we look forward to continuing to work with the tourism industry to develop England’s competitive tourism offer, get more people out exploring the country and drive growth across all the regions.”

The North East of England saw the largest percentage increase in the number of day trips from January to August compared to the same period last year with 52.8 million trips, up 34%, followed by the West Midlands with 95.1 million trips, up 30%.

On spend from day trips, the East Midlands saw the largest percentage increase, with day trippers spending £3 billion from January to August, up 31%, followed by the South East, up 29% to £5.6 billion. London had the largest spend on day trips with £7.3 billion.

The top journey purposes for day trips were to ‘go out for a meal’ followed by ‘taking part in leisure activities’ including walking, cycling and golf, and ‘visiting friends and family.’

Last month UK Prime Minister Theresa May launched a ‘Tourism Action Plan,’ underlining the Government’s commitment to the continued success of the tourism industry which last year generated £22.1 billion in spending from inbound tourism to Britain and £19.6 billion from domestic overnight tourism spend in England, both record results. The plan also reiterated the Government’s commitment to improving England’s competitive tourism offer through the launch of a three year fund to build world-class ‘bookable’ tourism products that showcase the best of England to international and domestic visitors.