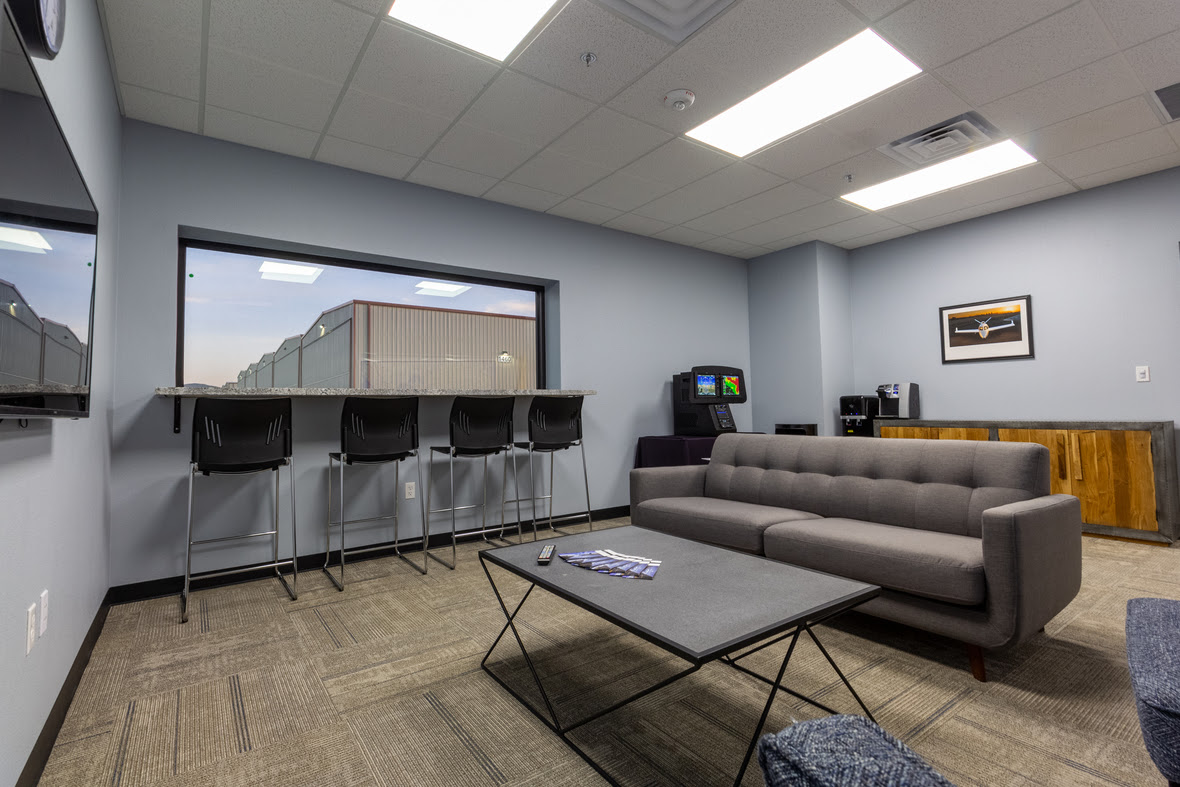 LAS VEGAS, NEV. – All In Aviation and maintenance partner Lone Mountain Aviation announce the opening of their aviation complex at Henderson Executive Airport (HND). Constructed by NDL Group, the facility was built to serve the growing needs of the general aviation community in the south valley, and is the first purpose-built, multi-use aviation complex of its kind at HND.

Lone Mountain Aviation and All In Aviation have opened the doors to their jointly operated aviation facility at Henderson Executive Airport.

The customer lounge features sweeping views of Henderson’s southern mountains, framed by the facility’s taxiway of 25 aircraft storage hangars – including 16 “T” hangars for small personal aircraft and 9 box hangars for mid-size business jets, all of which are 100% leased and occupied.

“Kenny and I are excited to have finally opened our doors, after four years of planning and 12 months of construction,” said Paul Sallach, founder of All In Aviation, of his partnership with Kenny Scherado, president of Lone Mountain Aviation. “Although we have decided to delay in celebrating our grand opening with the general public, we are open for flight training, aircraft rental, sales and maintenance and look forward to serving the needs of our growing community,” he continued.

All In Aviation is also looking forward to debuting a 3-day ground school program, which is currently in development to attract pilots from all over the country.

Prior to opening, All In Aviation expanded operations to include the hiring of additional certified flight instructors, in addition to its first-ever Director of Flight Operations, Carl May, and added an 8th aircraft, a 2016 Cirrus SR22, to its fleet. In addition, Lone Mountain Aviation hired 14 maintenance and avionics technicians, parts and support staff to accommodate the company’s expansion.

Recently, Sallach was honored with the U.S. Small Business Administration’s “2020 Small Business Person of the Year” award for Nevada, and All In Aviation was recognized by the Henderson Chamber of Commerce as the “2019 Small Business on The Rise” at its annual Economic Development Awards in November.